When you arrive on Skellige go and see Crach an Craite. He should be able to tell you where you can find Ermion. Make your way to Ermion and he’ll be having a discussion with Madman Lugos who will attack and you’ll be forced to kill him.

Once you’ve killed Lugos and his men walk along with Ermion. Ask him about the Sunstone. He doesn’t know where it is but he suggests talking to Eyvind and the pearl divers.

Follow the map marker to Eyvind. He’ll be standing on a hill on the lookout for the legendary White Whale. Start a conversation with him and the White Whale will appear while he’s distracted. You can try to point it out to him but he’ll still miss it. Ask him about the elven ruins but if you mention the name Ermion he’ll refuse to help you further and you’ll need to go and see the pearl divers. 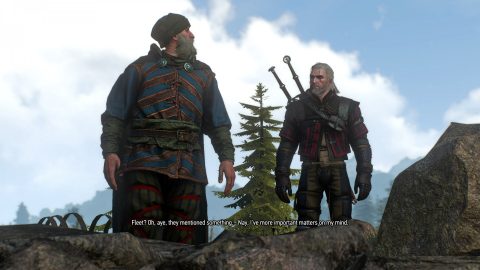 The Pearl Divers can be found in an underwater cavern on the eastern side of the Eldberg Lighthouse. Talk to them and they’ll give you all the information you need. You’ll then be attacked by Drowners.

Go back and talk to Yennefer. Ciri will decide that she wants to gather information about Avallac’h and this begins the Child of the Elder Blood quest. Philippa will help you find the Sunstone.

Make your way to the Ancient Crypt which should now be marked on your map. Philippa will be waiting for you outside. Inside you’ll be attacked by a Siren and Drowners. Take them out and then use the Igni Place of Power nearby.

Continue along the path and you’ll be attacked by a Golem. Kill it and continue to a large cavern where you’ll need to use the mirrors to deflect the light beam to the secret door where Philippa is standing. 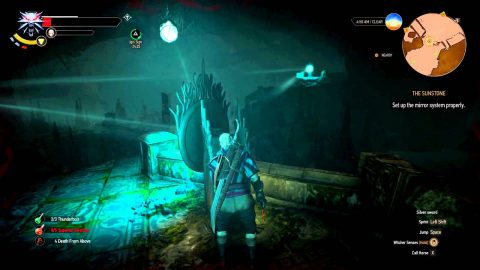 Follow the beam off light and turn the mirrors so they’re facing in the right direction. Make your way over to Philippa. After a brief chat she’ll have over the Sunstone, turn into an owl and fly away. Use the secret door to make your way out of the ruins.