Mugen and Yuki work together on this mission to steal some papers from a local lord. Yuki travels too far away from Mugen on the rooftops and loses sight of him. Your first task is to bring Yuki back to Mugen. This mission is unique in that if you walk over snow your footprints can be spotted for a few seconds. 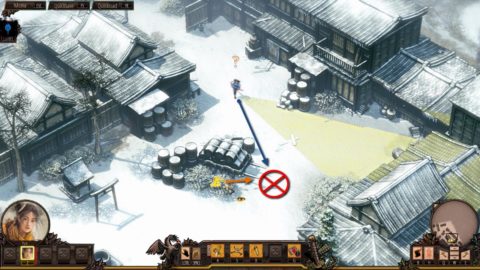 Move Yuki up to the bushes and then duck her out for a second so that the guard can see the footprints. He’ll come and investigate, which is when Yuki can take him out. 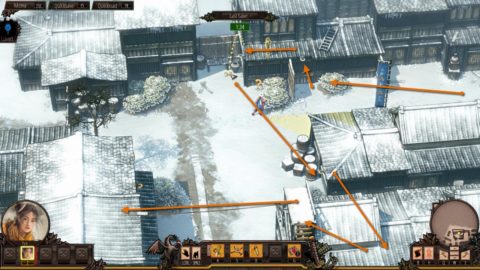 Bring Yuki forwards to the bushes by the house. Take out the guard nearby and then make some footprints so the guard to the west will come and investigate. Hop onto the roof and then run around him to the building further south. Make your way around the rooftops and then west over the rope.

Continue over the trapeze rope to the next building and hop down to meet up with Mugen. There are two entrances to the walled off area, a southern gate and a northern gate. The southern gate is closer so this walkthrough will assume you’re using that gate. 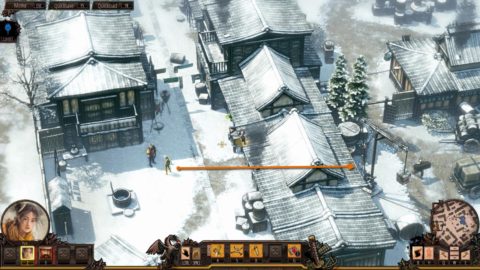 Have Yuki hop back onto the roof and drop down on the other side into the bushes. She’ll have to wait here until Mugen can catch up. Send Mugen through the open gates and make footprints to draw in the guard outside. Take him out and then the Samurai guarding the other gate. 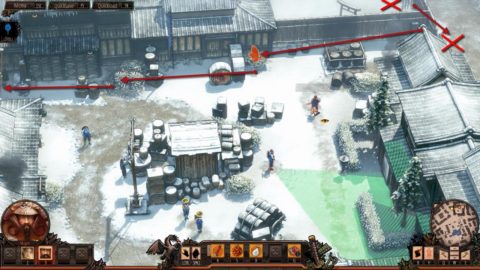 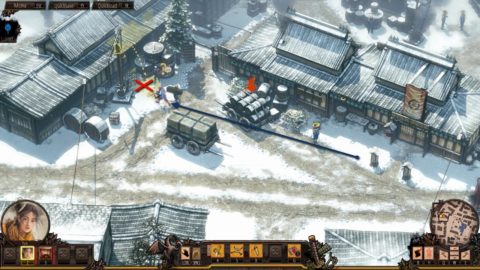 This will make a noise and the guard will notice Yuki’s footprints and coming running. Grapple up to the roof and then drop down on him. Drag him into the bushes if he’s not there already. Now Mugen can easily take out the Straw Hat Guard. 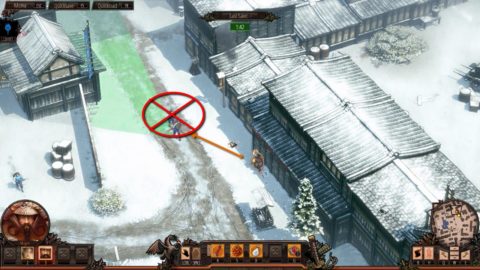 Sneak along to the east, hugging the buildings as you go. When the two guards on patrol get far enough away use Mugen to Sword Wind both of them. 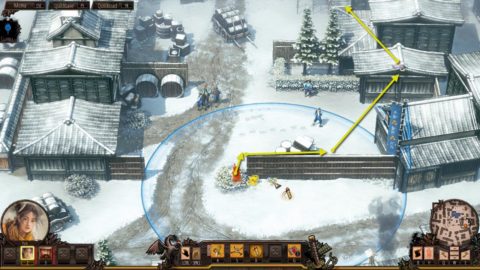 Use Yuki to play the flute and lure the closest guard and then kill him with either Mugen or Yuki. Run Yuki behind the barrels and then up onto the roof. From their she can sneak up to another guard on the lookout and take him out.

Have Yuki jump from the roof to the wall and then into the secure area. Crawl through the hedges towards where the Samurai with the key is patrolling. 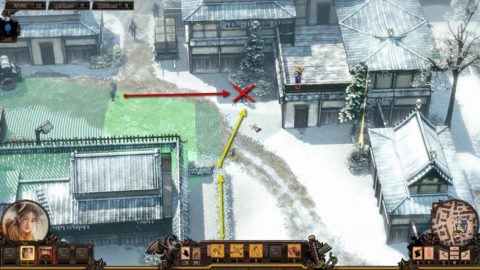 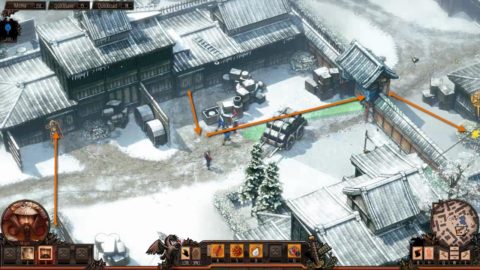 Back to Mugen. When the guards aren’t looking enter the building and come out the other door. When the guards go on patrol away from the gate sneak into the gate and meet up with Yuki. The goal now is to break one of the towers to distract the guards and then steal the papers from the Official before getting onto the wagon to make your escape. 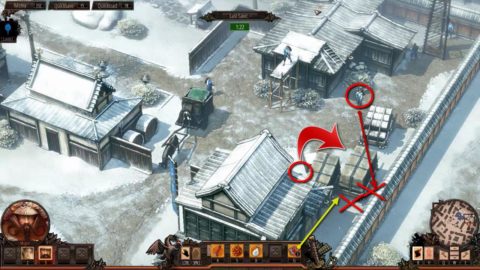 Crawl Yuki up between the fence and the building. Use the flute to lure the two guards, one-by-one and then kill them behind the carts. 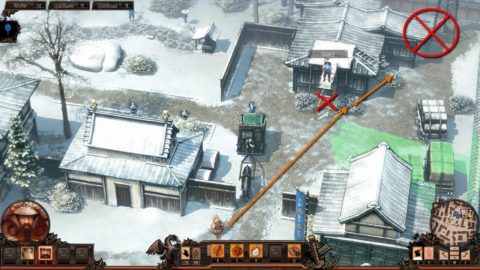 Bring Mugen around the other side of the building, otherwise he’ll walk through the snow and leave footprints. Run him to the bushes by the lookout and destroy the lookout while the guard is standing on it. Sneak to the bushes further up, throw a Sake bottle to attract the guard who’s looking this way and then use Sword Wind to kill all three guards. 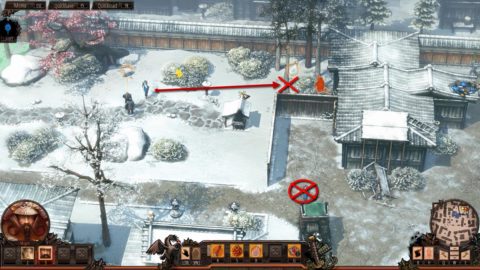 There are still two guards to deal with before Yuki can steal the papers. Throw a Sake bottle near to the bush where Mugen is hiding when the Official is walking away. Kill him when he comes to pick it up and hide the body. Also go through the building. Hide behind the fence and kill the second guard when he passes by the fence.

Now when the Official walks past Yuki can sneak out and steal the papers. Bring her down into the bushes by the Wagon and then into the Wagon. Mugen should be close to the Wagon also so have him hop on board to end the mission.