Inkwell Isle 1 is the first island in Cuphead and it’s where you’ll try out some new weapons and abilities. There are 5 bosses to defeat, 2 run and gun stages and a Mausoleum. The Mausoleum is where you can gain a new Super ability. You can pick up Coins during the Run and Gun phases and you’ll need to defeat all of the bosses before moving onto the next isle. You can see a full video walkthrough of all of these stages below.

The first character you’ll meet is Tomato Head who’ll give you 3 Gold Coins. You can spend these at Porkrind’s Emporium just to the right of the bridge. 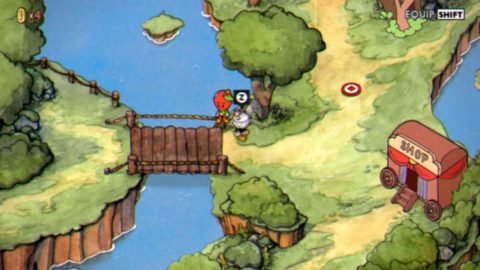 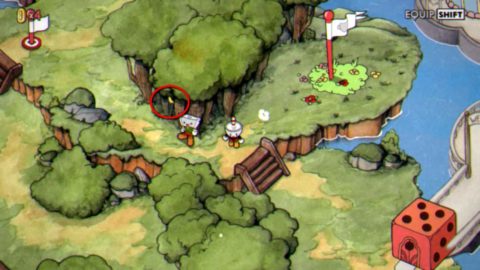 Once you’ve defeated all of the bosses and are ready to move on head to the dice to go through to the next world.