Objectives: Gather enough food to enter the Tower and then make your way up to the top to rescue the Sorceress.

Special Rules: To enter the Tower and ascend to each new level you’ll need 20 Food. Some encounters and items will switch your Food, Gold or Fame around with each other. The area around the Tower will reset each time you pay a trader so this is a good quest to complete token cards as you can try them again and again.

Fate’s Path is an essential pick for your Supplies if you want to have an easy run through this quest. You’ll also want to take at least a few cards that give you food as you can’t enter the first level of the Tower until you have 20 Food. You can replay the encounter cards over and over when you reset the area around the Tower.

As long as you have Fate’s Path as soon as you enter the first map all of the encounters will be revealed as your starting location is also the finishing location. Head to the encounters that will give you food. The Silver Deer encounter will swap two of either your Food, Gold or Fame around. So if you have high Gold or Fame you can potentially switch this for Food.

The Tower Levels: Once you have 20 Food you can enter the Tower and begin the first trap level. Once that’s complete you’ll come back down the Tower to the surrounding area and you’ll need another 20 Food to get to the next level. Continue for all three levels. There doesn’t appear to be a fourth level.

Once you’ve completed the three levels return to the Tower once more. This time the Empire Soldiers have gone up the Tower to kill the Sorceress at the top. You have 2 Minutes to get to the top of the Tower in order to win the Gold Token. It’s fairly easy to do. Once you get there be prepared for the final battle. 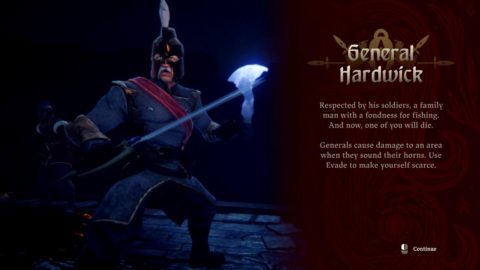 The General and his band of Empire Soldiers shouldn’t be any more difficult than anything you’ve faced up until now. He doesn’t wear armour so just hit him with your normal attacks and make sure to stay out of the way of his Rain of Arrows attack.