After the cutscene swim forwards towards the raft and turn right to the waterfall. Swim behind the waterfall and run up the passage behind it. At the top Jump to the horizontal bar, to the handhold on the wall and then the next handhold on the left. Jump back to grab the rope and drop onto the crate. 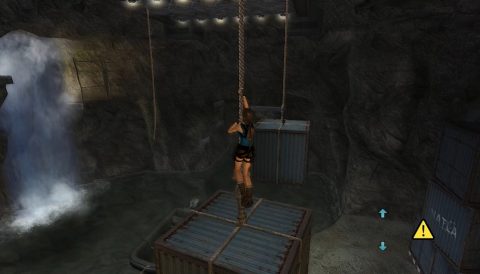 You can’t do anything about the Rats until you find your pistols so jump past them and climb onto the cart where you’ll find the Red Fuse. 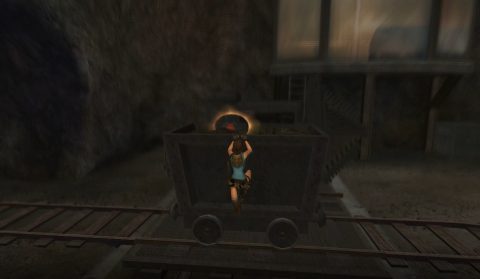 Follow the tracks back to the control room and head up the stairs to the entrance. Place the Red Fuse in the receptacle to the left and press the Green Button to the left of it. This moves the suspended crate a little to the left so you can see a passage behind it.

Leave the control room and climb up the crates to the Large Medipak. Drop down and grab the yellow crate. Pull it closer to the room with the crate hanging above it. Climb onto the crate and the onto the roof.

Jump across the tops of the two wooden poles to the handhold on the wall. Jump to the left, up and then back to swing from the horizontal bar. Jump to the sloped platform and then across to the platform with Artifact #1. 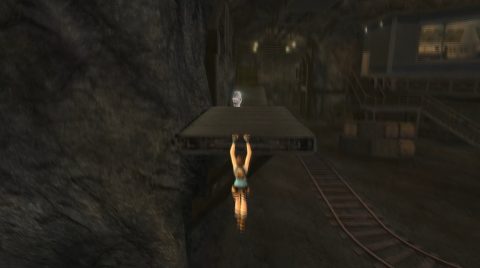 Grab the artifact, drop down to the ground and climb back onto the roof of the small building. This time jump into the passage that you uncovered earlier. Run through and jump across the gap.

You’ll come back out across from the control room. Drop down to the platform and push off the yellow crate. Take a running jump to the next ledge and then to the handhold on the wall to the right.

Traverse to the left, jump left then up and then left to the next platform. Make your way across the platforms and then left over the fence. Drop down to the Green Fuse below.

Use the grapple to run along the wall closer to the ladder on the other side. Jump out to the left to grab the handhold and then over to the ledge with the ladder. 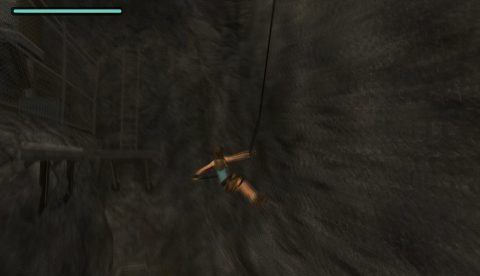 Climb up the ladder and jump over the fence. Make your way back to the control room and go inside. Use the Blue Fuse on the second fuse slot and press the Green Button next to it. This will rotate the crate with the crat around to the center of the room. Press the Button next to the Red Fuse again to slide the crate out so you’ll be able to jump to it.

Leave the control room and climb up the crates to the dangling crate. Climb around to the left and then jump backwards. You should land on the ledge behind you.

Run through the tunnel and take the first right. Climb down the 2 ladders and then drop down to the ground. At the other end of the pit you’ll find the Blue Fuse. 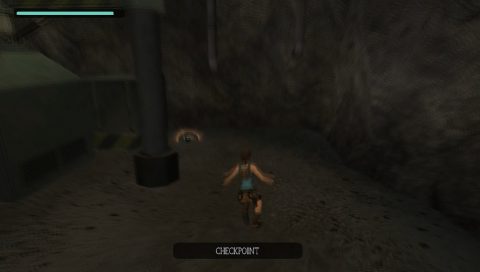 Jump backwards to another handhold and up twice into a small cave. Jump back across the gap to the passage where you came from.

Climb up the ladders and run along the passage. At the intersection turn right and do a jump over the fence. Make your way along the tracks to the left back to the control room.

Leave the control room and use the yellow crate to climb up the roof and drop into the building. Pick up your Pistols from the crate and smash the windows. Jump out and deal with the rats once and for all.

Head along the tracks to the left where you found the first fuse. Climb onto the cart and use manual aim to smash the windows. 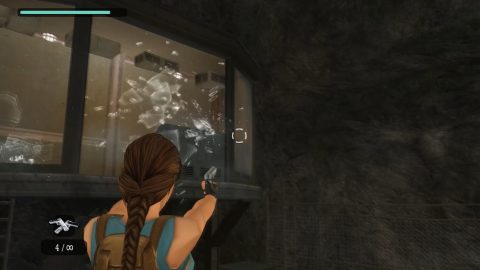 Climb onto the back of the drilling machine and activate it to ride along the tracks. You’ll be stopped by Larson.

After the cutscene grab the Shotgun from Larson and enter the control room. Place the Blue Fuse back in the third slot and press the Button next to it to lift up the crate. Before riding the machine again we’ll take a detour for the relic.

Detour for Relic and Artifact #2 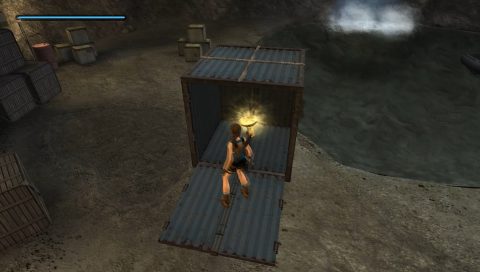 Dive into the water and head up the passage behind the waterfall. Make your way back to the drilling machine in front of the control room.

Climb onto the drilling machine and activate it. This time Lara will burst into the area with a lava pool.

Jump to the platform on the left side, then forwards to the top of a pole and right to another pole. Jump back to grab onto the pole you just came from and then back to the handhold on the lower part of the first platform. Traverse around to the left, jump to the small beam poking out of the lava and then onto the platform with the 50-Caliber Pistols.

Jump back to the small beam, the handhold and then jump across to grab the pole. Jump to the beam to the right and over to the pillar.

Traverse to the left, jump to grab the handhold and then back onto a small ledge. 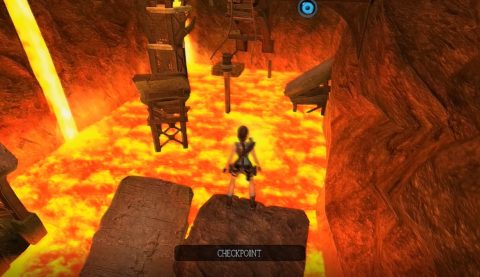 Jump up twice and climb onto the top of the pillar. Stand in the middle of the platform and jump to land on the ledge under the tracks for Artifact #3. Lara will take a little bit of damage but not much. 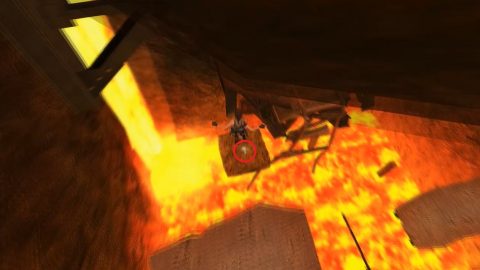 Jump across the tops of the 2 beams, to the ramp and then use the horizontal bar. Jump to the pillar, climb up and for some extra goodies turn to the right and swing across to the broken train tracks. Grab the Large Medipak and ammo before swinging back to the tunnel.

Opening the Pyramid and Final Artifact

After the cutscene grab the SMGs from the smaller goon and push the crate on the left side closer to the rocks on the left so you can climb up.

Make your way up the rocks to the top. You’ll need to press on certain spikes. You can tell which ones they are because they have an extra base around the bottom of them. When you stand on them they’ll lower down.

While it looks complicated at first there usually isn’t too many paths to take. If you make a mistake you’ll slide down and have to climb back up again.

Once you make your way to the right side jump on the switch spike closest to the rock with the artifact on top. Before it lowers all the way down jump to the crevice on the rock. 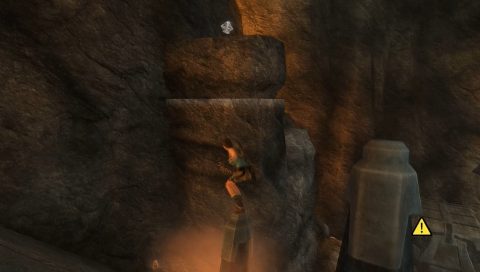 Traverse around to the right, jump over to the flat top of the rock and then climb up to grab Artifact #4.

Drop down and climb back on the left side. Finish off pressing down the switch spikes and make your way up to the central switch. Pull the Switch to open the doors down below and to complete the level.