From the first Spirit Well in the Windswept Wastes dig through the sand to the left to the plains. Shriek will attack you but this time the Wisps will protect you.

Make your way up to the sand above and dig through to the portal. This portal takes you to the Weeping Ridge. It’s a small area before the main level of Willow’s End. 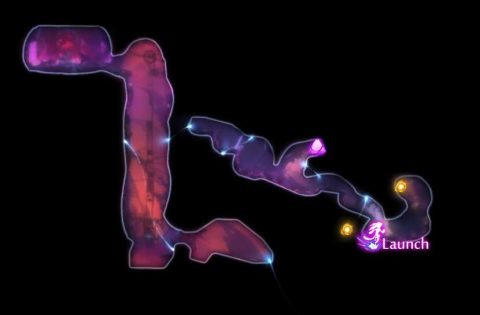 Walk to the left and pull the Lever. As the lift raises up you’ll be attacked by a few Corrupted Gorleks. They shouldn’t be too difficult at this stage of the game. When the lift stops head through the portal to the right.

Drop all the way down to the bottom of the chasm and activate the Spirit Tree for the Launch ability. This ability turns you into a projectile. You can use this on top of the dash and triple-jump abilities.

On the way back up head up through one of the portals so you can reach the Gorlek Ore above. 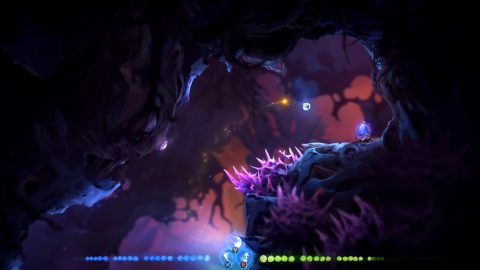 There’s nothing else here so continue back to the lift. With the Launch ability you’ll be able to jump up to the top of the lift. Continue up past the three lasers and into the entrance to Willow’s End.

When you enter Willow’s End you’ll be given a cutscene show the extent of corruption at the heart of the willow. You’ll need to destroy all the corrupted centers before entering through for the final boss fight. There are 8 corrupted cores although only 7 are shown on the map. The one missing is neat to the Gorlek Ore in the bottom right side of the map. 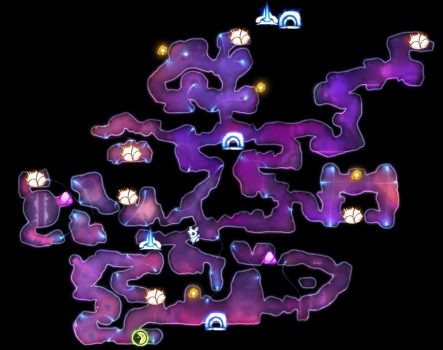 You begin at the southern end of the map. You can remove the corrupted cores in any order you like but it’s probably easiest to remove the two at the lower end of the map before heading up to the Spirit Well and then dealing with the rest.

From the entrance take the path up to the east. Head through the center of the spinning wheel and then Launch up past the lasers. Continue up to the top and destroy the infection. A large boulder will roll down. Quickly jump down and find safety by the breakable wall. 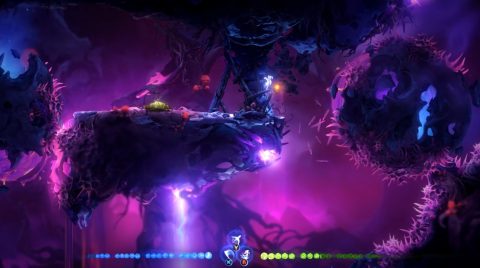 Climb back up and destroy the next infection. This time it will clear out the first part of the Willow Tree. Drop down the portal to be taken back to the bottom.

Head back to the entrance and make your way to the west. Use the spinning wheels and portals to make your way past the purple goo and lasers. Eventually you’ll come around to the second area of infection. Destroy it to clear another section of the Willow Tree. 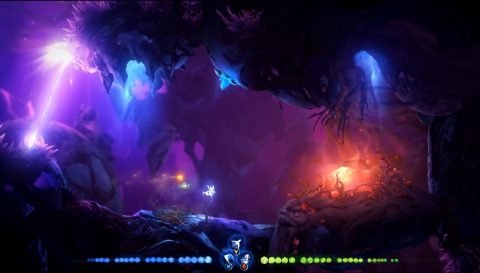 Launch through the portal above to be taken down to the final Life Cell Fragment of the game. Head back and return to the entrance.

Form the entrance take the portal directly above. Continue up and around to the west to find the Spirit Well. Just to the right you’ll find Lupo. This time he’ll offer to give you a map of the area for free.

There’s still 6 areas of infection to clear. Three to the west, two to the east and one directly to the north. I found it easiest to start with the ones to the east and do a do an anti-clockwise loop.

The infection to the east is probably one of the most difficult to destroy. You’ll need to do a loop around an use the fireballs and the portals to break the purple wall. make sure all the portals are open by breaking the rock walls first. Drop down and shoot a fireball through the lower portal. 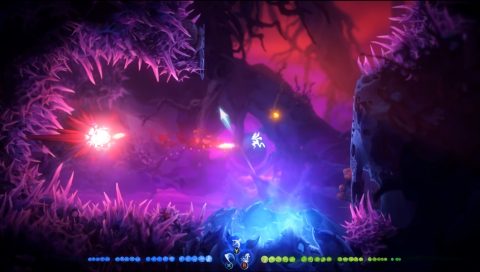 Wait for the fireball to come through the portal and deflect it into the wall to destroy it. 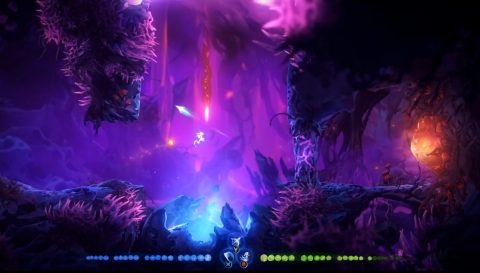 Go through and destroy the infection. This will clear out the third area of the Willow’s Heart. Head back a continue to the next infection.

Continue working your way around the map until all the infections are clear. The rest of them are much the same although one of them involves a fairly easy boss fight.

Immediately to the left you’ll find a Spirit Well. It’s a good time to SAVE your game and replenish your energy and health before the final battle. You’ll also want to make sure you have the right shards activated for a boss battle.

Launch your way up the cliff to the Spirit Willow. After the cutscene Shriek will land and the boss fight will begin. 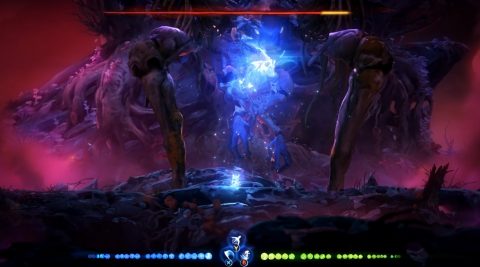 The Spirit Arc with the shards to give buffs to damage work well against Shriek. Once it’s down to about 2/3 health a chase will start.

Quickly make your way to the east. This chase scene is actually pretty easy. Once you dash through the sand launch up to land on the next ledge and the battle will continue.

For the second phase Shriek will be much more active, jumping and stomping all over the place. Once Shriek gets down to about 1/3 health the final phase will begin.

Fireballs will start falling from the sky and Shriek will stomp down to destroy the ledge. You’ll need to use the Bash ability to stay in the air. 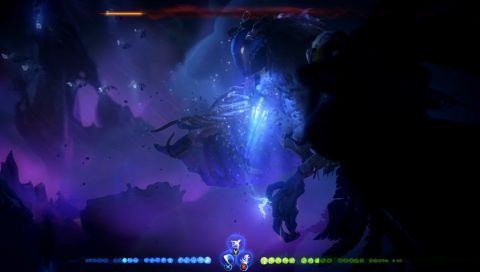 Shriek will hover on the right side for a few seconds. Now’s your chance to get off a few shots but when you do you’ll drop like a rock. Quickly launch up and use bash to deflect off the fireballs again. With one or two attempts you should be able to finish off Shriek once and for all.

Enjoy the final cut-scene and congratulations on completing Ori and the Will of the Wisps. If you enjoyed this game make sure to check out Ori and the Blind Forest.