A Game of Dice

This quest initiates the first time you find a Dice Box. Dice can be found in two places in Chapter 1. The first is when searching the corpses of the thugs who attack Zoltan Chivay outside of Haren’s house. The second is found on a corpse in the Crypt. 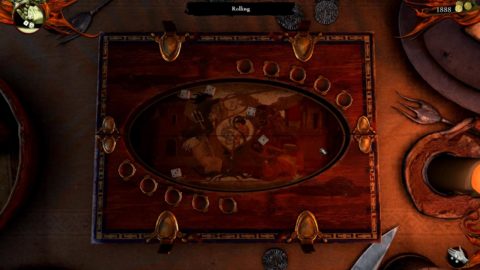 This quest continues throughout the entire game. You’ll level up from Novice to Legend by beating different players throughout each of the chapters.

To begin playing speak with Zoltan Chivay and he’ll teach you the basics of the game. Speak with him again and have a game with him to start the Dice Poker: The Novice quest.

All chances to play Dice Poker in all chapters will be listed here. There are four playing levels and you’ll need to beat the minimum number of players from a level to progress to the next level.

Novices (Must beat 3 players to progress)

Back: The Witcher Walkthrough