Memory of a Blade 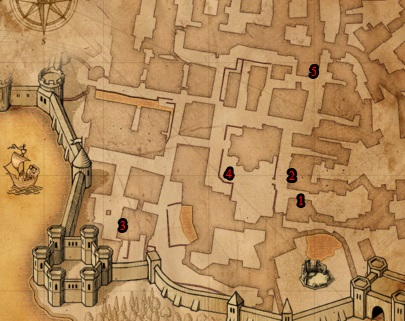 At the beginning of Chapter 2 Geralt will be thrown into prison. The only way to escape is by agreeing to kill a Cockatrice. Another prisoner wants a shot at it so you’ll need to have a fistfight with him to prove who’s the toughest. If you lose the fistfight you’ll still get a chance to kill the Cockatrice when the first prisoner gets killed.

Go to the Hairy Bear Inn (#3) and speak with the gambler. He’ll let you know that he won it from the Gardener. Make your way over to the Gardener (#4) and ask him about it. He tells you it was found after the Battle of Brenna. Shani might know something about it.

Make your way past the old lady in Shani’s house (#5) and speak with her about the sword. She tells you it belonged to Coen, a Witcher, and that you should speak to Zoltan about the sword.

Finally head over to Zoltan who usually stays at the Hairy Bear Inn (#3) and ask him about it. He’ll appraise the Silver Sword and give you an Earth Rune to use with it.

Next: Old Friend of Mine
Back: The Witcher Chapter 2