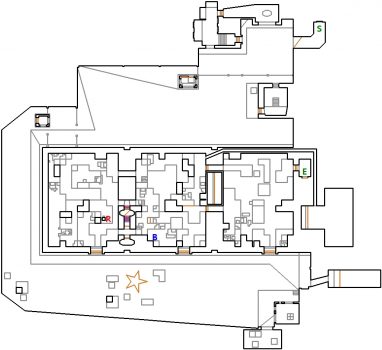 You begin the level in the north east corner of the map. Head out of the alley and explore the small building in front of you and the one to your south. Watch out for the Chaingunner in the guard tower ahead. Make your way to the west and take out the Revenant at the checkpoint. 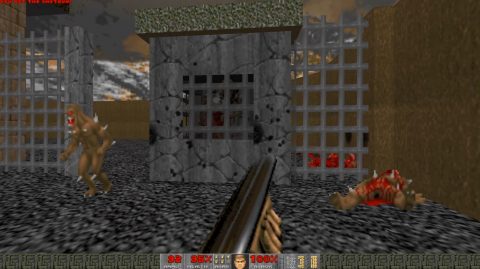 Continue around to the other side of the storage facility. There are three doors leading into the facility but don’t go inside just yet. Clear out all the enemies around the boxes and in the small building to the south east.

Come back to the boxes and run over the star on the ground between the flaming barrels. This will spawn in an Arch Vile. The only way to get to the Megasphere is to use the Arch Vile’s attack to boost you up to it. You may want to SAVE the game before you attempt this trick. 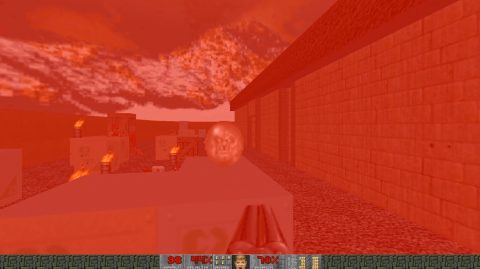 Enter the facility using one of the first two doors. The third door requires a Blue Key. Navigating the storage rooms is easier than it first appears and the facility is split into three sections.

To get to the Red Key you’ll need to go into the middle section, loop up and around the tunnel between the sections in the north and then make your way around the western storage area to the Red Key. 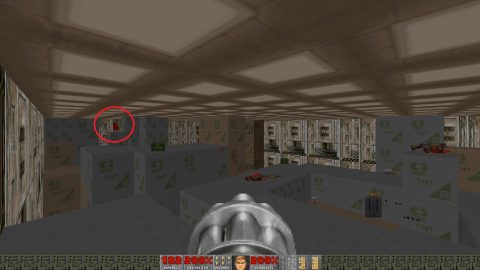 Drop back down and head back to the middle section. In the south east corner you’ll find a Soulsphere. When you get to this area many enemies will spawn behind you. Just to the right of the Soulsphere you’ll see the Blue Key. 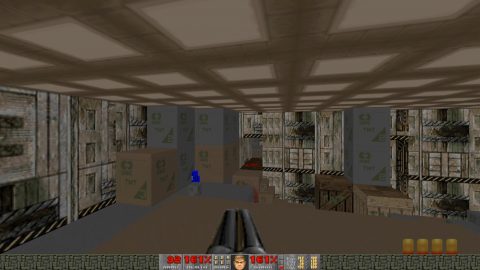 Before heading to the final area grab the Secret in the tunnel between the west and middle section. The tunnel is in the middle on the ground level. Open the wall to the south for Secret 1.

Open the wall at the back of the small room to activate the lift. This is Secret 2. If you time the ride up the wall up the top will also be open, giving you access to a Megasphere. 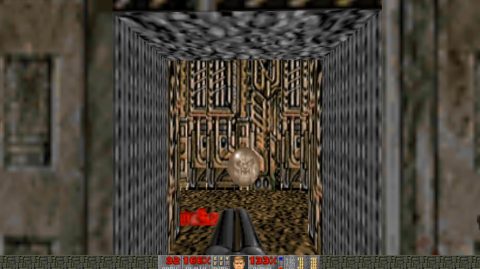 Take either the Red or Blue Door into the eastern section of the facility and clear out the enemies. This area is quite dark but you can find the Light Amplification Visor if you look around the ground.

Once the enemies are clear grab the Plasma Gun on top of the boxes in the south east corner and dash across the tops of the boxes to the Exit.