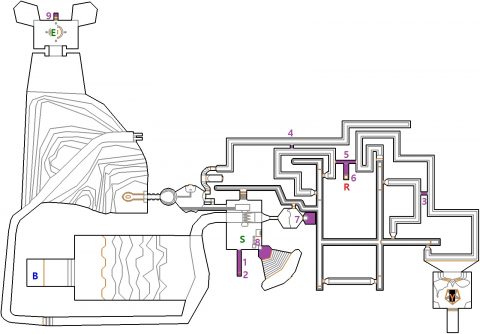 Turn to the right and immediately shoot a Rocket into the group of Shotgun Guys and Chaingunners. There is a fake wall to the south. Step through it for Secret 1 and Secret 2 with a Soul Sphere.

Head along the river to the green grass and walk towards the doors. When you get close the doors will open automatically and some tough enemies will spawn in, an Arch Vile, Barons of Hell and a Revenant.

Go through the wall at the back of the room that opened up. It’s a fake wall. Behind it you’ll find the Blue Key.

Head back the way you came along the river and drop into the slime pool. It will lower as you enter it. 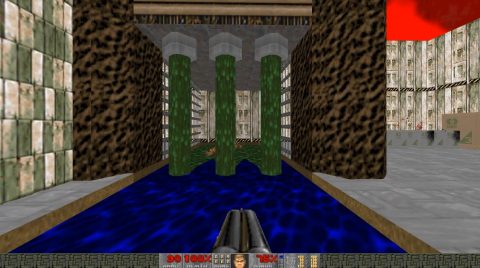 Run to the blue water and open the wall to the left. You’ll enter a series of tunnels with gunners. More tunnels will open up as you explore different areas. Use the map above to figure out which areas still need to be explored.

Inside you’ll find Secret 3, Secret 4, Secret 5 and lastly Secret 6 with the Red Key. Secret 5 is a fake wall and Secret 6 is a pillar inside Secret 5 that will lower down when you get close.

Once you’ve explored the tunnels make your way to the large Blue Door which makes up the south side of the tunnel. Inside you’ll find the Yellow Key. 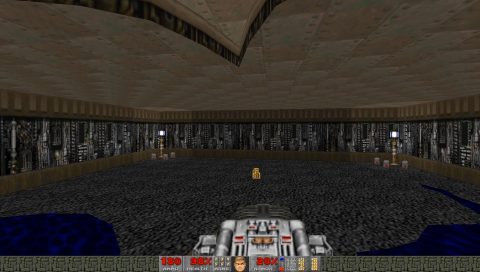 When you get close to pick it up the lights will turn off and an Arch Vile will teleport in with a few other enemies.

You should have all three keys now so make your way back to the slime pool. The wall behind the chainsaw opens for Secret 7. Inside is just a bunch of Demons.

Take the stairs back up to the outside area and go inside Secret 1 and 2. When you do that the box outside will lower, giving you access to a Switch. 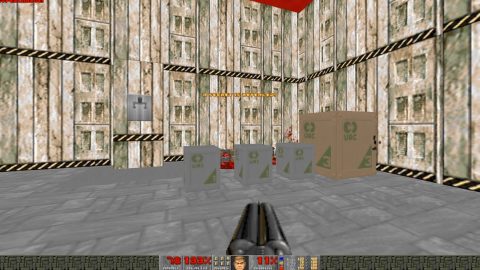 Press the Switch and then ride the blue lift down in the corner. This is Secret 8. When you step forwards lots of Imps will appear so get ready with the BFG. You’ll be rewarded with another BFG.

Press the Skull Button to lower the lift so you can get back up and go through the passage to the west that leads to a slime pit.

Drop down and press the Switch to lower down an elevator. Step on it and open the yellow doors. Go up to the top of the stairs and come back down. A room will have opened with a Pain Elemental and Lost Souls. 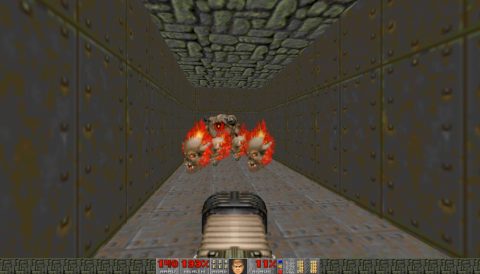 Press the Switch behind them to lift up a little path in the slime pit. Go back out to the slime pit and walk along the path to another lift. Lower it down and ride it up.

Up the top you’ll see a Berserk pack with an Invulnerability sphere. Grab them both and the walls around you will lower. Quickly take out the Imps in the river, the Demons behind you and the Arch Vile, Mancubus and other enemies that eventually spawn in the Exit room.