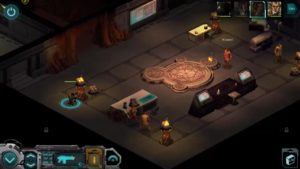 There’s nothing to do on the first level of this underground complex except fight through waves of bugs. Once you kill a bug you’ll have one turn to kill the spirit with the Aegis Mk. 1 Launchers. It will take 3 direct hits to kill a single bug spirit and each launcher only has a 2 bullet capacity. Make sure 2 of your team are ready to kill the bug spirit once the bug has been killed.

Exit from the little room and you’ll encounter 3 Brotherhood Gunners. Once you’ve killed them head through the tunnel next to the room where you started.

Around the corner you’ll come across 2 Brotherhood Gunners and a Brotherhood Follower. They’ll try and run to call for help. 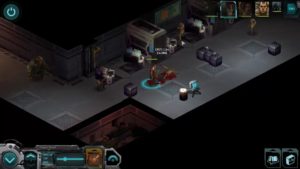 In the next room you’ll meet your first bug, a True Form Worker. Remember what you were told. Kill like normal and when it turns into a spirit shoot it with the Aegis Mk. 1 Launchers three times to destroy it for good.

Enter into the next large room which contains a Brotherhood Follower, Brotherhood Gunner a True Form Worker and a Spitter Bug. Time your attacks so that you only kills the bugs on turns that you can kill the spirit in the following turn. 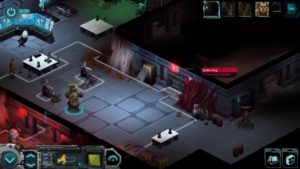 There is a computer terminal here but it doesn’t contain any useful information.

Proceed through the inner rooms and then to the north for another big battle with 2 Brotherhood Gunners and 2 Spitter bugs. 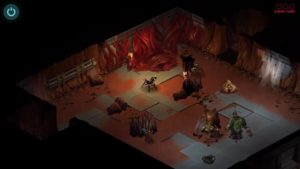 When you’re done here pull back into the previous room. After a few rounds a True Form Worker will come crashing through the wall to the east. Take him out and go through the broken wall. Inside you’ll find a door leading to the next section.

In the next small room you’ll encounter a Brotherhood Gunner, Brotherhood Mage and a Brotherhood Follower. After the bugs these guys shouldn’t be too difficult to take down. 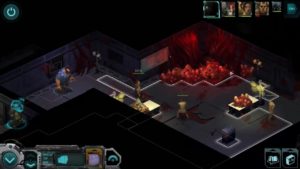 The next room is part of the hive and 3 bugs will break out from the walls, a True Form Bombardier, a True Form Worker and a True Form Venom. Focus your fire on the Bombardier because its attacks are devastating and it attacks in an area of effect.

While this battle is going on another True Form Bombardier will attack the group from behind so stay out of the line of fire.

Once the battle here is finished walk across the bridge to the east. There’s a Brotherhood Follower and Brotherhood Gunner guarding a small store room to the north. Once you’ve killed them you can loot the room for 2 Premium Medkits, a Doc Wagon Gold Trauma Kit and a HE Phosphorous Grenade.

If you have Decking 5 you can get into the safe for a Doc Wagon Platinum Trauma Kit. Once you’re ready use the computer to unlock the door and go on through for the final fight.

Enter the door ahead and talk to Jessica Watts. Once the conversation ends the fight will begin.

When the fight begins Jessica will run to one of the Insect Pillars. She gains energy from them so you want to take her down quickly. On top of that bugs will be rushing in from the walls around this room every turn or so.

My tactic was to rush Jessica and kill her quickly. She may heal up but with all your firepower you should be able to surround her and take her down. 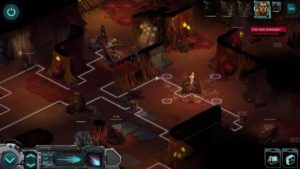 Objective: Eliminate the Rest of the True Insect Forms

Secondly focus on killing any True Form Bombardiers as they have the ability to devastate your team. With all the enemies dead you’ll find yourself in a room with Jessica.

Jessica is surrounded by insects who are about to eat her. You can either leave her to her fate, kill her yourself or take her with you alive. The choice is yours.

Out of the Shadows

Outside the Universal Brotherhood many familiar faces will have gathered. After speaking with Harlequin, James Telestrian III will talk to you. You can ask him for money, Officer McKlusky’s badge or a job as VP of Security.

Speak with the rest of the crew. You can even punch McKlusky in the face. When you’re down speak with Dresden and he’ll put you in touch with Sam’s Lawyer.

I hope you weren’t expecting anything from Sam, but congratulations on winning Shadowrun Returns!