When you try to enter the village you’ll be kicked out by the guard so head to the left instead. Boost jump over the house, pick up the Cipher Coin and bomb the barrels until they explode. 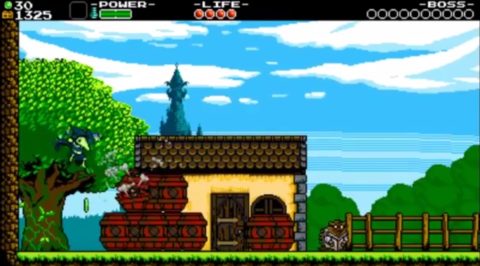 Boost jump back over the house and drop down the hole. Quickly walk to the left and blow up the wall for Music Sheet #3. 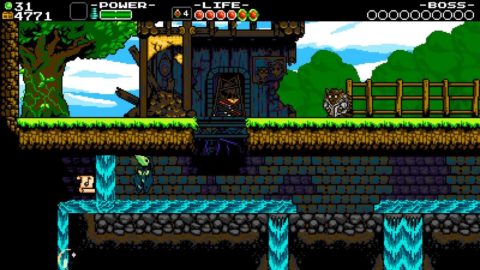 Then follow the stream to the right and drop down into the Potionarium. Speak to Mona for new bomb upgrades and research. You can spend Cipher Coins with her and she’ll give you new items to purchase at her shop.

Heading to the right takes you back to the map and going to the left takes you to another area of the Potionarium where you can purchase an increase to your Magic and hand in Music Sheets.

Go to the left and jump up to break the wall to the left where you’ll find Music Sheet #4 and a Cipher Coin. 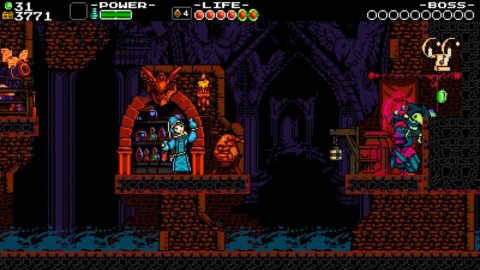 Speak to the Minion by the wall and he’ll sell you the Bait Bomb which can be used for fishing. The Magicist on the next ledge to the left sells potions, including permanent Magic Upgrades.

If you continue to the left you’ll see Percy. He offers to take your Music Sheets of your hands for 500 Gold each. He can’t use them so he throws them away. The creature called Oolong eats them. Throw a bomb into the spout of Oolong and he’ll give you Music Sheet #5.

Before you leave this area break the wall on the left behind Oolong for another couple of Cipher Coins.