Make your way over to the right and collect the Cipher Coins along the way. Now’s a good time to practice the boost jump and double jump. Plague Knight’s main jump is tiny compared to Shovel Knight. Even the double jump doesn’t reach as high. You’ll need to use the boost jump regularly.

Make your way up to find a chest on a ledge to the left. It only has gems inside. Head to the right and kill or boost over the sleeping dragon.

The location of the Music Sheets are the same in this level as for Shovel Knight. Make your way down and kill the skeleton on the left side. Break open the wall on the left for a secret cave. Jump across and pick up Music Sheet #1. 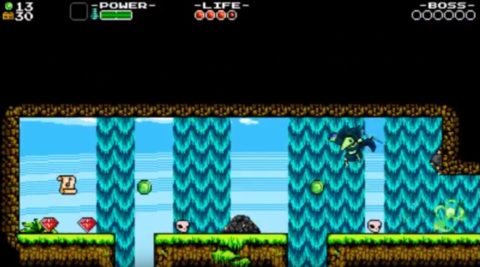 Head back to the right and use the boost jump to destroy the blocks above you. Continue right to the first checkpoint. Climb up the ladder and jump up to the ledge on the right. Break the wall to the right and go through. Boost your way over the bubbles to the far right for Music Sheet #2. 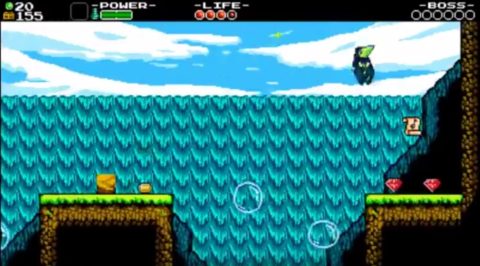 Make your way up to the next checkpoint and then across to the right, grabbing the Cipher Coins along the way. When you find the second sleeping dragon you can quickly boost over it to avoid fighting it or kill it with your bombs. There’s two Cipher Coins floating above it.

Follow the level around just as in Shovel Knight and when you get to the green bird a the top of the ladder boost over it to the ledge on the left. Jump over the platforms for a Cipher Coin and continue for the chest with gems if you want. Make your way back to the right for the last checkpoint and then a fight with the Black Knight. 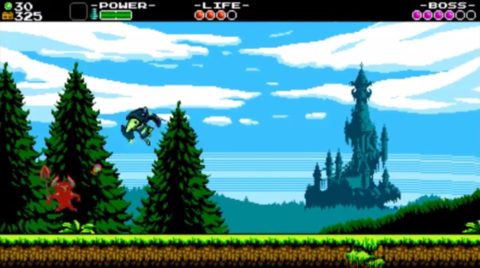 This boss fight is incredibly easy with Plague Knight. Just hover above him and shoot down bombs until he’s defeated.