Like most main levels the Iron Whale has 30 Cipher Coins and 2 Music Scrolls.

From the start break the bubble block and go down. Head to the right through the water section. The water makes it a little easier to drift to a platform rather than falling down through a hole.

The first secret is found by breaking the blocks above the little shell creature on the ledge above the water. This reveals a ladder up to a room with a Cipher Coin and chest of gems. 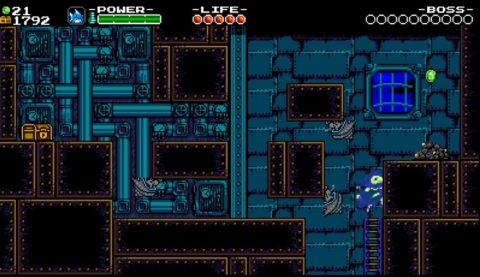 Head back down and continue around to the first checkpoint. Break the lower wall to the left for the second secret room with another Cipher Coin and chest. 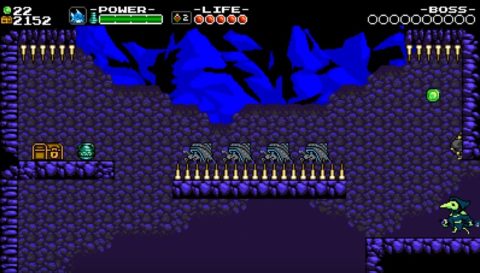 Continue to the right past the first checkpoint and break the wall with the shell in it just past the pink tentacle. Kill the first tentacle and drop a Bait Bomb down to fish up Music Sheet #19. 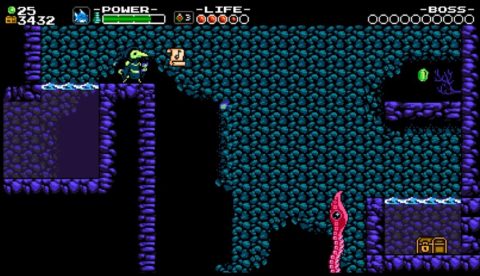 Head back and continue down pas the pink tentacles to the second checkpoint. Drop down for a battle with the Angler Fish.

When the Angler Fish stops chasing you use the jump boost to get up high enough to bomb the chest. Once you’ve defeated the fish the chest will drop down and you can open it for the Throwing Anchor.

Head to the right for the third checkpoint. Jump up to the ladder and climb up. Break the wall to the right with the shell in it. Jump across the bubble platforms to find the chest with Music Sheet #20 inside. 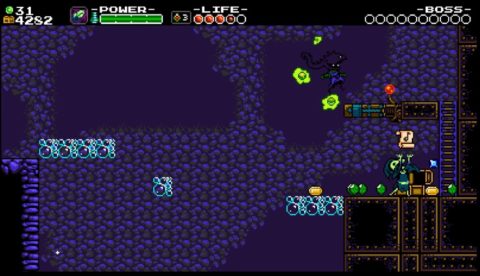 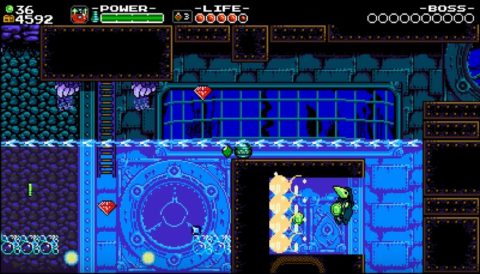 Carefully make your way around to Chester who will trade the Throwing Anchor for the Vat which you can use as a platform that spawns under you for a few seconds. Jump up to the cannon to be shot back to the main part of the level.

Make your way to the right past the anchors and take the exit at the top right for a Cipher Coin and chest. 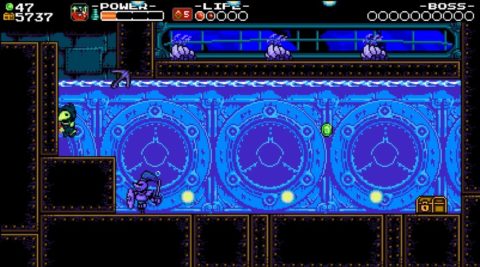 Head back to the left and drop down. Go through the door to the right and take the platform across the gap, blowing up the doors as you go.

Continue to the right for the last checkpoint and get ready for the boss battle. 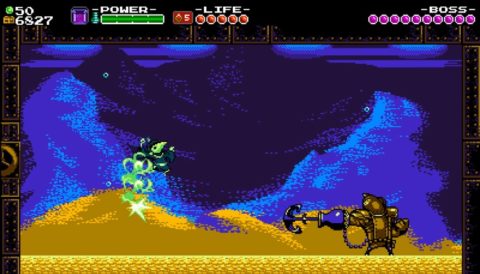 Jump above the knight and rain down bombs as quickly as possible. The Treasure Knight is easy to deal with when he stays on the ground but occasionally he’ll use the anchor to lift himself up into the air and shoot down at you. Try to dodge away as quickly as you can and keep firing bombs at him. Once he’s been defeated you’ll grab his essence and end up back at the Potionarium.