The ice is slippery when you try to stop on it so be carefully when you’re close to any gaps. Head to the left and pick up the 2 Cipher Coins along the way. On an ice ledge you’ll find a treasure chest with gems inside. 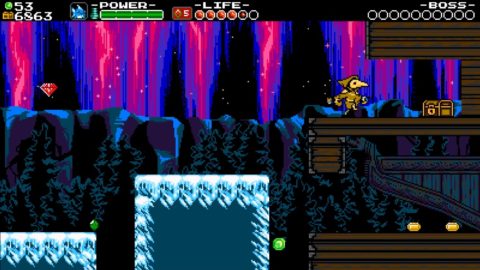 Continue to the right for the first checkpoint and make your way up the ladder. Break the wall to the left with the hidden Cipher Coin in it to reveal a ladder and climb up. This is a new area for the Plague Knight. 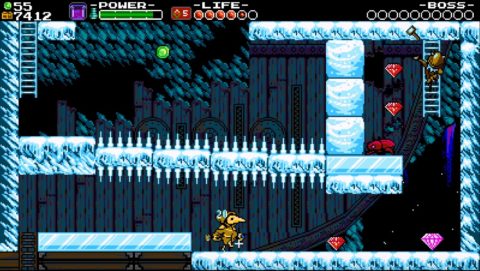 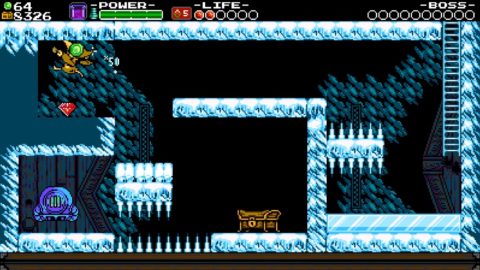 Inside the chest you’ll find the War Horn which you can trade with Chester later for something you can use. Get inside the cannon to be shot back down to the main part of the level.

Break the snow blocks and avoid or kill the birds with apples in their mouths so you can drop down to the spiked room. Pick up the next Cipher Coin and drop down again. Break the wall to the left for a secret room with a Cipher Coin and chest. 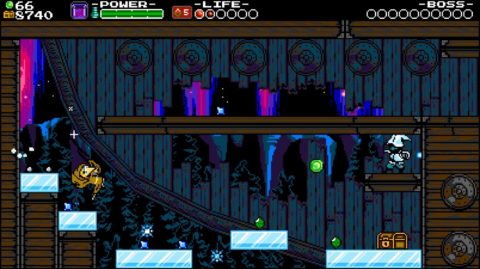 Head back the way you came and continue to the right. You won’t need to use the statues like Shovel Knight because you can double-jump and use the grenade boost to get across large gaps. The Vat is also a handy spell to use as it temporarily places a platform underneath you.

Continue to the right past the vikings to the next area of the ship and the second checkpoint. 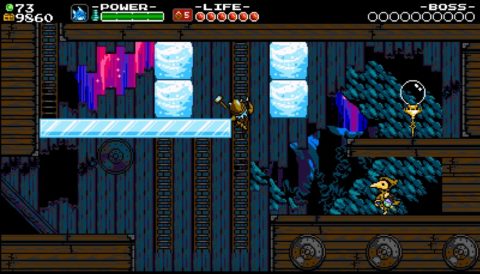 Climb up the ladder to the room above and break the wall to the left. Jump over the platforms to find Chester and trade the War Horn for the Berserker’s Brew. When you take the brew you’ll no longer get knocked back and deal damage to enemies just by running into them. 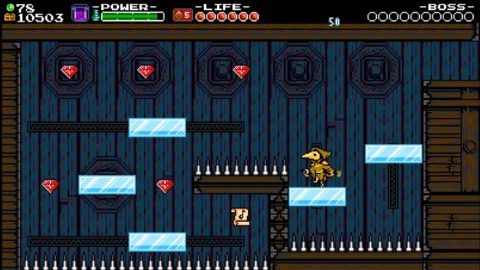 Make your way to the right and jump up to the ledge for Music Sheet #22. 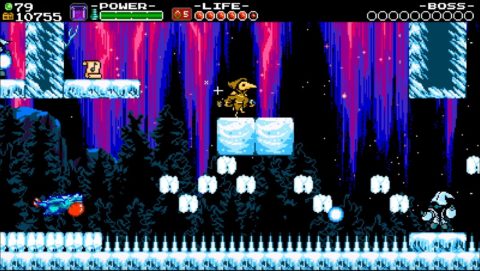 Continue to the right until you reach the fourth checkpoint. Break the wall just above it for a Chicken. Jump across the bridge for the boss fight. 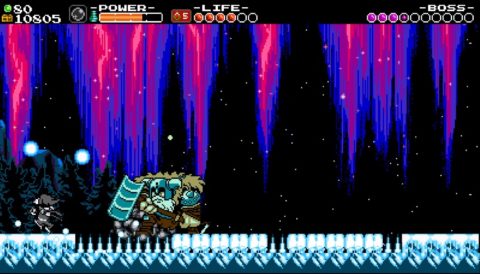 One of the tricky parts of this fight is the Polar Knight uncovers spikes when he rolls up the snow. The spikes are a one-hit kill so you want to avoid them at all costs. Use the Smoke Bomb to give you invulnerability. You can then stand on the spikes while still attacking the Polar Knight.