You’ll be dropped off on some kind of ice planet with sheer cliff faces. One wrong move and you’ll end up splattered on the ground below. There are a number of paths to take here. If you take the first thin walkway to the left you’ll have to jump over a chasm but be rewarded with  a few shield units.

In the first area with Stormtroopers there is a secret in the wall to the left. 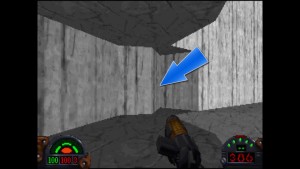 You can’t progress all the way into the research facility but there is some extra loot to pick up.

Proceed along the main path and up the steps. There are a few gaps that you’ll need to jump over. You will eventually come to the front fortifications of the base. You still can’t get in here but there is an extra life up for grabs inside one of the side rooms at the top. Use thermal detonators to take out most of the troops down below before jumping down and taking a side path through the mountain into the fortification. 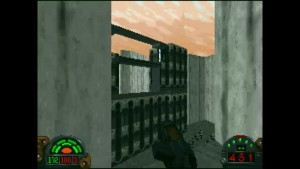 Head back down the way you came and you should spot a path leading off in another direction. Shown below. 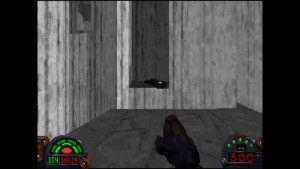 Follow this path along and it will take you to a vent that you can drop into to get into the facility. There are gun turrets in this facility so be careful walking around corners. Head out of the vent and up the stairs. The door to the left, protected by two gun turrets can only open by pushing the button down the right corridor. It’s on a timer so push the button and run quick to get through. 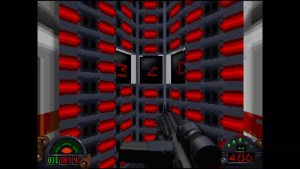 Once you have the sample the pillar will start moving up and down. Jump down to the small passageway at the bottom and follow it out of the facility and back to the drop off point to end the mission.