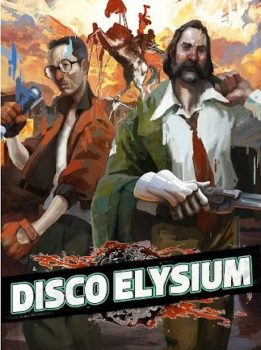 Disco Elysium is a story driven RPG with a focus on dialogue rather than combat. You’ll have a number of tasks you need to complete to move the plot forwards but they don’t need to be done in any set order.

You play as a detective investigating a murder. There are four basic skill categories with 6 unique skills in each one. When you begin the game you can either select a basic archetype, Thinker, Sensitive, or Physical, or create a new character from the ground up. Some skills are more useful than others although even the least used skills will be needed for over 500 skill checks throughout the game.

As this is a dialogue heavy game you’ll need to try to get along with other people. Begin by asking them lighter questions first. The answers they give you may help with some of the harder dialogue choices. If you fail a skill check you will be able to come back to it later once you’ve improved your chances of success.

There are many ways to improve your skills aside from leveling up. You can wear clothes that give you bonuses in certain skills, investigate some of your internal thoughts for temporary or permanent boosts or take some stimulants.

I – Inventory
M – Map (when you have one)
C – Character Sheet
T – Thought Cabinet
P/K – Tasks/Journal
Space – Stop moving or advance dialogue when in conversation.
Double LMB – Run
Tab – Highlight objects/people you can interact with.