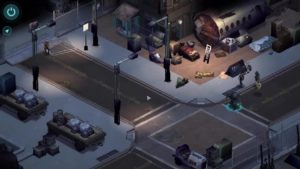 Return to the Docks

As you return to the Docks you notice the guards are missing and the gates been smashed in. Someone else is here!

Objective: 1) Break into the NTSB Warehouse 2) Shannon Must Survive

Make your way towards the gate to the west as before. This time you’ll meet a Scrawny Guard who tries to block your access. You’ll have to fight him unless you have Etiquette: Shadowrunner or Etiquette: Corporate.

Once the fight starts and you enter through the gate three shadowrunners will run out from behind the warehouse, including a troll. Another two will approach from the west and one from the north. You’ll be surrounded so hunker down and stay near to cover. When the merc from the north hits the ground he’ll drop the NTSB Warehouse Key. 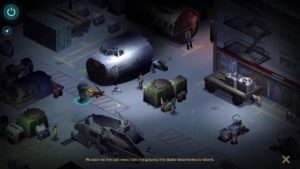 Grab the key and then head into the warehouse for another battle.

As you enter the warehouse you’ll see two shadowrunners in front of you. Another one will run down from the top and a fourth is towards the bottom of this room. There are four in total but you shouldn’t get into too much trouble if you play it safe. 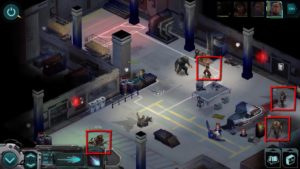 Luckily you get the jump on them and get to attack first. There’s nothing in the room to the north but you can go through the door in the south-east into another large area. There’s a shadowrunner and an orc shadowrunner in this room and a third will run towards you from the room to the east.

(Side Quest) Objective: Find the Paydata the Runners are After

Once the shadowrunners have been taken care of and before you speak to Shannon Half-Sky pick up the Ares Flight Recorder that one of the shadowrunners dropped. You’ll be able to sell this later for some nuyen.

Now talk to Shannon in the room to the lower right. She’ll begin the spirit summoning.

Objective: Search the Spot Where the Victim’s Body was found

On your way out look in one of the crates near to where the dead body was found. You’ll pick up some DNA Evidence that you can examine when you get back to the Union.

Leave the warehouse and head back to the Seamstresses Union. Walk into the back room and speak with Mrs. Kubota. Once you tell her you need to get the DNA analyzed she’ll open the piano so you can get down to the safe house.

Next Part: The Digital World