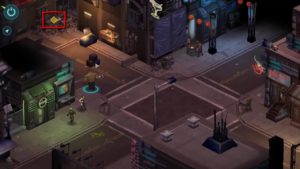 Head up and to the west to find Jake’s stash where you’ll find your basic equipment and spells depending on what class you’ve chosen. After you pick up the stash you’ll be attacked by two muggers. One will run straight up to you with a bat. Take him down and then get some cover behind the bin or the crates and take out the second one.

On the other side of the intersection you’ll find a Worried Man who’ll tell you about a gang who are extorting money from the nearby merchants. Follow the road up to the north-east to find the gang. Speak with the Head Thug and either use your Etiquette: Gang skill to convince them to leave, intimidate them with Strength if it is above a level of 4 or pay 300 Nuyen to bribe them to leave.

(Side Quest) Objective: Deal with the Gang 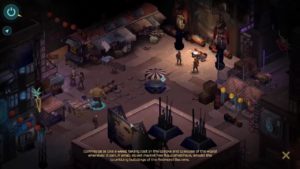 If you fail to convince the gang to leave you’ll start a fight. It’s quite easy to defeat them as you’ll only be fighting a Head Thug and a Mage Thug, both with mediocre stats. Once you have dealt with the gang speak with Mrs. James for your reward.

Objective: Deal with the Halloweeners Gang

Just to the east of the Worried Man you’ll find Sarah who’ll tell you about the Halloweeners Gang. Continue to the east and you’ll come across a Halloweener Sentry. 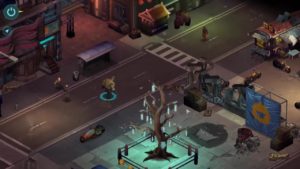 The fight will start  and you’ll be attacked by two Halloweener Sentries a Halloweener Mage and a troll boss, John Paul. The boss will try to get you into hand-to-hand combat. Once you’ve beaten up John Paul enough he’ll give up. You can either set him free or finish him off.

Continue to  the north-east to the murder site. Along the way you’ll run into Dan the Donut Man. Buy the Jelly Donut and Soykaf, you’ll need it later.

As you approach the murder site Jake Armitage will leave as he doesn’t want the Lone Star cops to spot him. He tells you to pop into the Seamstresses Union once you’re done here. 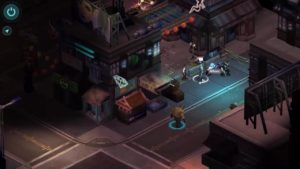 First speak with William and then give Officer Kuprik the Jelly Donut and Soykaf. Then tell him you’re from Internal Affairs and he’ll let you in. There are four things to look at here. Take the Test Tube Piece, look at the chalk outline, the worklight and the coat and jacket belonging to William. Examine the area and you’ll find a Bar Tab Receipt. Take the Coat and Blanket as well.

Speak with William as he has some more information about the murder and then give him his Coat and Blanket. Head into the Seamstresses Union just behind Dan the Donut Man.