Buy whatever you need to buy here and when you’re ready speak with Mr. Delilah to hire a team of runners. Coyote will come with you for free on this mission. Grab one or two others who complement your main character and head off.

You’ll see crowds of people with umbrellas. To the right there are three people you can speak with, a Maria Mercurial Fan, a Slick Security Guard and a Dealer. 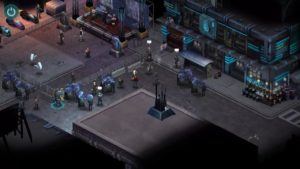 Speak with all of them including the Dealer who sells Jazz, Kamikaze and Nitro. Once you’re done head around the corner and speak with Patrick to enter the Universal Brotherhood.

Unfortunately your team isn’t allowed in the UB so you’ll need to find another way to let them in.

Sister Sally is the receptionist but we’ll talk to her later. For now head into the room to the right and speak with Sister Nancy. Ask her about Jessica Watts and she’ll tell you that she’s in the Inner Sanctum.

There are four different ways that you can gain access to the Inner Sanctum and I’ll describe them briefly below so you can choose your own path.

1) Get the ID Card: Talk to the receptionist, Sister Sally, and tell her about the concert outside. She’ll run outside to get an autograph. Look at the desk and take a Blank Universal Brotherhood ID Card. Take the left exit to the Canteen and click on the Ladder. Look at the Cleaning Solvents and then select the second option to melt the card. Take the Melted Brotherhood ID Card to Brother Christopher, same room as Sister Nancy, and he’ll let you through to the Inner Sanctum.

2) The Janitor: Speak with the Janitor in the Canteen and get some information from him. You’ll need to pay for it. If you have Charisma 4 you’ll still need to pay up to 200 Nuyen or up to 500 Nuyen if you don’t. He’ll give you access to the room behind him where you can pick up a Tub of Lard and Small Bottle of Chloroform. In the room beyond you’ll find a Janitor ID Passcard and various sized Janitor Uniforms. Take the relevant Uniform and then go and talk to Brother Christopher who will let you through to the Inner Sanctum.

3) Father Willy: Speak with the Janitor as before and get the Janitor’s Uniform. Visit the room in the south-west and speak with Father Willy. Select the last dialogue option to get him alone and then use the Small Bottle of Chloroform on him. Take his Clothes and Inner Sanctum Access Keycard which you can use to go through the central doors to the Inner Sanctum.

4) Make a Fire: Go into the Canteen and click on the Ladder. Look at the Cleaning Solvents and pick up the Small Can of Kerosene. Go to the stove top and use the kerosene on it to make a fire. This will create a distraction and you’ll be able to get into the Inner Sanctum.

Objective: Find the Alley Door to Let Your Team into the UB

Depending on how you solved the previous part you’ll need to take a slightly different approach. Once again follow the four paths below which are a continuation 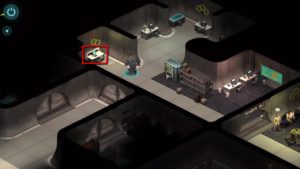 If you don’t have the Decking skill you can enter in the details manually. To retrieve a card here are the details:

Path 3: Following this path you’ll have the clothes and Inner Sanctum ID Card from Father Willy as well as his Private Sanctum Keycard, so you can enter through the main doors into the Inner Sanctum.

Path 4: Creating a stir with the fire sounds like fun but you’re in a bad position because you have no ID cards. You’ll enter this section of the Inner Sanctum area in the rear kitchen. Either go into one of the Dorms to the east and unlock a locker with Intelligence 4 to get an ID Card with the relevant access or follow one of the previous methods to get the ID Card.

Whatever path you follow you’ll need to let your team enter through the rear kitchen. Speak to the Cook and tell her that Sister Sally wants to see her to get her out of the Kitchen. 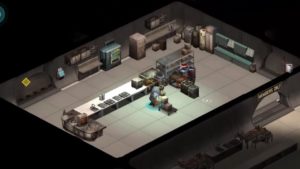 Use the console on the wall near the door to let them in. Don’t worry about the warning, no alarm will sound.

Look at the Vending Machine at the back wall. It’s blocking a secret exit. If you have Strength 5 or a Tub of Lard you’ll be able to move it out of the way to reveal the Secret Door. You’ll also need at least Decking 1 or Father Willy’s Access Card to open the door. Following this door will take you to a different area of the Inner Sanctum below.

Side Quest: Find out what Happened to Shane for Cherry Bomb

Just outside the Kitchen to the east are a number of dorms. The first one to the north contains Shane’s belongings. Open the box in the Dorm and read through them to find out that Brother Shane has been here. On the next level of the UB you’ll complete this quest. In the locker here you can also get a Brother’s Universal Brotherhood Uniform. A Sister’s Uniform can be found in the Dorm room to the south.

When you are ready either go through the Secret Door or the main doors to the Inner Sanctum.

If you entered through the main entrance go through the door to the left into another Dormitory. Here you’ll find the body of Shane and complete the quest for Cherry Bomb. You’ll also find a Basic Medkit here and gain 2 KP. 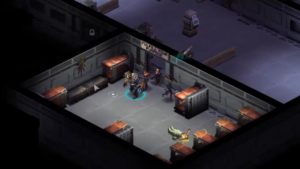 From the main corridor open the door ahead to the north-west. There is one guard here but before you talk to him open the door to the left for an Advanced Medkit.

Speak with the Brotherhood Guard. It doesn’t matter what you say he’ll attack you along with his friend in the room behind him. Head through the gate and take them both out.

Before you go through the door ahead to the north-west take a look in the room to the left. Inside you’ll find a couple of crates with 2 Cavalier Frag Grenades.

Now continue to the north-west and you’ll come across a large room with strange markings on the floor. When you enter a girl called Marie-Louise will call out from her cell. 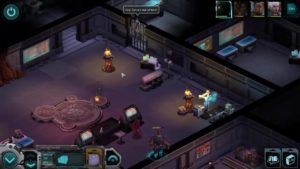 Enter the room and take out the 2 Brotherhood Followers and pick up a UB Holding Cell Key that one of them drops. In the first room to the left you’ll find a Record of Payments.

Free Marie-Louise and Jessica Watts will show herself. When she finishes talking two giant insects, a True Form Worker and a True Form Venom, will break through the wall and attack. 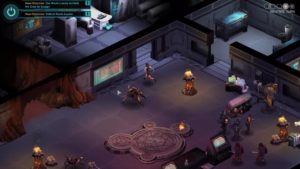 From now on you’ll need to control both your team outside in the real world and Marie-Louise inside the Matrix. Keep the enemies away from her so that she can stay safe while in the Matrix.

There is one little problem with the insects. Once you kill one it turns into a Spirit form and the next turn is resurrected as an insect again. Basically you can’t kill them! Just keep them distracted long enough to let Marie-Louise do her job.

Create an Attack ESP right away for more firepower and to give the baddies another target. In the first section you’ll encounter 3 White IC, and a White Sentry IC. 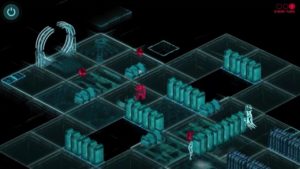 Head through the portal and follow the path around to the Door Control Node. Stay on your guard because 4 enemies will pop up, 2 White Sparky IC and 2 White IC. 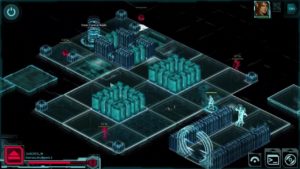 Carefully eliminate them and then use the Node unlock the door. Bring Marie-Louise out of the Matrix and then run your entire team out the escape door. Don’t worry about the bugs or Jessica for now. There’s nothing you can do about them, just get the heck out of there.

Back on the streets you’ll have a chat with a strange character called Baron Samedi who you saw in the Matrix. After the chat head back to the Seamstresses Union for a well-earned break.