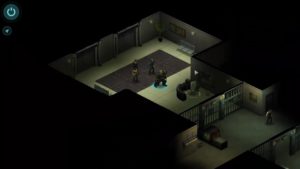 Objective: Look Around Before Holmes Arrives

Enter the Cafeteria to the south and speak with Lorraine who will ask you if you’ve seen Josie. She’ll give you an Infirmary Key so you can help look for him.

Go back to the corridor and now you’ll see the door to the west can be opened. Follow the corridor up to the Infirmary. 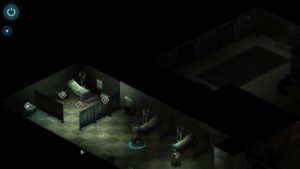 There’s a laptop on the table to the left. Have a look at it to read the medical history and notes for Josiah (Josie). He’s deceased and it appears his body parts have been used for other clients. Have a look at the severed arm on the floor and take the Super Brawl Ring off its finger. Look at the table by the bed and the locker at the foot of the bed. In one of them you’ll find an Unlabeled Trivid Disc but you can’t play it back right now.

Head back to the Cafeteria and speak with Lorraine again. Give her the Super Brawl Ring to let her know that Josie is dead and you’ll gain 2 karma.

You’ll get called by the receptionist to see Dr. Holmes. Walk up to the intercom by the windows to talk to him. 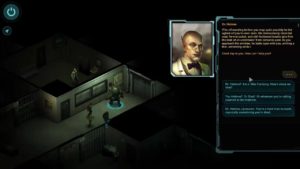 No matter how you talk to him he’ll call the Hospital Guards. Two of them will attack you. Kill them both and pick up the Guard Key that one of them drops. This will give you access to the door to the east. Go through the door, take out another Hospital Guard and then head through the elevator to the north.

Decking Alternative: If you have a Decker in your team you can use the computer in the Cafeteria area to hack into the system and unlock the Bathroom door as well as finding some patient records. The Bathroom to the east of the Cafeteria has a Basic Medkit and a Fichetti Concussion Grenade. The Bathroom opens out to the Waiting Room on the other side. 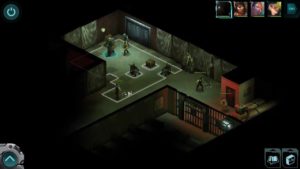 Stepping out of the elevator you’ll be attacked by two Hospital Security and a Violent Patient. Follow the central corridor to the west and you’ll be met by more patients who will attack you on sight. There’s 2 Violent Patients, an Unstable Mental Patient who starts throwing grenades if you don’t get to him in time and 2 Mental Patients.

Continue down the corridor to the west and then north where you’ll come across and Ex-Surgeon and another Mental Patient. Take them down and enter the room to the north. 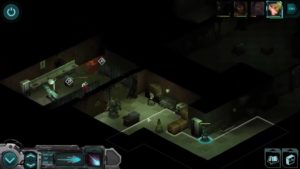 Here you’ll find a Locker with Instruments and a Pile of Corpses. Search the locker TWICE to find a Gate Key and an Unlabeled Trivid Disc.

Head back to the central corridor and now you’ll be able to go through the gate to the north. As you approach the exit to the north-east a Crazed Patient Troll will attack you with a shotgun. Try to run him down quickly before he does too much damage with his shotgun.

Enter the room to the north-east and you’ll face your last two opponents for this section, the Doctor and another Hospital Security. Once you’ve cleared this room use the Trivid Record Player on the desk to view the Trivid Discs you’ve been collecting. 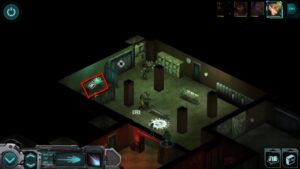 Once you’re finished here head down the Elevator to confront the Emerald City Ripper. Heal up and get ready for a battle.

Enter through the curtains to the large room beyond and try to find cover behind the crates and pillars. Your first enemies are the Surgeon and the Hired Mage. After a round or two the monster Pitezel will come out from a room to the left.

Pitezel is so large that he attacks in an area rather than a single target. Keep your team separated. Have on take down the Hired Mage and bring your heavy hitters to take down Pitezel before he does too much damage. 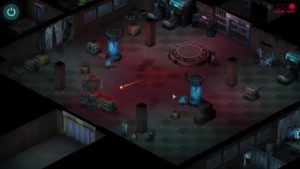 After a few rounds Dr. Holmes will come out and stand on a Ley Line. He’s also a pretty decent mage. Finish off Pitezel if he’s still alive and then take down Dr. Holmes. You’ll be given 8 Karma Points as a reward.

Have a look at the desk next to the gate on the east side. Investigate everything and you’ll be given 4,500 Nuyen in the process as well as learning more about Holmes.

Head through the exit gate and you’ll come across a Male Bunraku. He’s lost his mind and his memory but if you pick up the Personafix Chip Wiper on the desk and give it to him you’ll restore his former personality. Either that or keep it for yourself. 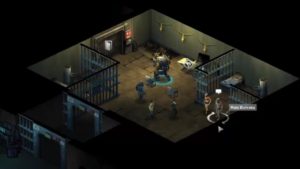