Adventure through an abandoned village called Bramblestoke Village. There’s 30 potions to collect and a few new secret items. Gorgeous scenery and compared to the next level a fairly easy one to complete.

1) The first chest is with potion 2 and 3. Inside is Wolfgang’s Music Box which increases the number of boxes for the wizard by 2.

2) The second chest is found by swinging to the left after dropping down in the underground cavern. Use Zoya to swing across by grappling onto the wheel. Inside the chest is Gem of Resurrection which resurrects the hero once per level. 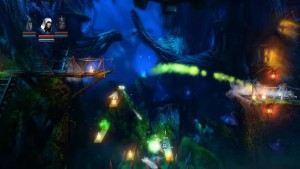 Jump off the bridge to find the first potion on a wooden beam. 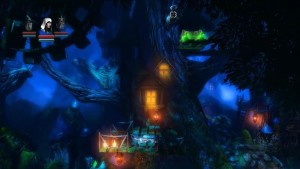 Swing across to the board above the tree house to find the next two potions and the first secret chest. 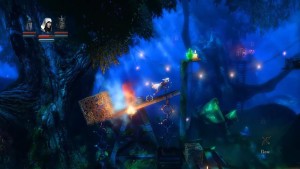 On a wooden plank above the scales. 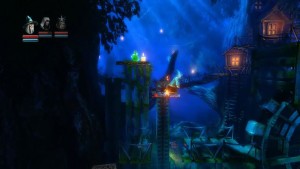 Just before the giant spinning wheel. Use the platform elevators to reach it. 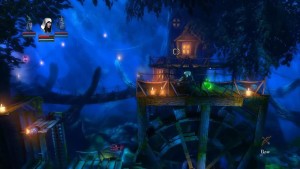 On a platform above the spinning wheel. 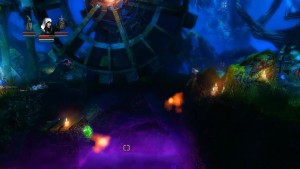 On the left side of the acid pit below the wheel. 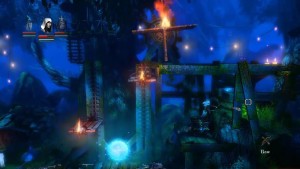 Under a platform to the right of the first checkpoint. Use Zoya to shoot an arrow at it and push it out from under the ledge. 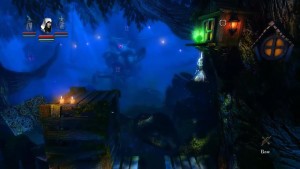 On a ledge next to a tree house before dropping down underground. 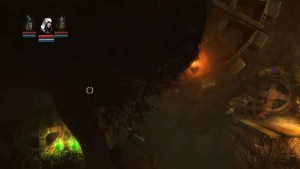 Drop down and swing to the left. The second secret chest is here as well.

Continue past the checkpoint and once you reach the poisonous pool a great goblin will come charging at you. Jump over him and hit him in the back until you kill him. 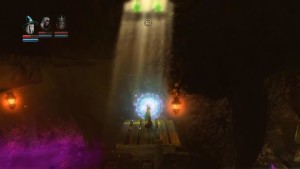 On a board above the next platform. Shoot it with fire arrows to break the board. 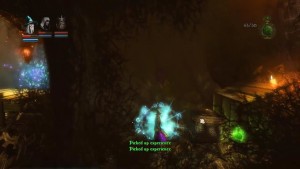 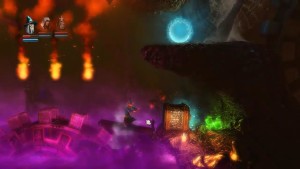 Behind a stone after the three fireballs. Pull the platform over with Amadeus to give you something to stand on. 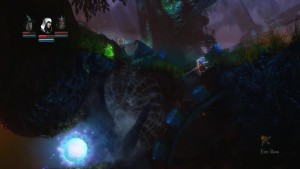 To the left as you come out of the underground cavern. Use a floating platform to jump over to it. 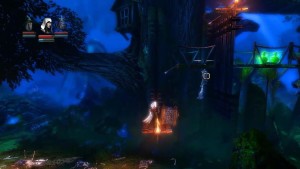 Stand or put a stone on the platform to push it down and lift the gate up. The next two potion are on a board on the other side of the gate.

22) On a ledge directly above the gate. 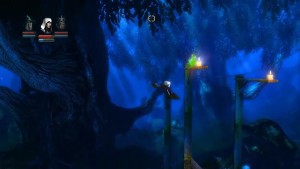 On a plank after the Ferris wheel. 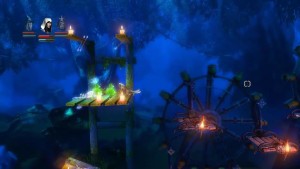 On a platform just before the next Ferris wheel. 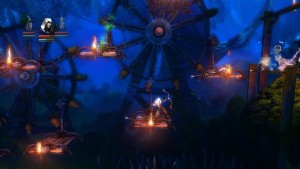 The next potion is on one of the platforms of the next Ferris wheel. 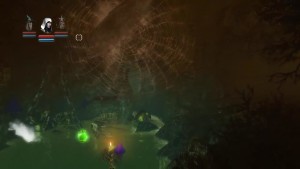 Drop down to find the next potion in the middle of a small pond to the left. 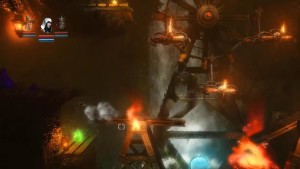 On a ledge as you drop down into the next large chamber. 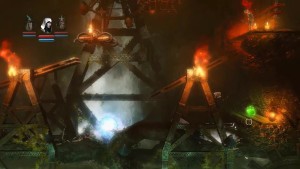 On the right side of the same chamber. 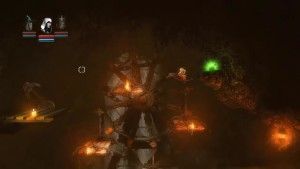 On a rock ledge to the top right.

That’s the end of Bramblestoke Village. Continue to the next level, the Iron Forge.