Ruins of the Perished (Level 11)

The Ruins of the Perished is a longer level with 35 experience potions to find and two secret chests. There’s quite a few skeletons spawning here so be prepared for a few battles. I’ll go through the locations of all of the potions below and give you tips on how to get past some of the puzzles.

1) The first secret chest is found with potions 10, 11 and 12 after climbing up the rock face with spikes. Inside is the Amulet of Fortitude which increases maximum health by 10%.

2) The second secret chest is found with the last two potions of the level. You’ll need to jump up from the swinging log to reach them. Inside is found the Red Masterstone which either increases the maximum number of planks for the wizard or increases the knight’s health by 10%. 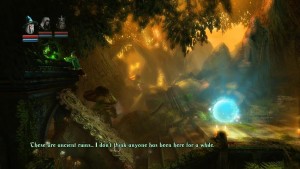 Immediately behind the start location. Use the wizards plank to get up to it. 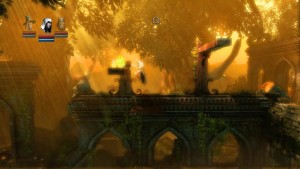 On a beam above the first moving platform. 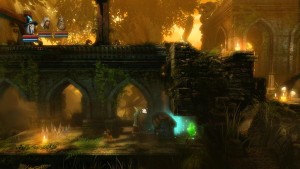 Behind a stone at the other end of the moving platform. 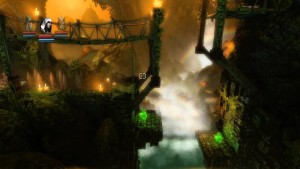 The next two potions are to the left and right as you drop down from the broken bridge.

5) On a ledge to the right of the previous potion. 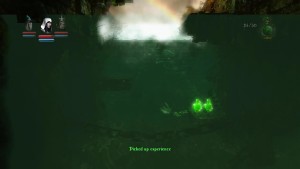 Dive directly down to find the next to potions.

8) Swim across to the right and up into a small room to find the next checkpoint. There is nothing else here so dive back down and to the right for the next two potions. 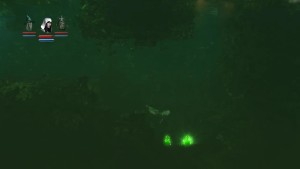 To the bottom right of the lake.

10) Swim up past the spikes and put a platform or box to get to the top of the rock wall on the left side. You’ll also need to use Pontius to use the thunder hammer on the wall to the right. This won’t break the wall but it will be close enough to break the boards so you can swim up to the other side. Potion 13 may fall down when you do this. 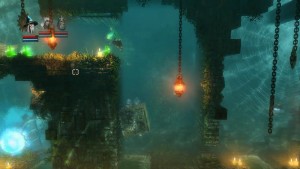 After climbing up the rock face you’ll find 3 potions and the first secret chest.

13) On a ledge on the other side of the wall. It may drop down when Pontius uses the thunder hammer to break the boards. 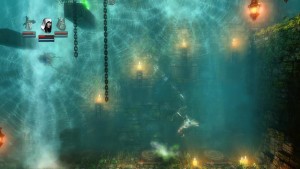 On a beam to the right and higher up from where potion 13 was originally located. You can shoot it off with an arrow. 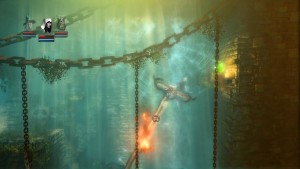 On a ledge to the right of the spinning platform. 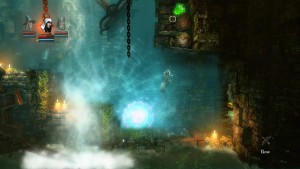 On top of some boulders held up by a board. Use a fire arrow or Pontius to break the board and release the boulders. 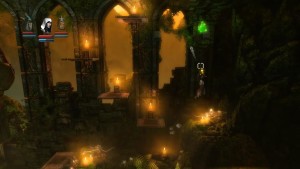 On a beam to the right of the swinging log and flappy platforms. 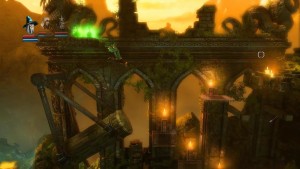 Get the giant swinging log moving. You’ll have to jump on the flappy platforms at the same time as the swinging log is nearest to you. Jump to the log and then to the potions on the beam. 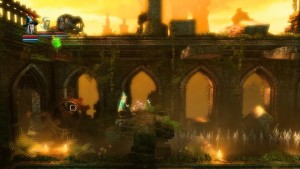 After you defeat the skeletons head to the room to the right and on a ledge in the top left corner is the potion. 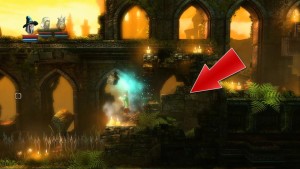 The next two potions are hidden behind a rock wall. Use the wizard to move the rocks out of the way before collecting them. 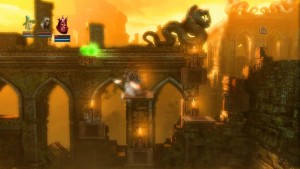 You’ll need to set up the flappy platforms so you can jump to these potions on the beam. Watch the video if you’re not sure how to do this. 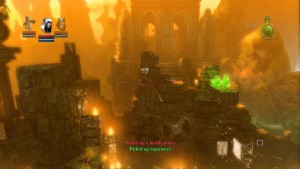 On a rock ledge in the next area. 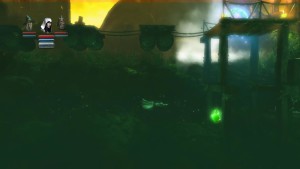 In the lake under the wooden platform. 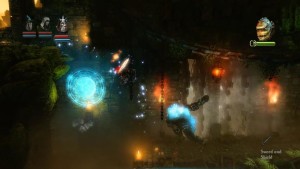 You’ll need to fight another giant goblin or orc. When you drop down the flappy platforms jump to the right to face him. He may knock you off quickly and even fall off himself. Hit him in the back to kill him. 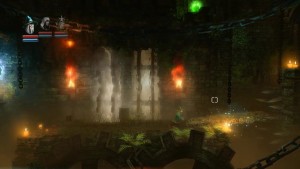 On a ledge after defeating the boss. Use a small plank to knock it down. Plank up the area near the spikes so you don’t lose the potion. 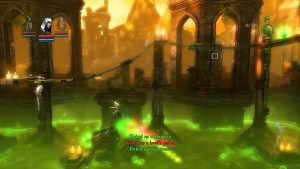 On some boards in the middle of a pool of poisonous water. 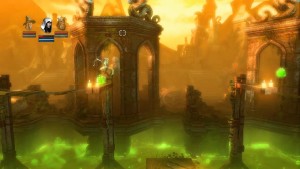 At the end of the first broken bridge. 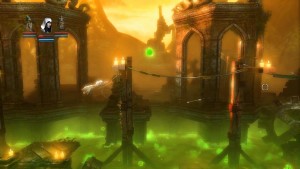 At the beginning of the next part of the bridge. 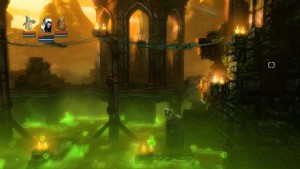 On a rock platform at the end of the pool of poisonous water. 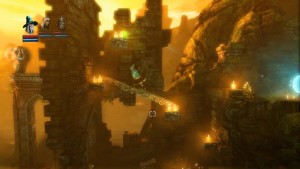 On a rock ledge after entering the ruins. 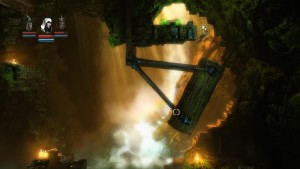 Swing the giant log as high as you can and then jump up to the right for the last two potions and secret chest.