This level is much longer than the last but it’s still fairly easy to find all of the experience potions. There are 25 to find and 2 secret chests. I’ll list them all below along with a little picture of where they are in the level.

1) The first secret chest is found next to potion 18. It’s between the two giant wheels and you need to approach it from the right. Inside is the Necklace of Life which increases your maximum health by 5%.

2) The second secret chest is located with potion 25. Inside is the Ring of Spellcaster which increase maximum mana by 5%. 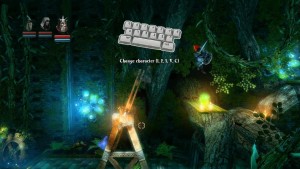 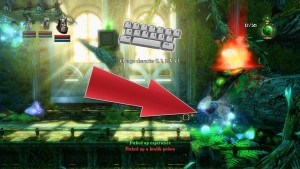 Drop down to ground level. Run to the right and use the knight to bash through the boards. 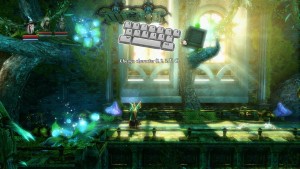 On a box on top of a branch. Same area as potion 2. 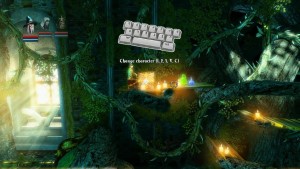 Jump the branches and the potion is on a ledge with candles and a mana potion. 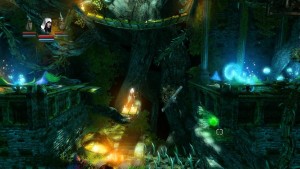 Drop down and it’s hidden in an alcove to the right of the spinning platform above the spikes. 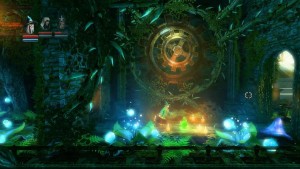 It’s on the floor in the room after bashing down the door with the rock fist. 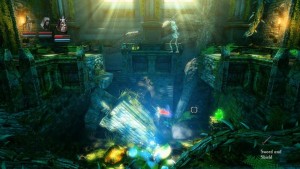 Down the bottom in the next room. 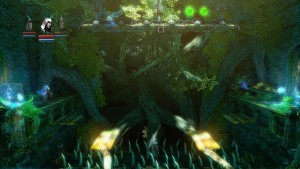 This potion is quite tricky to grab. It’s on a walkway in the next room. You’ll need to use the thief to grab on under the bridge and then swing to land on top of the bridge. It may help if you have the wizard set the walkway moving backwards and forwards before using the thief for some added momentum. 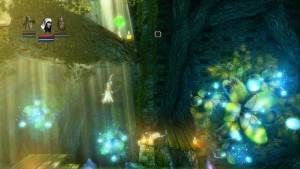 After killing the archer skeleton next to the spikes swing up to the branches. Once again you’ll need to swing and land on top of the branch to grab the potion. 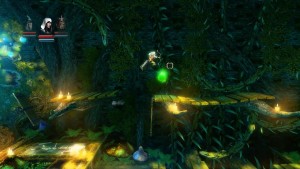 On a bridge just after the spinning platforms. A few skeletons will spawn around here so be careful. 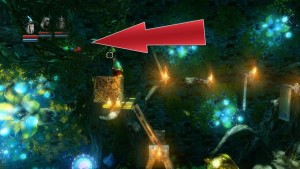 Potion 12 is easy to miss. It’s hidden in a tree above one of the checkpoints and just to the up and left of a teeter-totter. 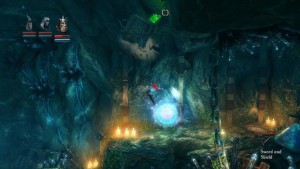 A long way from potion 12. This one is located hidden up above near where the pressure plate is to open the grate. Use the knight to jump up and smash the crate free. 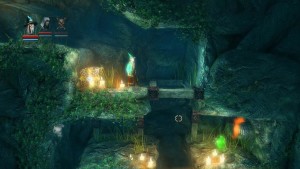 Just below the grate that has opened up. 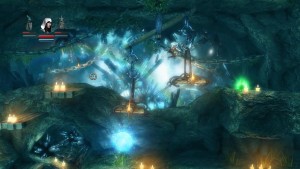 Jump across the ledges and over the balance boards. 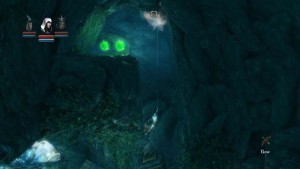 Keep heading to the right to the plank with two weights underneath. There is a third weight far to the right and up the top. Use the knight to break the boards which frees the way for the thief to grapple her way up to the potions.

Right next to number 16. 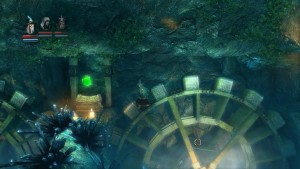 Continue down and then take the large wheel which is turning anti-clockwise. It’ll drop you off at a small alcove with an experience potion and secret chest. 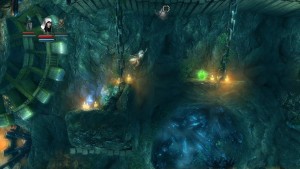 After killing the skeletons on the ledges work your way up and across to potion 19. 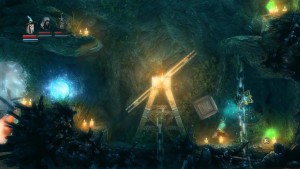 Over some teeter-totters and behind a couple of crates. 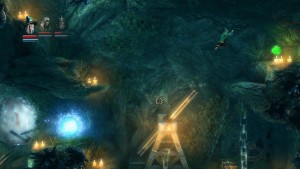 On a rock ledge above potion 20. 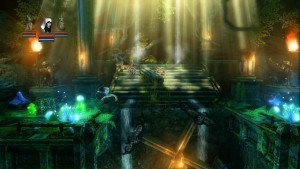 To the left of the wheel with four ledges. You’ll need the wizard to get the contraption turning before you can make you way up. 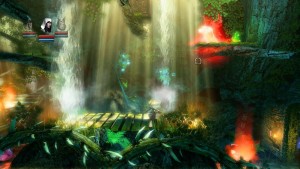 On a ledge above the exit of the room with the waterfalls. 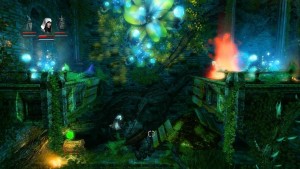 In the next room use the thief to shoot the rope, dropping the rock fist on the bridge and collapsing it. You can now jump down and to the left is the last potion as well as secret chest number 2.

That completes this level. I hope you didn’t have too much trouble with it. Continue to level 3, the Wolvercote Catacombs.