Crypt of the Damned (Level 6)

The Crypt of the Damned brings us another big boss fight as well as a new type of arrow, the fire arrow, for Zoya the thief. There are 30 potions to find and 2 secret chests.

1) The first secret chest is found in the darkness next to potion 11. Inside is the Pendant of Life Stealing which restores 1 point of health for every monster killed as long as the wearer is not the active hero.

2) The second chest is found under the bridge with potion 17 and 18. In the chest you’ll find the Bracers which reduce damage to the arms. 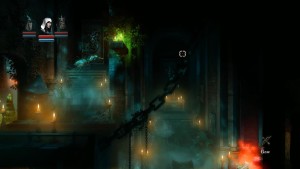 The first potion is found on a beam once you enter through the forest and into the first room of the crypt. 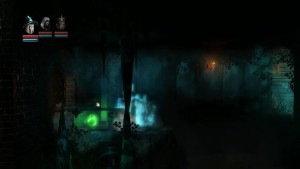 In the next room on the floor under a wooden beam. Use the wizard to flip it over. 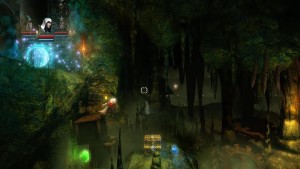 Hidden on the floor behind a couple of crates next to the first checkpoint. 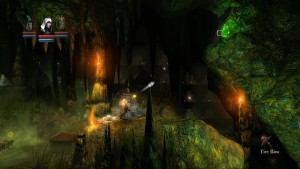 Behind a board on the side of a cliff. Now that the thief has the fire arrows you can break boards and boxes with them 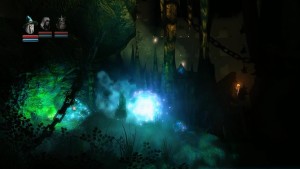 Just to the left of the next checkpoint. You’ll have to use the wizard to remove the glowing rocks that cover it. 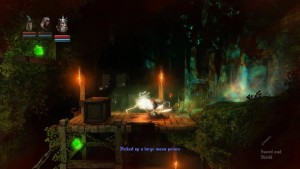 Once you drop down after the checkpoint and start heading to the left the potion is on a ledge after the platform.

7) On a ledge below the platform See the picture for potion 6. 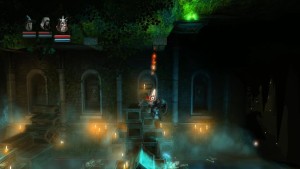 In the coffin room where you’re attacked by many skeletons the potion is on a board up near the roof. Use the thief to shoot a fire arrow and break the board. 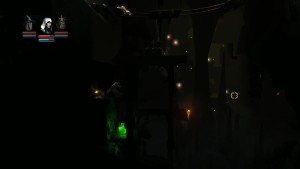 After killing the skeletons drop down into the darkness rather than crossing the bridge and find the potion on a rock ledge. 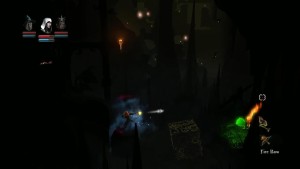 Continue to the right for the next potion. 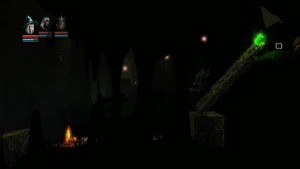 The next potion is further on to the right on a rock ledge. Use a box and plank to get up there. The first secret chest is here as well. 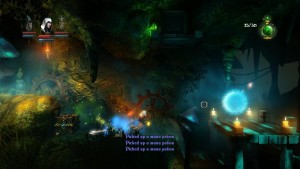 Just before the next checkpoint is a potion up on a ledge. Use the fire arrows to break the board and then swing up to it. 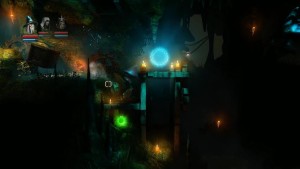 Drop down just before reaching the checkpoint to find the 13th potion. 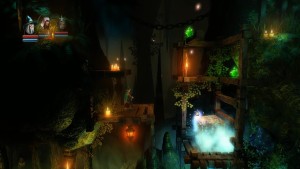 Climb up the platforms to find potion 14 and 15. You can’t miss them. 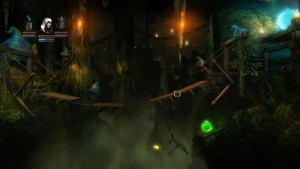 Under the bridge before the next checkpoint. Use Zoya to swing over to it. 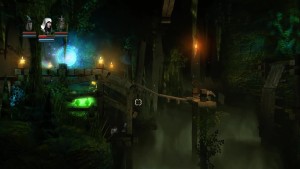 Under the next broken bridge. Use the wizard to put the bridge back together and then swing under it with the thief. The second secret chest is here as well. 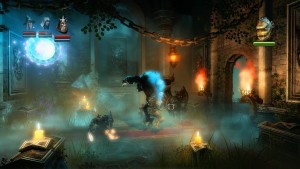 At the next checkpoint you’ll come across the big boss battle. He can only be hurt by hitting the part of his back that’s glowing. Take cover behind your shield when he attacks then try to jump over him and turn to hit him. 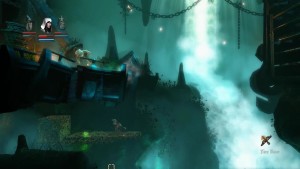 This potion is in a crazy location below the drawbridge. Don’t pull the lever just yet. Use the wizard to make a plank and balance it where the potion is located. Put a box on the left side to weigh it down and then another plank to extend out past the edge. You should now be able to drop straight down off the cliff and grab the potion. 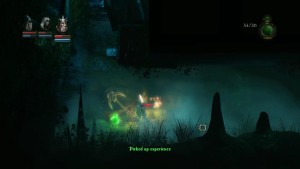 Just to the left of potion 19.

Pull the lever to open the grate and get out of the underground cavern. Now you can pull the lever to release the drawbridge and continue to the next level, the Forsaken Dungeons.