The Fangle Forest is a little easier than the previous levels and there’s not too much that will cause you trouble here. Lots of easy potions to grab and some nice treasure as well! 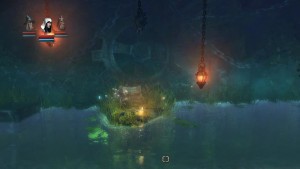 After entering the underground cavern after potion 6 you’ll find the chest on an island in the middle of a lake. Inside is the Scales of Fish which lets the wearer breathe underwater for an unlimited amount of time.

2) To get to the second chest you’ll have to swim through the water. See the instructions for getting potions 24 to 27 as this chest is in the same area. Inside you’ll find the Necklace of Power which increases damage for weapons that use mana. 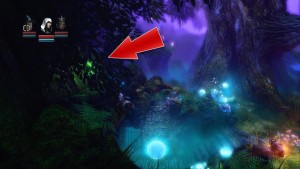 The first potion is found hidden behind some leave to the left of the start point. Use the thief to grapple up to it. 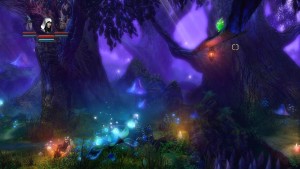 On a wooden beam above a pit of spikes. Grapple up to it or knock it off with a box or an arrow. 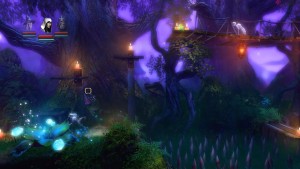 On a platform above the next pit of spikes. 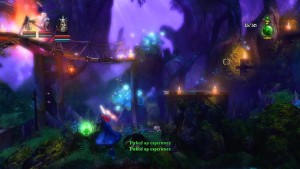 On the ground on the other side of the spikes. 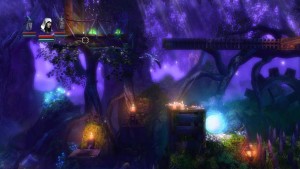 Just before the first checkpoint to the left of the moving platform. 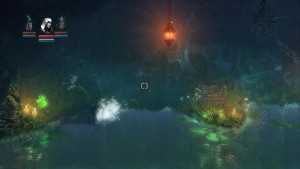 To the left of the first secret chest. 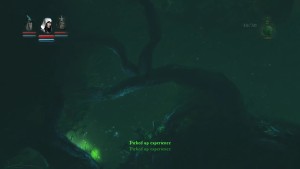 Dive straight down for potions 8 and 9 hidden at the bottom of a lake behind a branch. 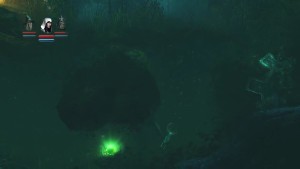 Under the water to the right. 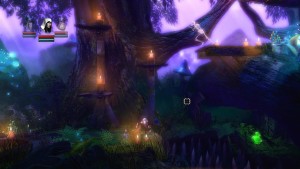 Once you come back out into the forest the potion is on the other side of a pit of spikes. 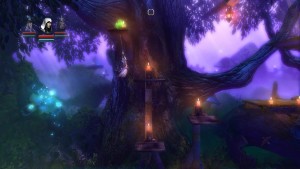 Grapple straight up before attempting to cross the spikes at potion 11. 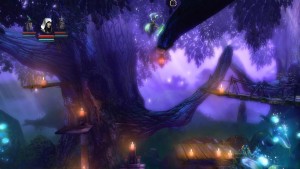 On a branch higher and to the right of potion 12. 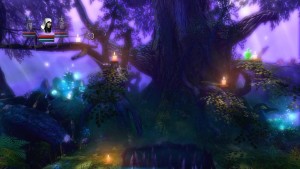 On a branch just past the next pit. 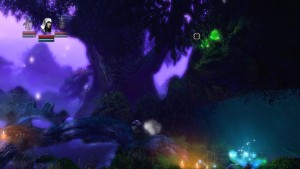 On a rock ledge just before going into another underground cavern. 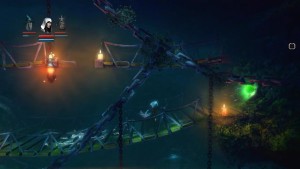 To the right of the first bridge down. 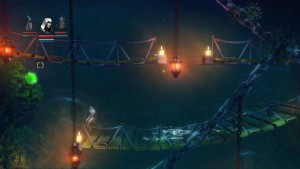 On the left side of the same bridge. 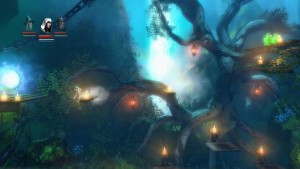 After coming out into the forest once more the next two potions are on a wooden beam above the first spiked pit. 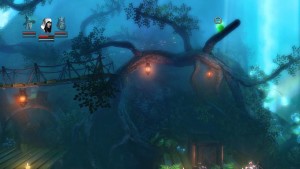 On a branch after the long bridge. 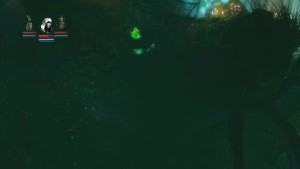 Dive down and swim to the right for potion 22. 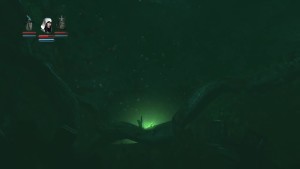 To the bottom of the lake is the next potion. 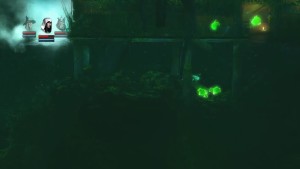 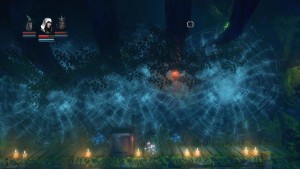 On a branch in the area with lots of spider webs. 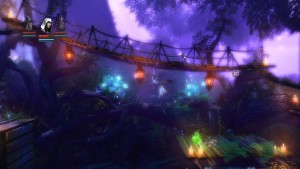 On the other side of a large gap once exiting the spider web area. 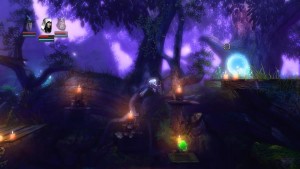 On the flappy platforms just before the last checkpoint.

Now that you’ve made it through Fangle Forest it’s time to head into the Shadowthorn Thicket.