The Beast of Toussaint

When you enter Toussaint you and the knights will come across a young knight named Guillaume de Launfal fighting a giant named Golyat. You can shoot Golyat in the eye for an instant kill or fight him in regular combat as usual. 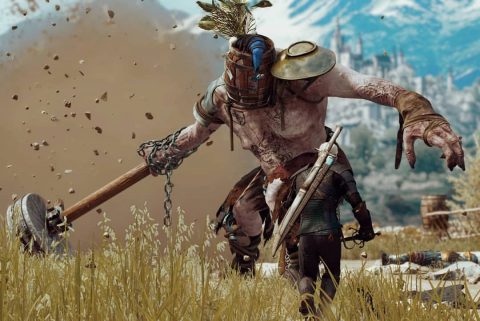 Make your way with Milton and use your Witcher senses to investigate the area. You’ll eventually find a Handkerchief with the monogram “d.l.c” on it in the water outside. Speak with Milton about it and then go back to the inn.

Geralt will conclude that the creature is a Bruxa. Go down into the cellar and fight the vampire. You can use Superior Moon Dust bombs or cast Yrden to stop her turning invisible.

Once you’ve killed the Bruxa examine the victim’s body and then go and see Palmerin at the arena. Along the way you may notice a knight on a horse named Bors. He’ll stop and chat with Percival for a while. If you listen to what they’re saying it will begin the side quest There Can Be Only One.

Once you talk to Palmerin he’ll take you to a spot in the stands where you can watch the fight between Guillaume (the knight who was fighting the giant earlier) and a Shaelmaar.

The fight will quickly get out of control and you’ll need to jump in to help out. Palmerin won’t die even if he takes a lot off damage so you don’t need to protect him. 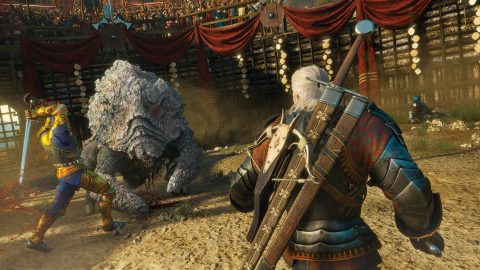 Once you’ve defeated the Shaelmaar the Duchess, Anna Henrietta, will give you the option of slaying or saving the beast. You’ll then be taken to Corvo Bianco where you fought the Bruxa and Anna will tell you that the estate is now yours. You can come back here later to fix up the place but for now ask Damien de la Tour about the victims. You’ll conclude that the next victim will be Milton de Peyrac-Peyran.

Anna will not want to cause a stir by stopping the games so you’ll need to complete the challenges to find the bunny without breaking the rules. Anna will run off to find the Pheonix Egg while you’ll be left to find the Unicorn’s Horn and the Golden Fish.

The Unicorn is really a horse with a horn stuck to it. Use Axii to calm it down so you can approach it and take the horn. Inside you’ll find a Clue. 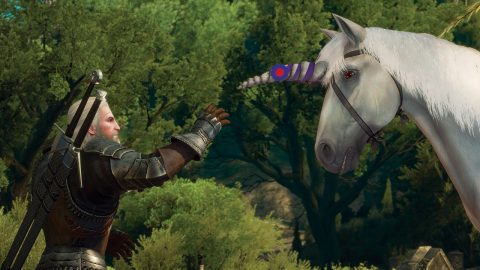 Once you have the Key and the Clue go back to Anna Henrietta. She’ll be in the process of taking the Phoenix Egg from a lady. Once you have all the pieces you’ll need to work out the answer to the puzzle. The correct answer is “Greenhouse” but if you get it wrong Anna will work it out and you’ll be taken to the next quest.