Paradox Equation is fairly easy if you take the shortcut across the river. There are some changes to the units. Your Tanks will be Tesla Tanks even though they look like regular tanks. The Allies have Artillery with super long range. When they start attacking you’ll need to hunt them down.

Bring the MCV to the top of the path and unfold the Construction Yard. Build the usual Power Plant and Ore Refinery. For this mission you want to defend your base long enough to build a Sub Pen. There’s an open spot on the river to the north-west.

The river to the west of the northern ore field is where you want to construct the Sub Pen. Build a Transport and send your Tesla Tanks across to the other side. The Allies only have minimal defences here. 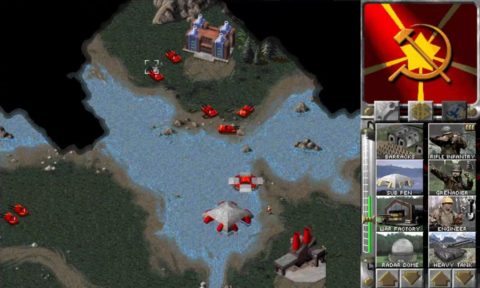 Once you’ve cleared the area transport over a few Engineers. Kill the final Allied Soldier defending the Chronosphere. Watch out, he’s super tough, so you’ll need a few Tanks just to defeat him. Once the path is clear send and Engineer into the Chronosphere to end the mission.