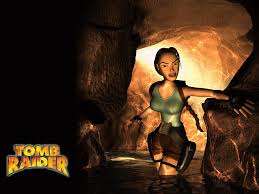 Tomb Raider 2 was released a year after the first game in the series and comes many new improvements making the game more varied and enjoyable to play. Tomb Raider 2 features dynamic lightning, allowing you to light up an area by firing  your gun, more weapons including grenade launches and a speargun, and the introduction of vehicles.

In Tomb Raider 2 you once again play the adventurous and beautiful Lara Croft. This time in search of the ‘Dagger of Xian’ which is rumored to be able to turn its bearer into a dragon! You’ll travel through exotic locations such as to the Great Wall of China, the canals of Venice and the snow capped Himalayas.

There are 17 levels to complete in Tomb Raider 2, each with three secrets to discover, the jade, silver and gold dragon statues. We’ll go through each level below with a list of item locations and secrets.

Lara’s Manor & Obstacle Course – Practice your moves in the peace and quiet of Lara’s Manor. Take the obstacle course to see how quickly you can make it to the end.

Level 1: The Great Wall – Lara is dropped off by the Great Wall. You must find your way into the guardhouses and through a difficult obstacle course into the caverns below.

Level 2: Venice – Ride on a speedboat through the canals of Venice!

Level 3: Bartoli’s Hideout – Enter into the secret hideout and blow it to bits.

Level 4: Opera House – Find your way into the Opera House and then work your way behind the stage to escape on a light plane.

Level 5: Offshore Rig – After escaping the Opera House on a plane Lara is captured and taken to the Offshore Rig.

Level 6: Diving Area – Explore the rig to find a submarine that will take Lara to the bottom of the ocean.

Level 7: 40 Fathoms – Find the wrecked ship at the bottom of the ocean before you drown.

Level 8: Wreck of the Maria Doria – Explore deeper into this wreck and reach the ship’s bridge.

Level 9: Living Quarters – Continue into another section of this great ship. You’ll discover the engine room, theatre and underwater caves.

Level 10: The Deck – The deck has come to rest in a large undersea cavern. Lara must find the Seraph and then make her escape.

Level 12: Barkhang Monastery – Break into the Monastery and find the five prayer wheels.

Level 13: Catacombs of the Talion – Make your way through the caverns and find the secret Tibetan Mask.

Level 14: Ice Palace – Find the gong and ring it to find the Talion artifact, just watch out for the giant Yeti!

Level 15: Temple of Xian – Find the Dragon Seal and then escape from the temple.

Level 18: Home Sweet Home – The adventure’s not over yet. Lara is attacked in her own home!

Tomb Raider 2 was first available for purchase in Oct 1997. It was developed by Core Design and published by Eidos Interactive. It was first released for Win 95, the Mac and PlayStation. The PC version in 1999 was also packaged with an expansion called ‘The Golden Mask’ which included an extra four levels.