Enter the first room on the right and shoot the box on the crate for a Laser Sight. Leave and enter the room directly opposite. Shoot the box for a Crowbar. 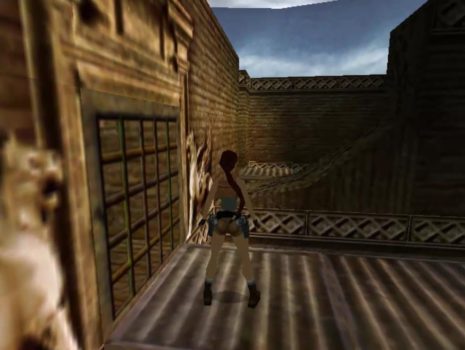 Turn around and take a running jump back to the ledge where you came. Walk forwards and then safety drop to the room below. If you want the extra pickups jump down to the rock mound below for Flares and pick up the Revolver Bullets from in front of the door. Jump back up the rock mound and then take a standing jump to pull up onto the ledge. Walk forwards to the next room for a cut-scene. You’ll be shown a series of cogs.

Turn to the right and take a running jump to the next ledge. 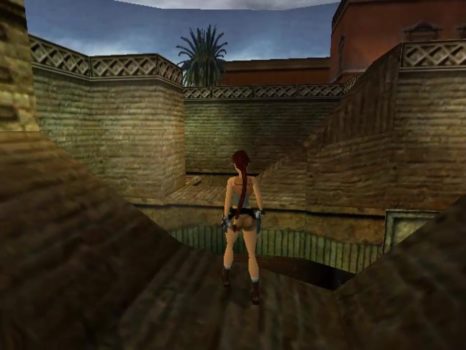 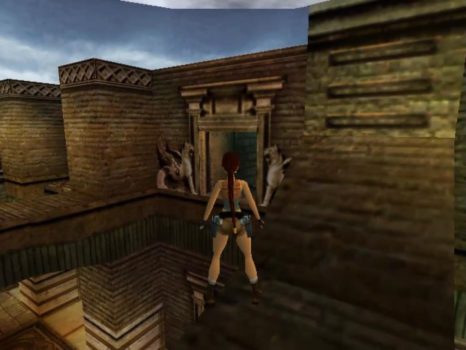 Leave the rope room and safety drop to the ground below. Turn around and run to the area behind the low railing. Drop down the trapdoor you just opened. Here you’ll find Shotgun Shells, Wide Shotgun Shells and Golden Rose #1.

Climb back out and run through the door in the center leading to the statue room. Run up the first ramp and then turn left before the second door. Climb up the two blocks and then drop down into the room on the right. Use the Crowbar to pry loose the Golden Coin and then exit the way you came. Rats will attack but just ignore them.

Drop down the two blocks and enter the statue room. On the left you’ll find Revolver Bullets and on the right a Small Medipack. Use the Golden Coin on the base of the statue to open the gate opposite the statue room.

Run out of the statue room and through the gate you just opened which leads back out to the cobbled street. The door to the left in the white wall is now open. 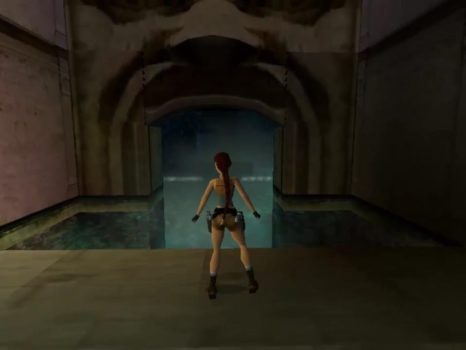 On the floor of the pool, just before a closed gate on the left, is a Small Medipack. You can pick it up now or leave it for later.

Pull up on the other side of the pool and run into the passage. You’ll be shown a cut-scene with a large Mechanical Head. Pick up the Revolver Bullets before continuing. Enter the room. You can either drop down to the ground level or fight it from the walkway. I found it easier to drop down.

The Mechanical Head will power up for a second and then shoot green lasers from its eyes. You need to shoot both eyes to destroy it. Use the Revolver with Laser Sight (See your manual for controls to zoom in and out. They should be the “.” and “/” keys.) Side flip out of the way when the head is powering up and then use your laser sight to target each eye. When it’s dead it will leave behind a Mars Stone.

Drop back down, leave the room and run to the other side of the room where you picked up the Mars Stone. Under the walkway you’ll find Revolver Bullets and a trapdoor. Stand on the left side of the trapdoor to open it. 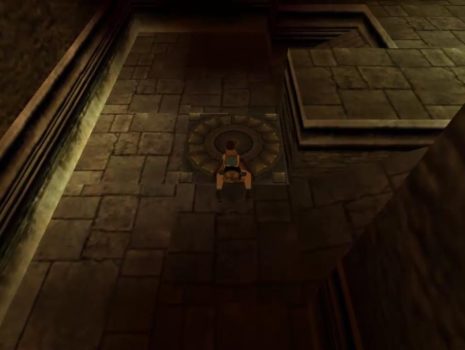 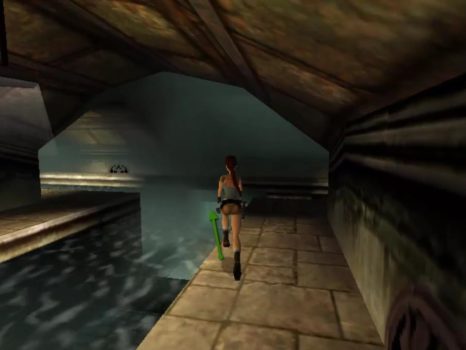 Swim back through the tunnel and pull up for a breath. Pull up out of the water and leave the way you came. Run back to the red machine and use the Valve Wheel on the front, bottom left side of it to attach it. Press Action to turn the Wheel which turns off the fan in the sewers.

Run back to the other side of the room and drop down the trapdoor into the sewers once more. Dive into the water and swim towards the fan at the bottom of the water. Enter the small tunnel at the very bottom on the right.

Follow the tunnel around and when you get to the large hexagonal tunnel ignore it for now and continue forwards.

Pull up into a small room for a Large Medipack. Drop back into the water and follow the tunnel back. This time swim along the large hexagonal tunnel. Follow the tunnel around to the right. The fan will push you across to the right. Swim up through the gap, all the way until you can pull up. You’ll be in a room with another red machine, this one has a wheel already attached to it. 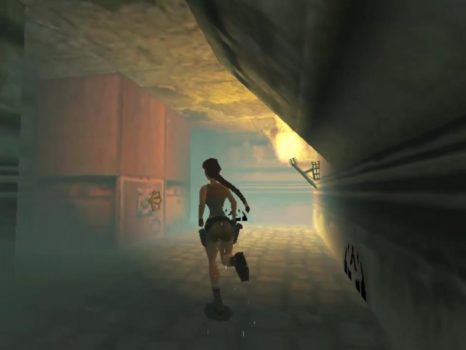 Turn the Wheel to turn off the fans in the water down below. Drop back into the water, swim down and when you reach the fans follow the tunnel to the right. Swim through the tunnel, all the way up and along until you can take a breath. Pull up into a small passage. Here you’ll find Shotgun Shells and a Shotgun.

When you enter the room ahead the gate closes behind you and the Statue comes to life. The Statue has a sword that shoots energy bolts. Flip to the left and right to dodge his attacks while blasting your Shotgun Rifle at him. When he dies a window will break and the gate in the pool down below will open.

Hop onto the ledge below the broken window for Uzi Clips and a Small Medipack. Climb onto the window ledge and run around to the left for another Small Medipack before dropping down to the street level.

Before diving into the pool we’re going to pick up the third secret. Follow the alley around to the left, when facing the pool. Go through the door in the white wall and go left to the end of the street. Another door has opened to the left. Go through and pick up the Golden Rose #3 in the back corner.

Return to the pool, dive in and swim through the tunnel to the left. Pick up the Venus Stone and then pull out of the water on the other side for a cut-scene.

Larson and the 3 Dragon Heads

First shoot Larson until he falls down. Flip from side to side to avoid taking too much damage. When he falls over another cut-scene begins.

The Dragons will shoot fireballs at you so keep moving. You can kill them with just your Pistols but it will take a long time. 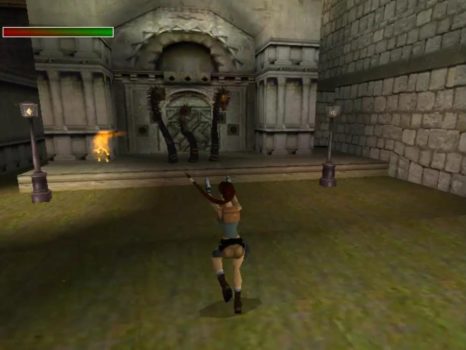 After a few minutes of constant firing one of the Dragons will be destroyed. Continuing firing at them until all three have been killed. Now you have a chance to pick up the loot dotted around the garden. There’s 4 boxes of Shotgun Shells and a Large Medipack. Return to the front of the façade. Place the Venus Stone on the right and the Mars Stone on the left to open the door.