Run forwards and drop down to face a ninja. You’ll need to block his attack first and then strike back to kill him. Slide down the ramp and jump across the gap to face a guard and another ninja.

Wall jump to the top of the ramp and then turn around. You’ll see a collectible, the sword TsuruGR Nini-chan at the end of a thin alley. 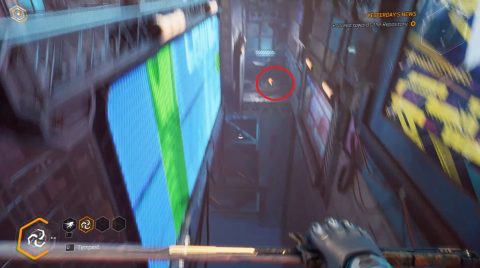 Grab it, then make your way back to the ramp and slide down. Jump across the gap and take out the next 2 ninjas. Wall run around the sides and slide down to a rooftop with 3 ninjas. They won’t all attack at the same time so be patient or use tempest.

Use the ziplines to make it across to another ramp and grapple up to another rooftop. There are ziplines going either way around a building. On the other side a handful of guards and a hover robot are waiting for you. Take out the robot first and slam it into one of the guards. Then use tempest or blink and take out the remaining guards.

Go through the unlocked door and look out over an area below. Two close combat enemies will jump up to you so step back and take them out. 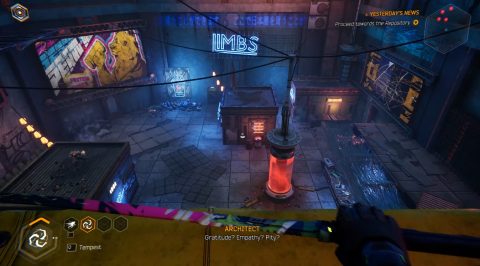 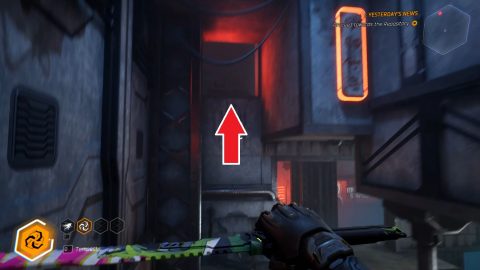 Turn to the right for the collectible sword Modified Carbon Yama. 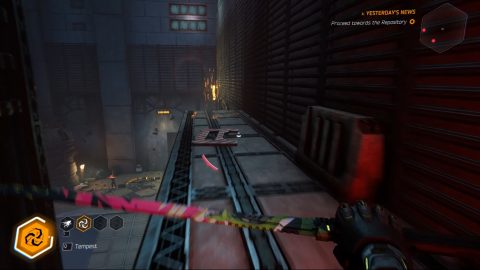 Drop down and take out the 2 guards in the next room then go through the door. Make your way up the elevator shaft and get out at the rooftops. Take the zipline around to another rooftop section. You’ll be attacked by 3 guards and 2 robots. It may take a few attempts but it’s not too difficult to dodge around them.

Take the zipline up and drop onto the pipe before the platform. Turn around and walk to the end of the pipe for the collectible Audiolog 4/7. 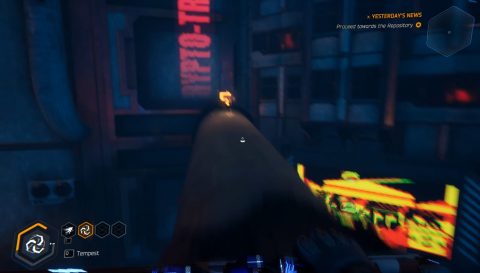 Climb up to the platform and climb up to the ledge with the yellow mat. Turn around and wall run up to another hole in the wall where you’ll find a collectible Educational Toy. 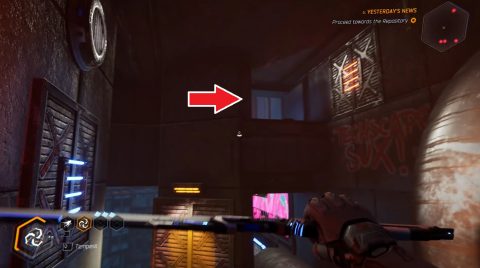 Go back and continue through the gate where you’ll find a guard and a ninja. Just ahead you’ll run into a machine gunner. Take them out and go through the unlocked door.

There’s a guard to the left, a robot across the gap and a ninja to the right. I use tempest on the robot to get rid of it quickly.

Walk up the pipe and take out the ninja guarding the corridor. At the other end of the corridor you’ll find a guard.

Go through the unlocked door and wall run along the panels around to the left. Jump to the zipline and ride it down. Take out the guard and robot and grab the shuriken if you want it. Then climb up to the higher ledge and take the zipline down. Just watch out for the guards, ninja and machine gunner. 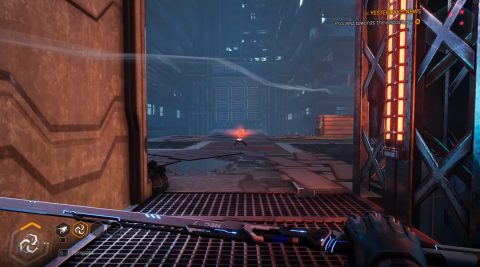 Climb onto the container and through the passage in the wall. Head around to the next unlocked door and go through.

You’ll face a new enemy with a laser sight. If he spots you it will take him about a second to shoot so keep dashing behind cover. 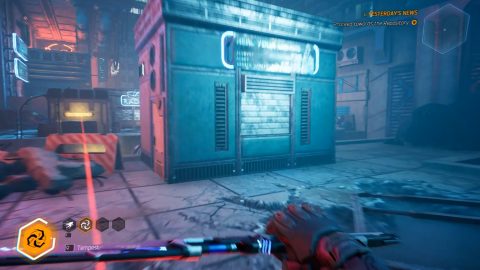 Sneak your way up to the sniper and take him out. Wall run to the zipline and go through the next door.

Move the large panel and use it for cover. Behind the boxes to the left you’ll find a collectible, the Atna Chip. 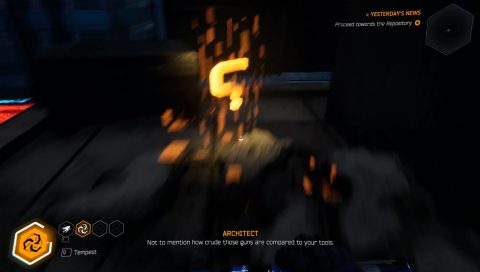 There’s another sniper so be careful. Dash from cover to cover until you can pull up to his platform and take him out.

Drop down where you see the yellow mat and wall run to the next unlocked door. Take the ziplines down and make your way to the circular platform.

Pull the switch again to turn the platform around and wall run to the ledge. Make your way forwards and jump/dash across the gap where you see the flashing arrow. 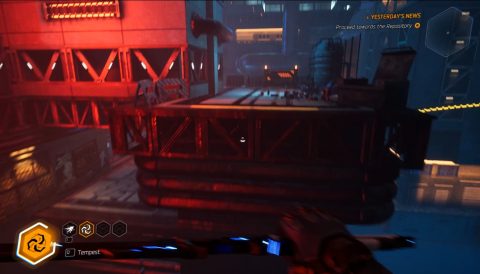 Make your way around and up until you see the jump boost. Drop down and use the jump boost to jump up to the ledge on the right side for a collectible Keymaster Insignia. 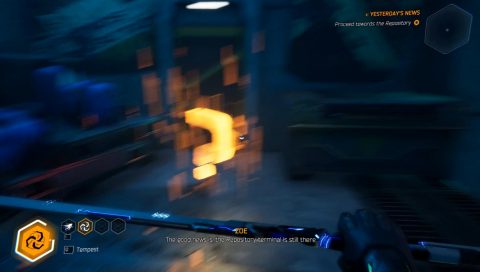 This is another sniper section but this time there’s guards to take out along the way. I prefer to use deflect so I don’t have to get close to them. Make your way to the sniper and take him out.

Use the 3 hover robots to make it over to the unlocked door and use the device to enter the cybervoid.

You will need to collect the 13 spheres while navigating across rotating platforms. This is quite difficult but there are checkpoints halfway across and at the other end of the blocks. 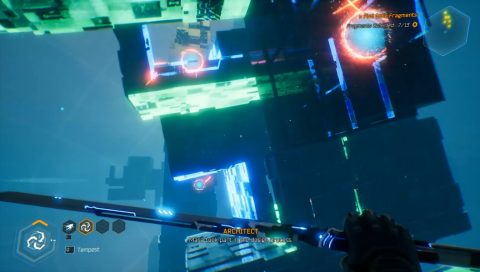 It’s best to grab as many as you can and make your way across to the checkpoint. You can then go back and grab any that you missed.

Once you have the last sphere you’ll be teleported to the end. Go through the door to complete the level.