This level starts with a fairly difficult climb up the tower to the top. You’ll need to get past the numerous spinning lasers along the way. 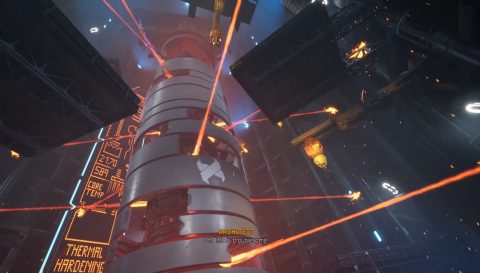 When you get to the top you’ll cut the large cord holding the tower in place. You’ll also drop down to the bottom so you’ll need to climb up again. This time the lasers spread up the walls as well. Jump away from the walls when the side lasers are approaching.

As you get nearer the top you’ll also face the spinning lasers. Take your time to work out the pattern. 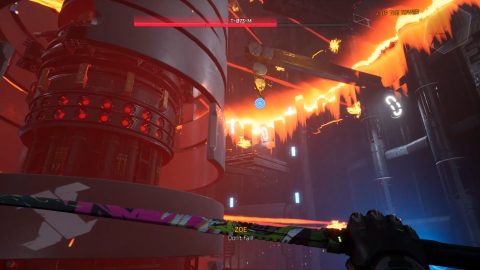 There is at least one checkpoint along the way so you don’t need to do the entire climb in a single run.

Once you break the cord at the top the tower will fall and you’ll also fall back down to the bottom.

With the hard tower climb out of the way you’ll still need break the power cells on either side. Avoid the spinning lasers as you jump over the floor laser. Getting to the power cells shouldn’t be too difficult. 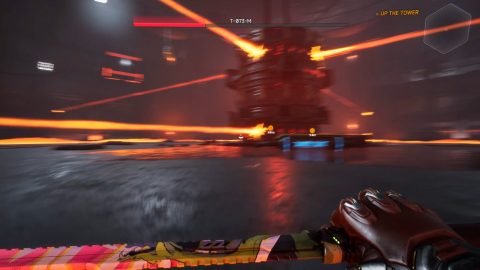 Break the two power cells on the ground and then use the hooks to grapple up to the third power cell up the top. Once you’ve broken all three of them there’ll be a bit more dialogue.

Head through the unlocked doors and take the elevator up to the next level.