Run down the corridor and turn to the right. Press the button and grab the collectible sword, the Izanami Unchained. 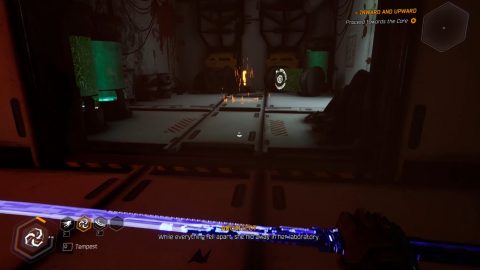 Head to the other side of the corridor and wall run to the right. Grapple across and grab the shuriken. Quickly make your way to the locked door as you hit the 3 buttons along the way. Dash through the fan before it turns back on.

Drop down to the walkway below and make your way around to the button. Press it to open the doorway on the other side of the fence. Head around and go through the door.

Drop over the edge and dash onto the ledge below for the collectible Handhold Console. 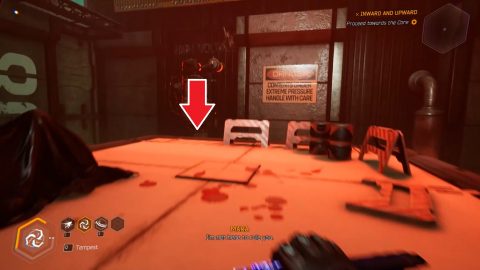 Grapple up to the ledge and continue up to the bridge above. As you run forwards you’ll be chased by little spider creatures. Run away until they explode and then continue on your way.

Run across the next bridge but get ready for more exploding spiders. Run back and use the side panels to avoid them.

Continue to the zipline and ride it to the right for a collectible sword, the Dharma Street Yama. 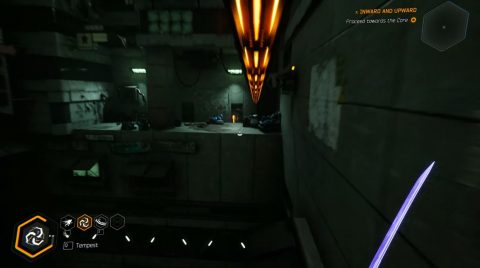 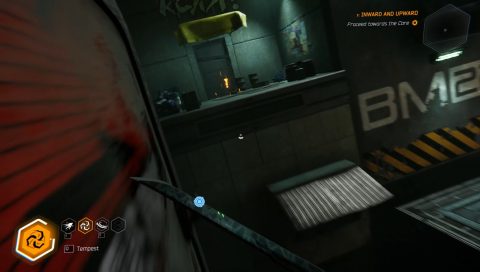 Take out the guard and ride the zipline back before the spiders get to you. When they explode ride it back over and do a loop around to the left and take out the ninja. 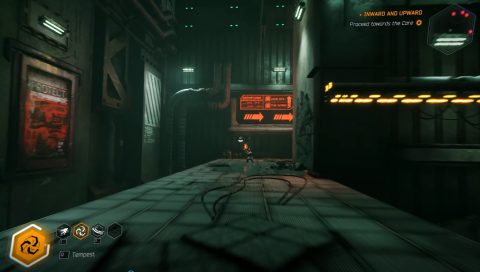 Head back around the other way and take out another ninja. Then finish off the last guard by the door and go through to the next room. 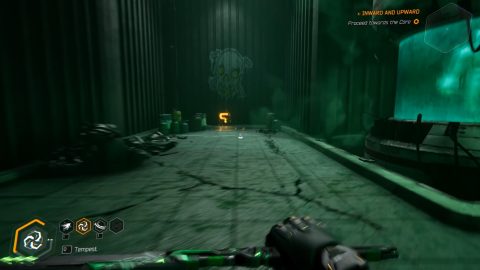 Go through the unlocked door and use the device.

You’ll need to grab the spheres to open the doors and progress. You can use the slide/jump technique to make it across the platforms. Stand on the fence and slide jump to the next platform. This is quicker then running around the side corridors. 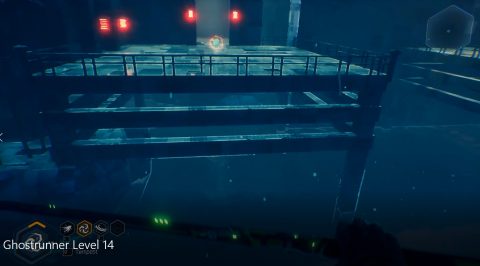 You’ll need to do this in three separate locations. Hunt down the spheres and head through the doors. You’ll be updated with the Overlord ability. This turns an enemy against other enemies in the area for a few seconds.

Go through the unlocked door and make your way to the next room using the wall runs and ziplines. Take out the first guard and then quickly grapple back to the previous ledge to avoid the spider’s explosion.

Head back and take out the shield guard around to the left. Ride the zipline up and deal with the ninja. There’s another guard on the next platform and one final guard in the corner guarding the door. Take them out and head through the door.

In the next area you’ll have a handful of guards to deal with as well as exploding spiders. I took the path to the right and dealt with the first guard and ninja. 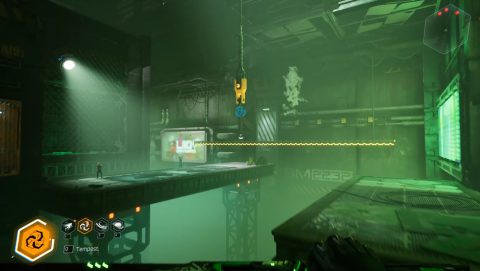 Wall run to the left and take the zipline on the other side of the room. Avoid the gunfire until you can get up to the speed boost. 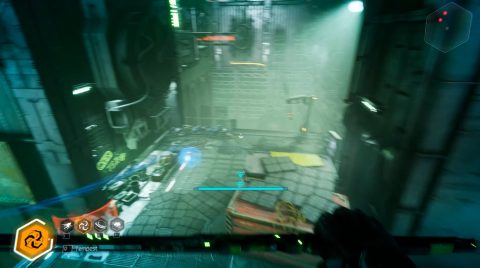 Take out the shield guard, break the shield around the corner and come back to finish off the guard. There’ll be one more ninja waiting for you somewhere in the center and a guard by the unlocked door. Go through and head down the corridor.

You’ll spot a new purple enemy this one will dash from platform to platform. Chase it down and take it out, then head through the next door.

This time you’ll have 2 purple enemies as well as a shield guard and a guard. Slide jump to the central platform for the jump boost and take out the enemies one-by-one. Watch out for the ranged attack of the purple enemies. 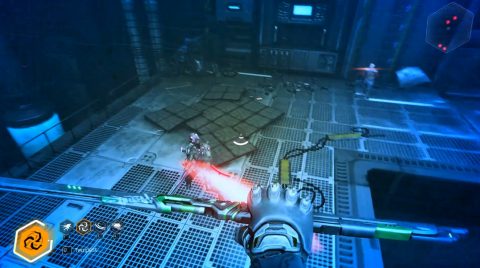 Finally take out the ninja waiting for you in the corner and go through the unlocked door. Wall run to the walkway and turn right. You’ll spot the collectible Audiolog 6/7. 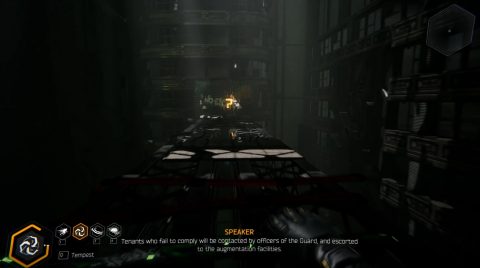 Wall run to the next room and take out another 2 purple enemies and a ninja, then head through the unlocked door. Go through to the lift and ride it up to complete the level.

Back: The Forbidden Zone          Next: Things You Wouldn’t Believe