When you get off the lift run forwards and take the zip line down. Take the next one to the right and then wall run off the panels around to the guard. Take him out and then zip line up to another building. 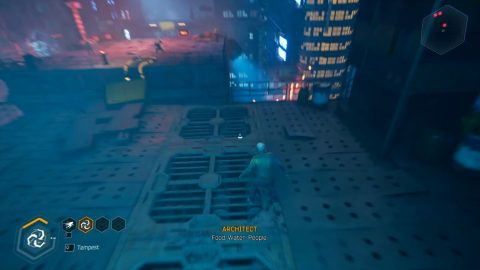 Jump across to the second rooftop and grapple across to the next building. Grapple over to the hover robot and ride it down to the platform below.

Ride the ziplines around to a rooftop. Turn around and ride the last zipline back around to a ledge with the collectible sword, Vintage Sentinel. 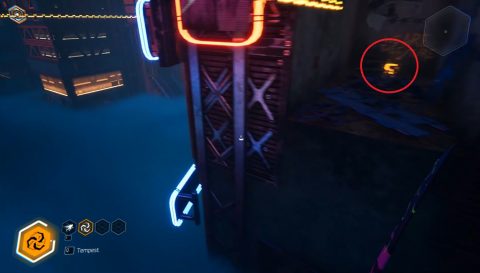 Head back on the zipline and make your way past the hover robot. Run to the other side of the rooftop and use the 2 hover robots. The second one you can crash into the 2 guards below. 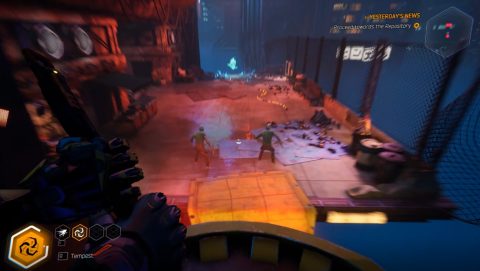 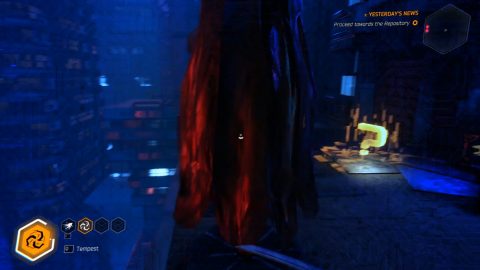 Drop down and use the jump boost to get across to the other building. Kill the 2 guards, ignore the zipline and make your way around to the left. In one corner of this rooftop you’ll find A Shabby Teddy Bear. 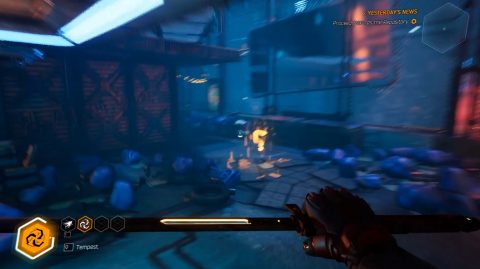 Head back the way you came and now use the zipline. There are two ways to go here but head to the left and grab the jump boost. Jump over to the next building, kill the 2 guards and break the shield.

Zipline across to the ramp, slide down and take out the next 2 guards.

Go through the unlocked door and head up the stairs. Grapple across to the zipline and ride it into the building to the right. Inside a small room you’ll find the collectible, Samsara Corporation Employee ID. 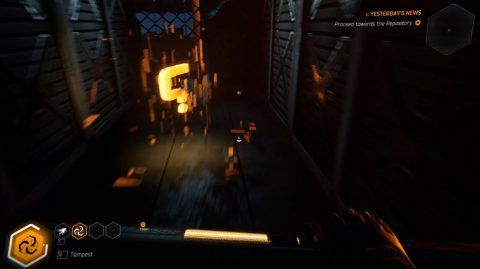 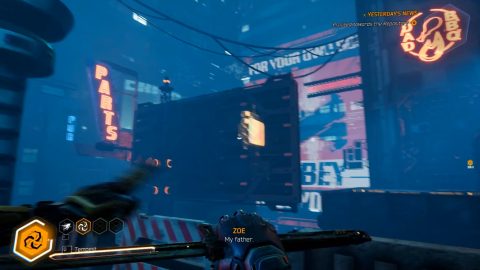 Wall run back to the previous rooftop, take the zipline and then wall run across the screens, including the one that you shifted earlier.

On the next rooftop shift another screen and wall run down to a platform. Ignore the zipline to the left and wall run to take out the hover robot. 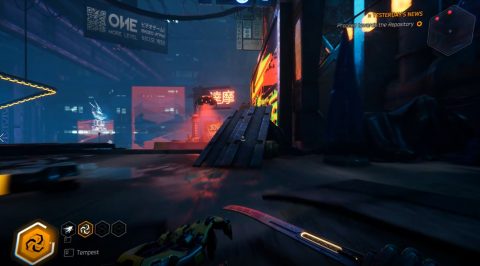 Jump/dash across the gap but watch out for the robot on the next rooftop. Climb up the other side and take out the 2 guards on the other 2 rooftops. Once the coast is clear head through the unlocked door.

Use the jump boost to jump up and ride the hover robots down to another rooftop. Crash the robot into one of the guards and take out the other one. 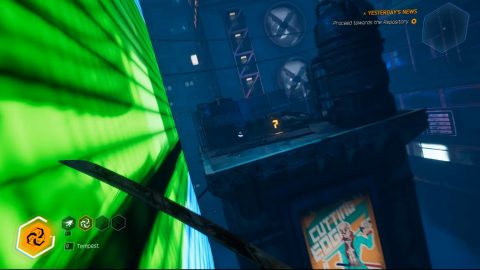 From here you’ll need to take out the 4 guards scattered around this block. Once they’ve been dealt with find the door and go through to the level exit.