Destroy either the enemy Physics Labs or the Nuclear Silos

Here you have a choice to make, destroy the Nuclear Silos (north side of the map), or the Physics Labs (south side of the map). The enemy base you decide to take out will determine the situation for the next mission. If you take out the Nuclear Silos the enemy will have Battlecruisers. If you take out the Physics Labs the enemy will have Nukes.

Whether you go north or south the enemy base in the opposite direction will be free to attack so make sure you’re well defended on that side. The enemies will have Ghosts so you’ll need Missile Turrets and probably a Science Vessel. They like to use Siege Tanks that unfortunately stay out of range of Bunkers so make sure you have some mobile troops at your main base to rush out and destroy them.

Siege Tanks seems to work well for this mission. The enemy may try to use Lockdown so bringing a few Medics who can counter that ability would be worthwhile. It’s also useful to bring a Science Vessel to spot any cloaked Ghosts that may harass your tanks.

Between one and two groups of Seige Tanks should be enough to smash your way through to either the Physics Labs or the Nuclear Silos. Move them forwards, place them in Seige mode, destroy everything, move forwards again, and so on. The Nuclear Silos are in the north-eastern side of the map and the Physics Labs are to the south-east. 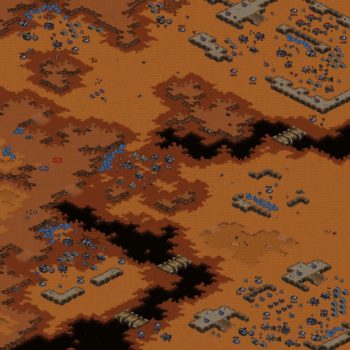