This is another mission without any base-building. You begin with Tassadar and 2 Zealots but you’ll pick up more units long the way. Tassadar has 300 shields so you can use him for a meat shield to soak up a lot of the damage. Keep him at the front in the beginning or the Zealots may die.

Tassadar has two abilites that are essential in this mission. Hallucination and Psionic Storm. You can use Hallucination to produce 2 duplicates of a unit that last for a short time. You can use these duplicates to scout ahead or stay behind to prevent enemies that explode from taking out your real units.

Head to the south, taking out the Zerglings and Hydralisk along the way. In the second large room to the south you’ll find some Marines who’ll join your party. Leave a duplicate behind to stop an Infested Terran from exploding any of your units. It will target the duplicate instead.

Continue south, east and then south until you spot a group of Hydralisks. Now would be a good time to try out your Psionic Storm on them. 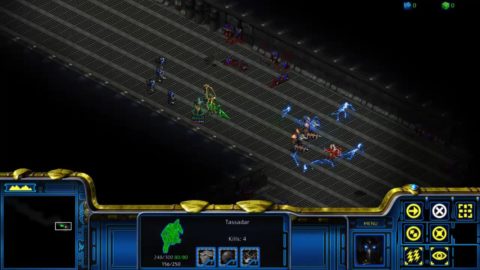 Continue to the west to the 4-way intersection. Head south first to rescue the Marines first. You may need a Psionic Storm to thin out the horde of Zerg. Then head back to the intersection and go north.

Follow the corridor around, sending out a duplicate first as you’ll come a cross an Infested Terran along the way. Continue following the corridor along and deal with the 3 Hydralisks before the staircase. Another Psionic Storm should do the trick. 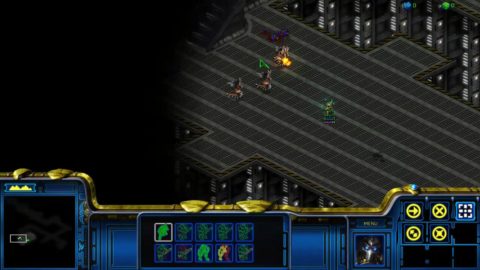 Kill another 2 Hydralisks at the top of the stairs and make your way to the Beacon. This unlocks a door further down west of the intersection. 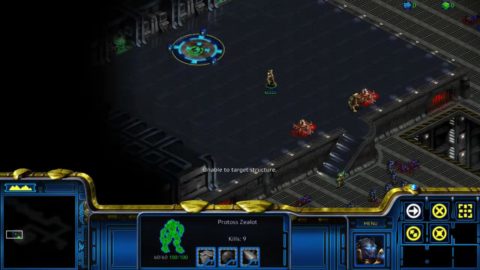 Head back to the 4-way intersection and take the path to the west. You’ll have to destroy the missile turrets embedded in the wall and then get past 3 Infested Terrans. The duplicates can destroy 2 of them and you’ll need to sacrifice a Marine for the last one. Head up the stairs and around to the door you just unlocked. As you near it 2 Turrets pops up from the ground.

Use Psionic Storm to kill the Zerg inside the room and then go west to free another group of Terrans, including a Ghost. Send the Ghost out and around the corner to the south. There’s a large group of Zerg and you’ll definitely need your Psionic Storm to take them out. 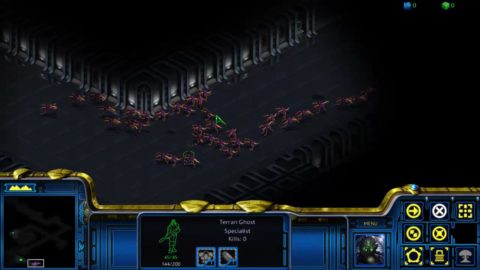 Bring your surviving units down the corridor to the east. The last door on the right is locked and contains the Beacon that you need to reach to end the level. Just ahead is the Beacon that unlocks that door but it’s protected by 6 Turrets. You can destroy the Turrets if you have enough troops but it may be easier to leave Tassadar behind and rush all of the other units towards the Beacon.

Once the door is unlocked send Tassadar in to stand on the Beacon and have a meeting with the Dark Ones.