Objective: Defeat the evil Sophia Leigh and grab the Artifact

Follow Sophia Leigh out of her office to the outside building area. She’ll begin shooting at you as soon as you go outside so move quickly through the next part. There are medpaks on the ground and a secret but you can return for these once Sophia is dead.

Jump up to the ramp just ahead to the right and climb up the block on the right. Turn around and taking a running jump to grab onto the edge across the gap. You can monkey swing across but it takes longer. Climb up the small block to the left, turn around and pull straight up to the walkway above. Run down the walkway to the other side and push the Button which opens up a trapdoor behind you. Pick up the Small Medipak here or come back for it later.

Crawl through the crawlway to the other side. Turn around and pull up onto the ledge. Walk forwards a little. There’s a sloped block that you can duck behind if Sophia is shooting at you. Walk to the edge and take a running jump to grab onto the ledge on the other side of the gap. Stand in front of the electrical box and shoot it. This will electrify the walkway that Sophia is standing on. 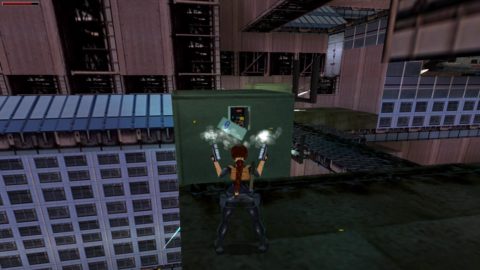 She’ll die and drop the artifact. Now you’re free to go down and collect all of the items and the secret. 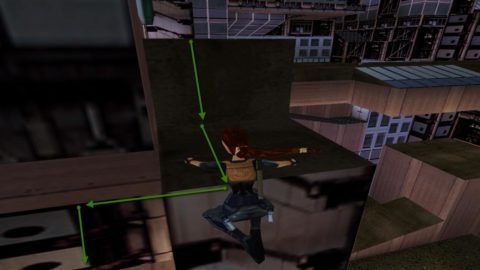 Climbing Back Up for the Artifact

Make your way back up the ramp, climb up the block and monkey swing or jump across the gap. Climb up the block on the left, turn around and jump up to the walkway. Take a running jump to the metal ramp on the other side. 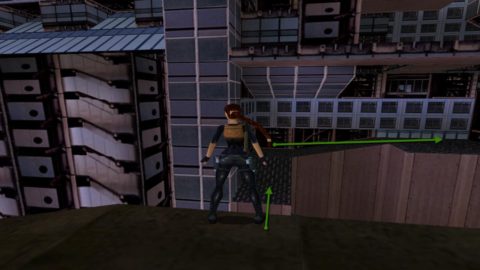 Wind your way around the ramp and climb up the blocks to the walkway that Sophia was standing on. Don’t stand on the walkway or the metal block next to it or Lara will die. Instead climb up and around the walkway and press the Button on the other side to turn the electricity off. 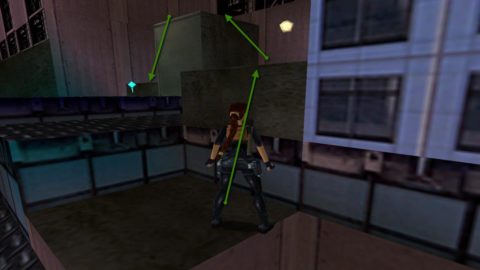 Now you can pick up the Eye of Isis artifact and end the level.