Objectives: Make your way through the Temple of Puna to find the South Pacific Boss who holds another articaft, the Ora Dagger.

Before sliding the ramp on the left wait for the rolling blades to move past. You can then run down pick up the Power-Up Crystal and run towards the wall on the left. 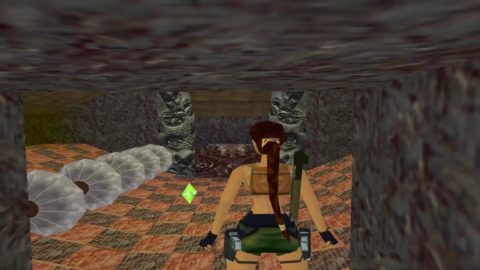 Quickly duck down at the edge of one of the blocks with the button. As long as you stay still and duck down you won’t get hit by the blades. 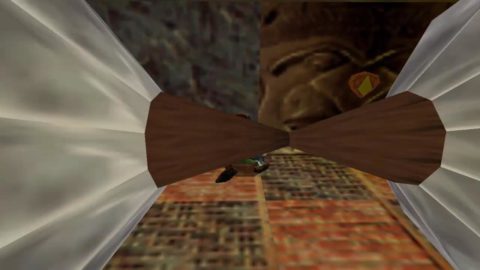 You will need to push all 4 Buttons, 2 on each side of the room. Push one Button and then run to the other one and duck down. Wait for the rolling blades and then push the next Button.

You can jump over the rolling blades when they are travelling towards you to get to the wall on the other side. Push both of those buttons and then leave out the door that opens opposite the entrance.

Slide down and pull out the block on the left to prevent the spiked roof from crushing you. Pull all 3 Switches to open the iron gate. Safety drop down the hole and slide down to a Small Medipak.

Pull the Switch at the end on the left. Turn around and sprint along the path. As long as you sprint early enough you should be able to make it into the passage before the boulder rolls over you. Pick up the Power-Up Crystal along the way or avoid it and take out the warriors in the next section first.

This is back at the starting area. A Warrior attacks from a passage on the right and 2 Warriors will emerge from the left. If you got poisoned you can go back, duck down and crawl towards the boulder to pick up the Power-Up Crystal.

Climb up the stairs that the 2 Warriors came from. Climb all the way to the top and stop about 4 steps from the crawlway. Turn to the left and take a standing jump to grab onto the edge of the wall. 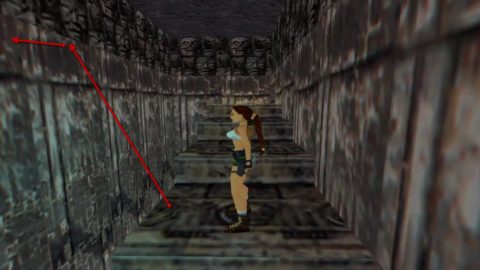 Shimmy across to the left and pull up into a dark passage for Secret #1. Pick up the Flares, 3 Sets of Desert Eagle Clips and a Large Medipak.

The Desert Eagle is the perfect gun for this boss fight. As you walk forwards the throne will turn around to face Lara. The boss is imune to bullets except when he’s using magic. Just before he’s about to shoot lightning flip to the left or right and shoot a bullet. After a few shots he will spawn a Lizard. Kill the lizard and continue shooting at Puna every time he fires a lightning bolt.

It shouldn’t take you long to finish off Puna if you’re using the Desert Eagle. Pick up the 2 Small Medipaks on the walkways to the sides and then grab the Ora Dagger artifact.