Objectives: Make your way through the tunnels to the bottom and fight Tony to win the Infada Artifact.

Shortcut through the Tunnels

These caves are more like a labyrinth over three levels with a boss fight on the fourth. The following shortcut will take you the shortest route through the labyrinth to the bottom. There aren’t many pickups here so you won’t miss much except Shotgun Shells and a Small Medi Pack that you can find on the second level.

From the level entrance follow the path to the left. Follow it to the t-intersection and then turn left. 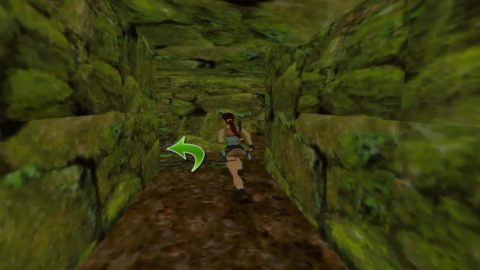 Take the second passageway to the right. Crawl through the passage and continue straight ahead into the second crawl space. To the right you’ll find Uzi Clips and a pit to the left. Pick up the clips and then drop down the pit on the other side of the crawl space. This will take you directly to the third level.

From dropping down the pit follow the passage all the way to the end until you come to a crawl space to the right. Go through and exit the crawl space to the left. Stand up, take a right, another right and one final right. Continue down the passage to the end where you’ll spot the next pit. There’s a Power-Up Crystal above the pit and some Flares on the ground next to it. Jump across to grab it and then drop down to the fourth level. 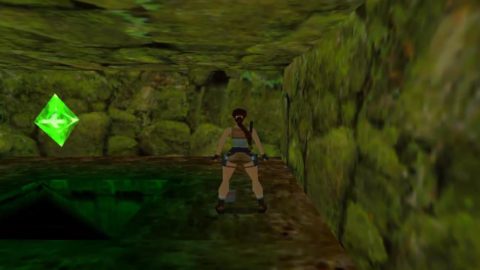 Light a Flare as soon as you drop down to reveal a frightening sight. Sprint through the Cobras to the other side. If you get bitten you’ll need to use a medipak to remove the poison. 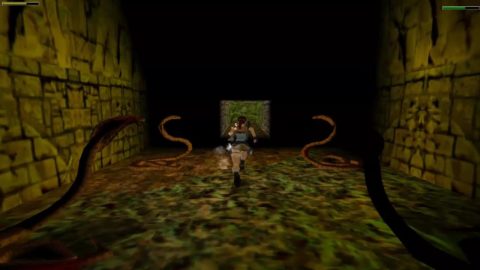 Quickly crawl through the passage to the right before the boulder squashes you. Drop down on the other side to find a Power-Up Crystal and a Small Medipak. When you’re ready slide down the slope for your first boss fight.

As soon as you enter this arena Tony will use his magic to turn all the water into poison. If you step in the water you’ll die. Tony will also shoot fireballs at you that will drop down on you from above. You can either hop from left to right, dodging the fireballs and shooting Tony in between or take a more direct approach.

Tony’s fireballs are a ranged weapon and he can’t actually hit you if you stand right next to him. As soon as you slide down into the arena run forwards and jump onto the same platform that Tony is standing on. He can’t hurt you from here so get your guns blazing and take him down. 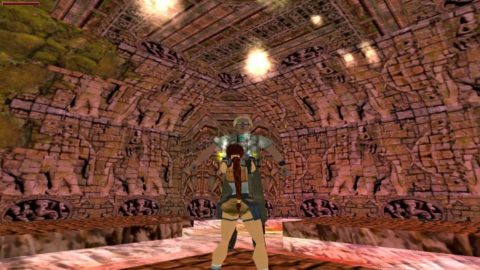 With Tony dead you’ll be free to jump around all the platforms and pick up the loot. You’ll find a Grenade Launcher, Grenades and a Small Medipak.

Finally jump back to the center platform and pick up the Infada Artifact to end the level.

After the cut-scene you’ll be given a choice of locations. I highly recommend going to Nevada next just because of what happens to you when you’re there. I won’t give away any hints but you’ll understand why when you go there.