Get ready to go deep into the forest in search of potions and secrets. Stay out of the water here as all of the lakes are poisonous. This is a shorter level with only 20 experience potions to collect.

1) The first secret chest is hidden in the branches with potion 4 and 5. Inside is the Prism of Light which gives 25% more health to the hero wearing it at checkpoints.

2) The second secret chest is also found in the trees with potion 19. Inside is the Health Vial which restores 25% of the hero’s health once it drops below 25%. The Health Vial is reloaded at checkpoints. 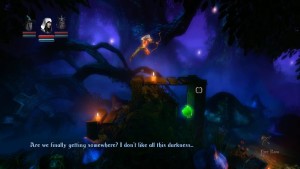 The first potion is Under some boards to the right of the start area. 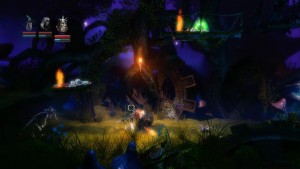 The second potion is on a platform where fire-breathing skeletons spawn. 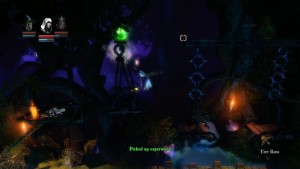 On top of the next swinging platform. 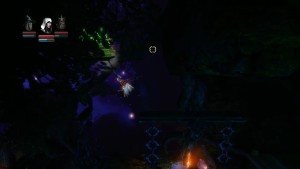 Keep heading upwards because there’s two potions and a secret chest in the branches up above the last potion. 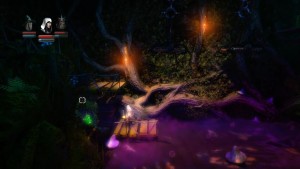 Next to the first acid pool behind two small stones. 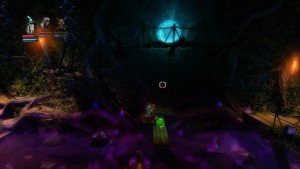 On a board in the middle of the pool of acid. 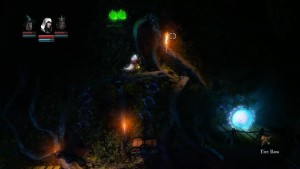 Head up into the trees above the acid pool to find the next two potions. 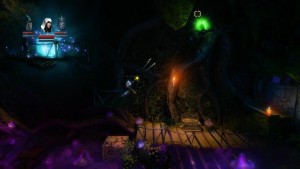 On a ledge above the chest with the Storm Hammer skill for Pontius. You can easily knock it off with an arrow. 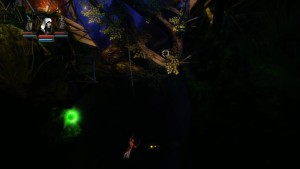 Drop down the gap in the next area with Zoya’s grapple hook to find potion 11. 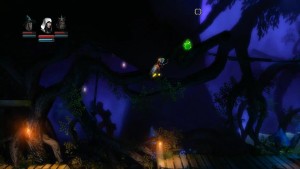 On a branch just after the gap. 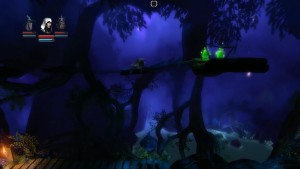 Continue along the broken bridge to find the next couple of potions. 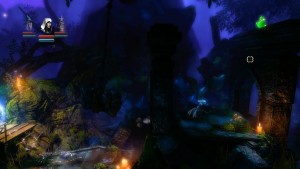 Use Zoya to shoot an arrow at the ropes and release the rock fist which will smash through the wall. The potion is on the next archway. 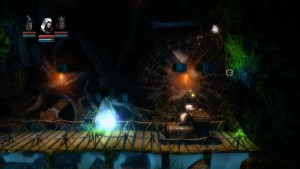 At the end of the walkway near the spiderwebs. 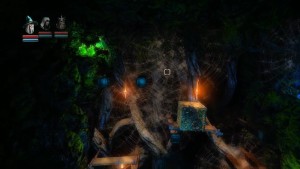 To the top left of the spider area. 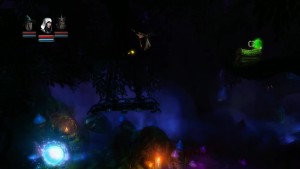 In a dark part of the forest up in the trees just past a checkpoint. The second secret chest is here. 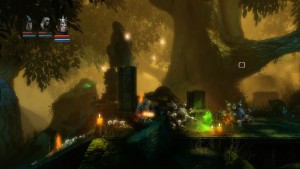 The last potion is found in between two spiky balls after climbing up the stairs.

The three heroes are happy to be out of the dark forest and now move into the beautiful ruins of the lost king in level 12, the Ruins of the Perished.