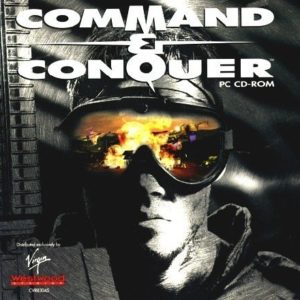 Command and Conquer is a real time strategy game produced by Westwood Studios and released in 1995. It features full motion video cutscenes that have been a hallmark of the series and is considered one of the classic RTS games of all time.

The Remastered version came out in June of 2020 and features 4k graphics, 7 hours of remastered music, mod support and full-motion video cinematics.

The basic strategy in C&C is to build a base, gather resources and then send out your forces to annihilate the opposition. Although each mission is slightly different and will have its own objectives.

There are two campaigns to choose from, the GDI (Global Defence Initiative), or the Brotherhood of Nod.

Mission 2: Knock Out that Refinery

Mission 14: Fish in a Barrel

Mission 3: Friends of the Brotherhood

Mission 10: Doctor Wong or Belly of the Beast

Mission 13: Cradle of my Temple

Westwood Studios was a game developer that became famous for such games as Battletech: The Crescent Hawks Inception, the Eye of the Beholder series, Lands of Lore and Dune II. It’s the last game, Dune II, that inspired Westwood Studios to create Command & Conquer. They wanted a RTS game similar in style to Dune II but were sick of endless desert. They create Command and Conquer, a game along the same theme but focused more on epic battles such as those fought in the Gulf War.

The Command & Conquer series was an immediate success and since its release it has spawned many sequels and offshoots. In 1996 Westwood released Red Alert, which is a prequel to Command and Conquer.