Your mission for all three locations is the same. GDI have stolen a detonator and are using it to threaten some of the local political leaders. Sneak into their base, steal the device and then get back to the chopper to make your escape. Only one unit needs to get back to the chopper and it doesn’t have to be the same unit that picked up the detonator.

Mission 6A: Extract the Detonator

You have two sets of units, one on low ground and the other on the cliff. The units on the low ground will mainly act as a distraction. Gather them together and make them move somewhere to the southeast.

Now that the enemy have been alerted to the first group gather the troops on the cliff together and head to the south. Quickly make your way east to the base and use the Rocket Bike to open a hole through the sandbags. Enter the base and grab the Detonator before making your getaway to the south.

Mission 6B: Extract the Detonator

As soon as you start the mission you’ll be attacked by GDI forces from the south. Move your Bikes to the north to keep them safe.

Make your way down to the south and turn to the east. Clear out as many GDI forces as you can along the way. Follow the path around to the north, past the Medium Tank on the bridge.

Head over the next bridge and you should see the GDI base. Distract the GDI with any remaining units and then send in the Rocket Bikes to grab the crate. Quickly bring them down to the flare to the south to complete the mission. 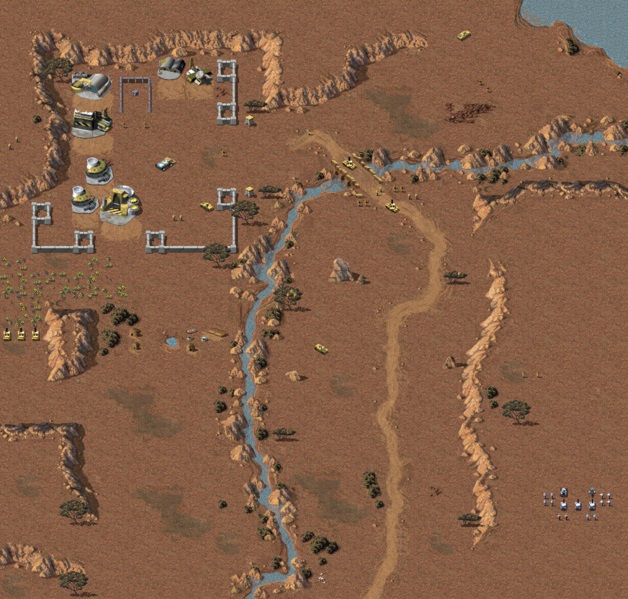 Send your troops south around the ridge and then follow the path to the north. GDI will send units down along the eastern side of the ridge so you should be able to avoid them if you go south first. Carefully take out the GDI forces guarding the bridge and then the Guard Towers at the entrance to the base.

Protect your Rocket Bike and send it in to grab the Crate once the GDI are distracted. Make your way to the flare signal to the south to complete the mission.

Next: Nod Mission 7: Sick and Dying or Orca Heist