The Iron Forge is without a doubt the most difficult level in the game. There’s lots of lava, drops to your death, fireballs and skeletons. Find all 30 potions along the way and pick up the two unique items as well.

1) The first secret chest is found with potions 9 and 10 just after opening the gate to the next area of the level. Inside the chest Amulet of the Kings which gives the wearer a 15% increase in maximum health.

2) The second secret chest is found with potion 17 and 18 in the water section of the level. Inside is the Victor’s Crown which increases the maximum number of planks for the wizard by two. 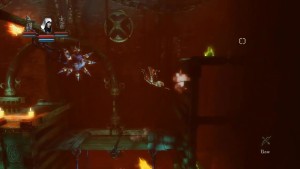 Work your way over to the right as far as you can go. Don’t go across the lava pool just yet. You need to go up past the swinging spiked ball to grab the first potion. You need to break the boards here above the scales so that you can get access to the lever on the other side of the lava pool as well. 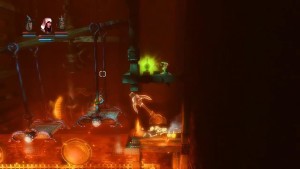 Now that the scales are free to move you can go down and cross the lava pool. Pull the lever at the end and grab the potion. 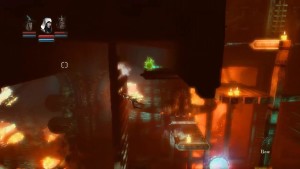 Head through the gate that was opened after pulling the lever and watch out for all the skeletons spawning in this room. The potion is up on the top left. 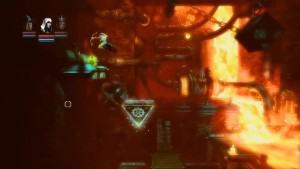 Take the elevator platform to the top and use a floating platform to jump across to the potion. 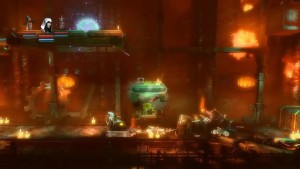 Just below the next checkpoint is a platform with a hidden potion inside. Break the boards underneath and the potion will drop out. 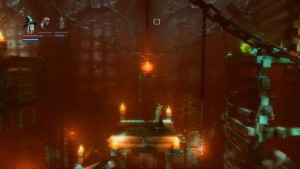 Head up and to the right for the next potion. It’s next to a swinging board so shoot an arrow at it or move it with the wizard to push the potion off. 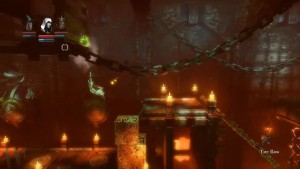 From the last potion put a plank on the spikes and climb over to the left. The potion will be on a ledge before dropping into the fireball area. 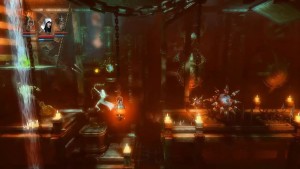 Run to the left and shoot an arrow at the rope holding the platform up at the end. This will block off the fireballs from this side and release the potion. Pull the lever which will open the gate to the next section of this level. 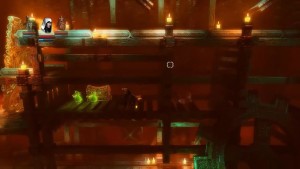 After going through the gate jump up the gap in the roof on the far right to get access to the potions and chest. 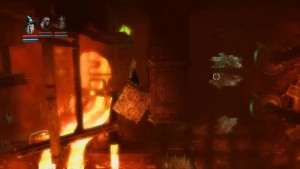 Head over the balance platform to the right. 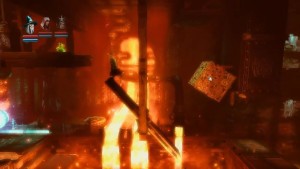 Jump to the left side of the balance platform. 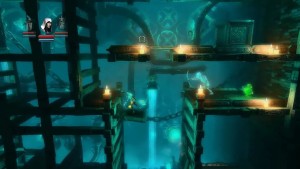 Head across to the water section and climb up the flappy platforms to the potion protected by a skeleton. 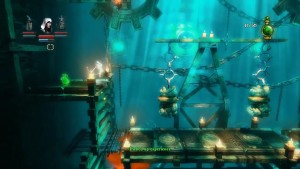 Continue up and to the left past the scales with rock fists. 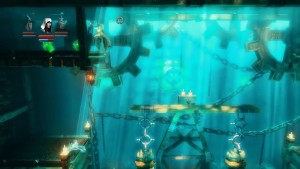 Swing up to the next platform for the next two potions. 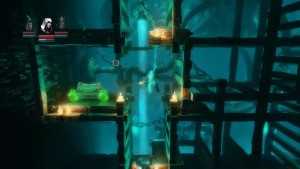 After pushing the three buttons make your way down the grate that opens slowly. Half way down you’ll find the next two potions and a secret chest. 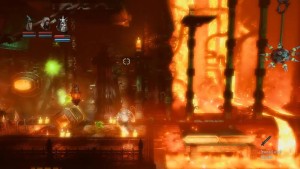 Run through the gate that has opened to the right and keep running through the spikes and over the buttons. The last button will drop down a stone and two experience potions. 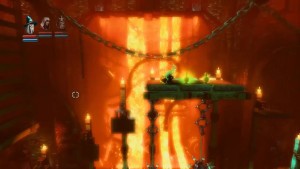 Jump up the flappy platforms to the next two potions. 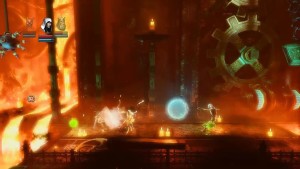 On the far side of the lava pit.

24) This potion is actually held up by the chain and box just after potion 23. Shoot it down with an arrow or somehow free up the box on a chain and the potion will drop down. 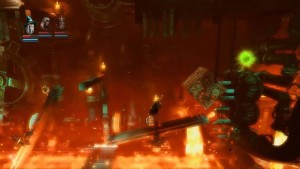 Continue to the right over the balance platforms. 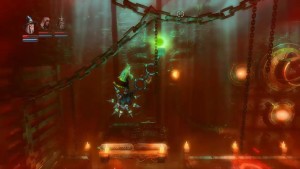 Climb upwards now and the potion is on a beam which holds the spiked ball. 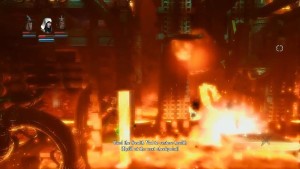 Once you get to the section with elevators drop straight down and hug the wall to the left. The potion is on a small ledge at the bottom. 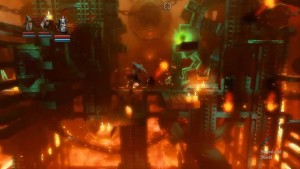 It’s probably easiest from here to use Zoya and grapple across to the right and then up for the potion on top of a beam in this area. 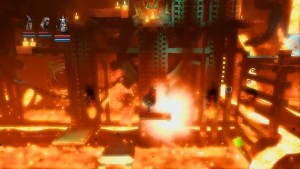 The next potion is hugging the wall on the right side of this lave pit. 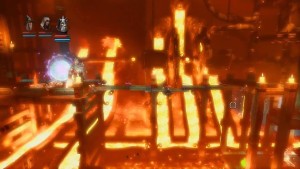 To the bottom right after crossing the next checkpoint. 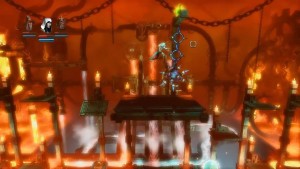 Jump across the top row of flappy platforms and the potion is on a beam above a spiked ball. 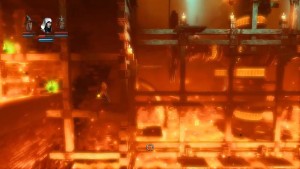 After passing the flappy platform section and pressing the three buttons head through the gate and drop straight down. On the last flappy platform jump to the left to get inside the enclosed area. 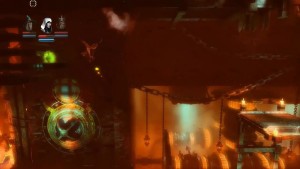 Before leaving this area to go higher swing across to the far left with Zoya for the last potion of the level.

Now that you’ve worked your way through the Iron Forge continue on to the last level of the game and fight Sarek in the Tower of Sarek.