The Crackling Mire is quite a tricky level because parts of it have electrified water. There’s also lots of spitting plants to avoid. Make your way to the left, freeze the seesaw and place a box on it. Place another box on the higher ledge and build a rope bridge so you can get over the wall. 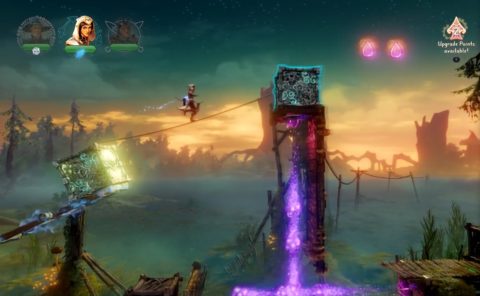 Drop down and use the ring to swing up to the next ledge. Place a box on the ledge and use it to dash across to the large Orb. Continue to the right for the first electrified area.

Break the branches holding the block and place the plank on top of it. Use it to jump across the water.

Just to the right you’ll see a generator. It electrifies any metal around it within a few meters. Pull the block away until it’s no longer electrified and use it to jump up to the ledge. Once you get there shadow creatures will spawn. Kill them and continue to the right.

Continue through the gazebo and use Zoya to hit the seesaw with a regular arrow to flatten it a little. Then freeze it in place so you can jump across. 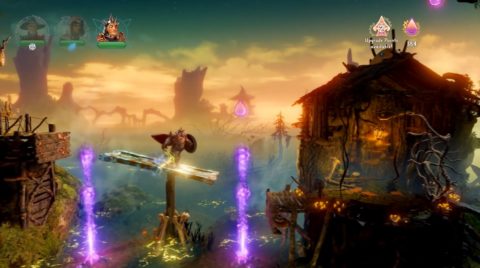 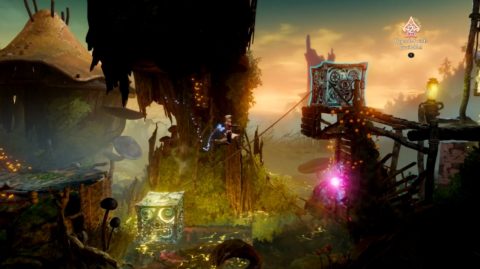 Place two boxes by the door, far enough away so they don’t get electrified. Use them to jump up to the ledge and across to the large Orb. 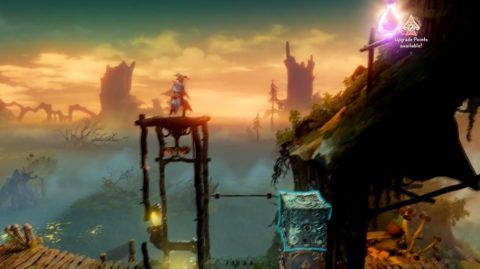 Place the boxes on the generator so it triggers the door mechanism and opens the door. Go through and use the rings to swing across the gap for a few Orbs. Defeat the Shadow creatures on the other side and build ropes up the wooden structure.

Freeze the spitting plant to the right and place a plank over the two logs. Put a box on the plank and bridge over to the left so you can grab the Orbs. 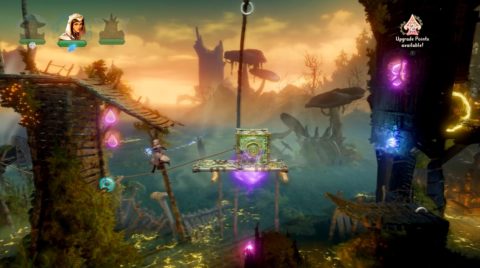 Shoot an arrow to break the branch holding the 2 jars to the right and then bridge over the electrified water. Place an ice raft on the water and then two boxes on top of it. Bridge over to the top box and jump up to the factory.

You’ll need to use three boxes to bring the electricity from the generator to the door mechanism. Place two down first so you can lean the plank towards the door. Place the third box to activate the trigger and open the door. 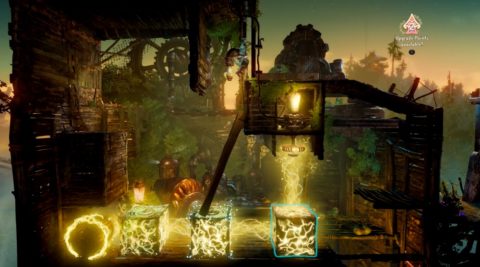 Go through and then remove one of the boxes to close the door. climb up for a large Orb and then continue to the right.

Swing across the platforms and use the seesaws to grab the large Orb higher up. Once you drop down to the right you’ll be attacked by more Shadow Creatures.

Head into the tree and use ropes to bridge your way up to the top where you’ll find a Letter. 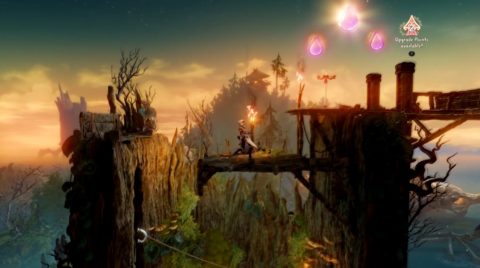 Take the lift back down and grab the Orbs at the bottom. Jump up to the ledge and down the other side. Have Zoya freeze one of the spitting plants and use a steel ball to roll across the poisonous plants. You’ll need to use Pontius to deflect the fireballs from the other plant. On the other side you’ll be attacked by Shadow creatures.

Place a box on the second lift to bring it down and jump across to the first one. Remove the box and jump on the second one so you can reach the Orbs above. 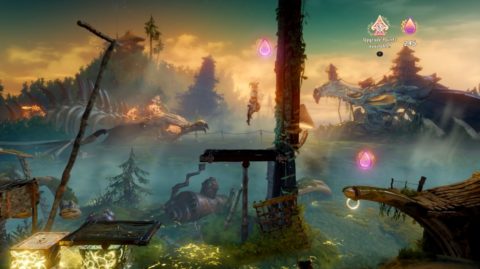 Head to the right for an electrified pond with spikes! The easiest way to get across is to place an ice raft down with a box on top and a plank leaning towards the wall to the right. Jump and dash or blink across to the plank and jump up to the ledge on the other side. 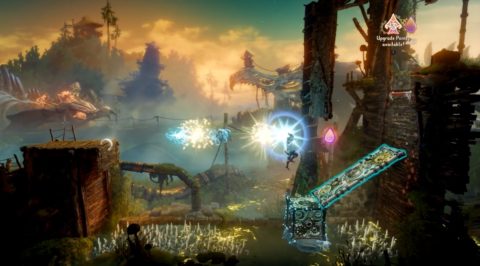 Use Zoya to latch onto the ball and roll it to the ledge to the right where you’ll be attacked by more Shadow creatures.

Have Zoya attach a rope to the ring at the end of the ledge and swing down and to the left into a secret cave. Place an ice raft and a box or plank on top of it, then have Zoya pull out the ledge and freeze it in place. 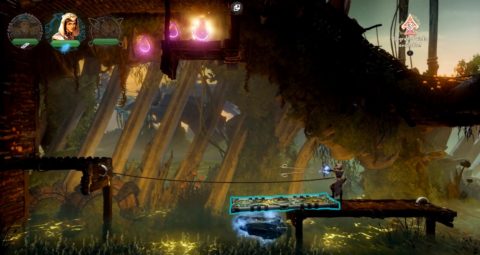 From here you can make your way up to the Orbs and the chest with the Piece of Amber. Head back out of the cave and bridge up to the ring in the middle. Dash across to the other side and dodge the spitting plants. Continue to the right and breach the branches holding the steel ball. Use it to swing over the electrified water.

Bridge across the pond with spikes on the roof and place a box on the middle spikes. This will lower a secret trapdoor. Jump on top and then up to a secret room. 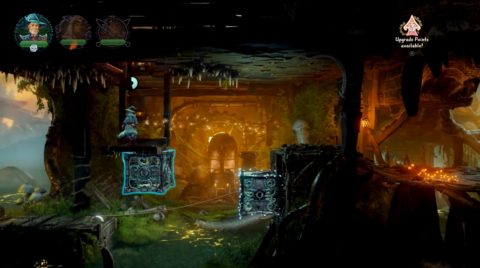 In this room you’ll need to bring electricity from the generator to the trigger on the left by balancing planks on the pipes. I find it’s easiest to place them in a V formation with a box in the middle. 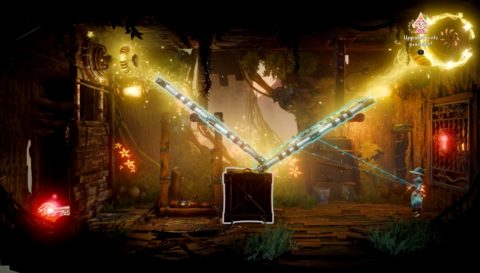 Once the mechanism slides open grab the red key and use it to open the gate. Inside you’ll find a chest with a Seesaw. Drop back down the trapdoor and dash to the right.

Place planks on the logs and and a box on the first plank to stop the spitting plant to the left. Freeze the middle plant and bridge up to the rope so you can grab the Orbs.

Use the bars to jump up to the other side and then freeze the spiked wheel above. Place two planks on it to bring electricity to the door mechanism and head through. 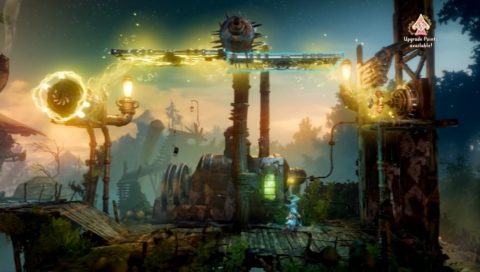 Roll along the steel ball and continue to the right to meet the mermaid and complete the level.