The final boss fight is against the Nightmare Prince. It’s made from shadow and ice and has a few different attacks. It’s main attack is the shadow/ice laser that follows you around the arena. The best way to avoid this attack is to blink through it.

The other attack is a dash. The path will be laid out in purple so you’ll have a second or two to get out of the way. Once again if you can’t dodge the Prince then blink through him with Amadeus. 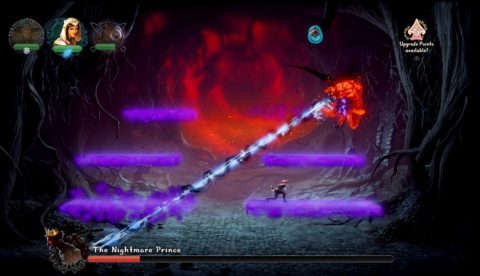 There aren’t really any tricks to defeating the Nightmare Prince. Just keep dodging his two main attacks and attacking back as often as you can. Once he’s been defeated the Prince will defeated the Shadow version of himself and you’ll complete the game!