For this mission you need to infiltrate the Research Center by sending in a Spy. First you’ll need to take over the small Soviet outpost to the south of your starting location. You’ll be attacked as soon as you enter the map but you should have enough soldiers to deal with the Soviet Infantry. Set up your Command Center, quickly build some Power Plants and then build a Barracks and Ore Refinery.

There are two ore fields, one to the left and one to the right. When you have the funds build a second Ore Refinery to harvest the ores on the other side of the base. Build a War Factory and with 4 or 5 Tanks roll down with a dozen soldiers to the small Soviet Base with the Radar. 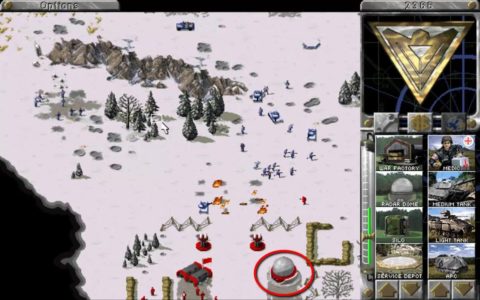 Take out all of the defensive structures but make sure you leave the Radar standing. Damage it to below 25% health and take control of it with an Engineer. This will allow you to build a Naval Yard in the bay to the south.

The Soviets will continue to land troops on your shores so make sure you have units defending your base and naval yard. An AA Gun would help with the attacks from above as well.

Build 7 or 8 Gunships and send them out to explore the area to the east, destroying any subs along the way. The area to the north-east of the Soviet island is a good place to launch an invasion. Send 2 or 3 Transports with Tanks and your Spy. When you land the Soviets will attack but you should be able to get your Spy into the Research Center just to the west without any trouble. Just make sure your Tanks take out any Dogs, as they are the only units that can see your Spy. 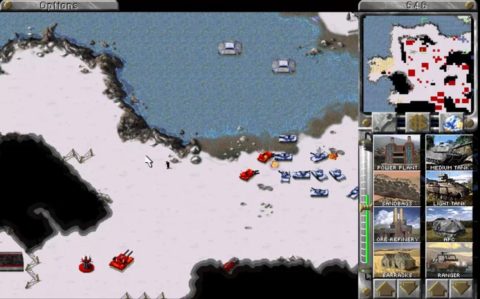 With that done your next task will be to destroy all Soviet Units and Structures. Bring in reinforcements and sweep through the remaining Soviet base. You’ll also need to clear the waters of any Subs and destroy the Naval Yards as well. When all units have been destroyed this mission will be complete.

Next: Capture the Radar