For this campaign you play as the young Barbarian hero Kilgor as he vies for the throne of Krewlod. You’ll begin with your first challenge to defeat an Ancient Behemoth. Then you’ll need to wipe out the other contenders and finally deal with the king himself.

Kilgor begins with the Advanced Offense skill and has the Behemoths trait. This gives Behemoths +5 Att, +5 Def and +10 Dmg. 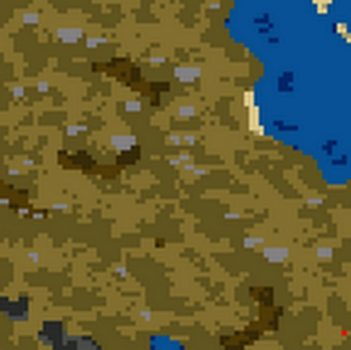 For the first scenario you need to defeat an Ancient Behemoth within 3 months. You begin with 5 Cyclops, 1 Behemoth or 4 Rocs. Kilgor is limited to 12th level and continues on to the next scenario.

Kilgor begins in the northwest corner of the map and you’ll need to head down to the southeast to find the first Stronghold town. Continue further to the south to find the second Stronghold. You’ll need to move fairly quickly as 3 months isn’t a long time to explore the whole map. There are no Taverns so Kilgore will be your only hero.

Continue to the east and then north. Along the way you may find some wandering creatures who are willing to join your army. To the very north, just to the west of the volcanos and north of the skeleton, a group of 6 Black Dragons will offer to join.

Go through the underground tunnel in the very northeast corner of the map. This leads to the Behemoths’ lair. First take out the Wraiths and then the pack of Ancient Behemoths. Once they’ve been defeated the scenario will be complete.

Taming of the Wild 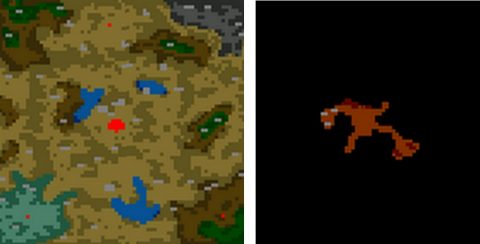 To complete the second mission, Taming of the Wild, you’ll need to defeat all creatures in the area. You have 3 of your top lieutenants to help you out. If any of them are killed the mission will be a failure.

Your starting bonus is 8 Ogres, 6 Thunderbirds or 30 Orc Chieftains. Your heroes are scattered about and won’t be able to meet up until they are freed from their starting location. Kilgor will need to visit the Green, Red and Light Blue Keymaster Tents so the other heroes can make it past the guard towers.

This is not a difficult map but it will take some time to clear out the entire area of creatures. Recruit as many creatures as you can from external dwellings to speed up your army growth. Once all creatures have been defeated you’ll move onto the next scenario.

For this scenario you need to defeat the other 3 contenders to the throne. You have Kilgor, Oris, Gird and Gurnisson as your starting heroes and you must keep them alive or the mission will end. They are limited to level 30 for this scenario and you begin with Sandals of the Saint, 5 Cyclopes or a Cyclopes Cave.

To get a head start from your Stronghold head out to the northeast and you’ll find Dragon Fly Hives. Tag them to get the Wyverns. This will give you a big headstart and you can almost immediately make your way to one of the enemy towns.

The Tunnels leading underground will take you to a central underground Dungeon. Tunnels head out from the center leading to all the other enemies. Once you’ve weakened the enemies build up the Dungeon as it’s the only town where you can build the Level 5 Mage Guild.

Make a rush for the center and you’ll be able to recruit Behemoths from the lairs. Sweep around to take out the enemy towns and defeat any remaining heroes to complete the scenario. 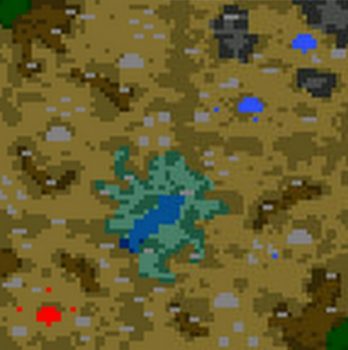 For the final scenario you have 3 months to defeat the King of Krewlod, Duke Winston Boragus. You begin with 3 Thunderbirds, Lions Shield of Courage or the Upg. Ogre Fort.

To reach the King you can either defeat the Water Elementals in the center of the map and then go through the portal in the very northwest corner of the map. This takes you to a portal on the northeast corner behind the King’s castle, or the southeast corner. You can also find the Light Blue Keymaster’s Tent in the southeast and go through the Light Blue Guard Tower leading to the King.

THe King’s generals are fairly tough so be wary of meeting them on the battlefield. The king himself will have about 30 Att and Def. Once he’s been defeated and you have all the enemy towns the campaign will be complete.