Foolhardy Waywardness is the sixth and final campaign in the Armageddon’s Blade expansion. It features a lost hero, Sir Christian, who shipwrecks on a small island. Luckily some of the orc natives are friendly and agree to help him if he helps them take over the island.

Christian must make it back to Erathian while defending against hostile enemies. Once back at an Erathian outpost he’ll arrive just in time to protect it from invading Regnan Pirates. This campaign consists of four scenarios and you’ll be playing mostly Stronghold and Fortress factions. 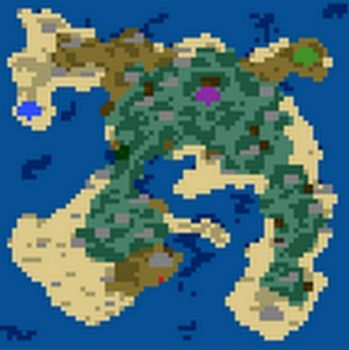 For the first scenario you need to build a Capitol in the town on the southeast corner of the island. Your starting bonuses are either 6 Orcs, +3 Attack or Basic Wisdom. At the start of the turn you shipwreck on the south coast of the island. Luckily the nearby Goblins are friendly and will join your army if you move into them. Take the first town just to the north of you. This town can’t build a Tavern so Christian is on his own for a little while.

You’ll need to move quickly to secure a decent town to defend. Make your way up to the Fortress town in the center. You may want to stop by a few huts to build your army. The Fortress town should hopefully be mostly undefended and if you get it at the end of the first week or beginning of the second you’ll be able to recruit a small army.

From here take the towns to the northeast and northwest to defeat the enemy factions. Now you can take your time as you make your way to the town to the southeast. Before you build a Capitol to to complete as many of the Seer requests as you can. Many of them will give you bonuses to your main stats. Once you build a Capitol to mission will be complete.

Their End of the Bargain 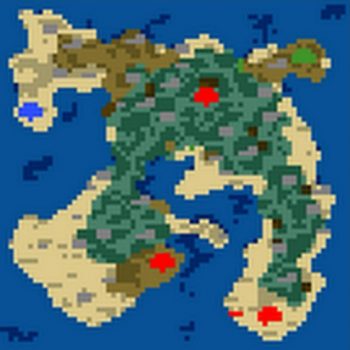 For this mission you begin with 8 Archers, +2 Power or the Bless Scroll as a starting bonus. You must defeat all enemies to continue. Christian is limited to 16th Level. Christian begins in a tavern in the center of the map where he’s accosted by a native. They work out an agreement. Christian will help him retake the island and he will help Christian leave.

You own the Stronghold town to the northeast and your ally is to the northwest. A Garrison is just to the west of your town and holds a good number of troops. You may want to hire a hero in the Ally’s town and use it to block your Blue Ally from leaving the area. This stops blue from running around, picking up all of your loot and defeating the enemy before you’re ready.

Hire a hero in your town to the northeast. Move through the Garrison and pick up all the troops. Use this hero to claim the red town in the center of the map. Bring Christian up and give him all the troops. Then send Christian down to the southeast to take the 2nd red town. Now there’s just one more red town to the southwest. Take your time to build up and bring Christian to Level 16 before completing the mission. Once again try to find all the artifacts for the Seers as some of them will boost your primary stats as a reward.

Here There Be Pirates

After travelling many days and nights Christian finds another small island. You begin with either 5421 Gold, +1 Att and +1 Def or 9 Rocs. Your goal is to defeat all four enemy factions.

Hurry Up and Wait 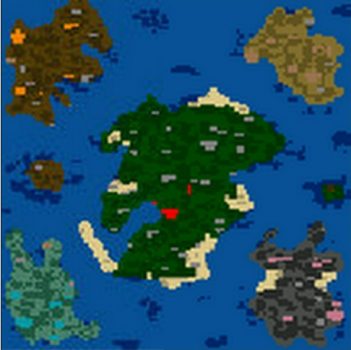