Armageddon’s Blade carries on from the main story and features Queen Catherine with her husband King Roland, as well as a warrior named Gelu. They must work together to find the Armageddon’s Blade and defeat the evil King Lucifer of Eeofol.

The campaign is comprised of 8 scenarios all played on medium or large maps. You’ll be introduced to the Conflux town with a different set of units to recruit. The most powerful is the Pheonix with the Rebirth ability. 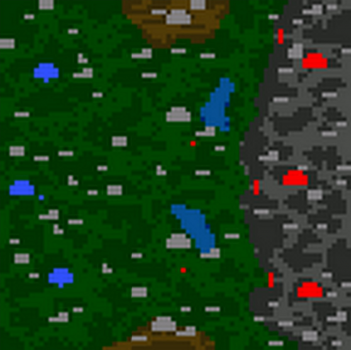 To complete this mission you must capture all enemy towns and defeat all enemy heroes. Queen Catherine must not be defeated. Your starting bonus is 30 Pikemen, 20 Archers or 8 Griffins.

You begin with 3 Castles on the western edge of the map. There are 4 neutral towns in the center and 3 enemy Inferno towns on the eastern edge.

You begin with large stacks of units either with your heroes or in your towns. You can use these to make your way east across the map and take the 2 neutral Castle towns. The Conflux town on the southern side should be easy to capture as well.

Shadows of the Forest 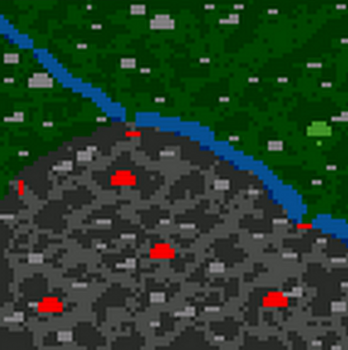 This mission is quite easy due to the large numbers of Sharpshooters. Your hero Gelu can train any archer unit into a Sharpshooter as long as you have the money. They only have one shot each round but do 8-10 damage each.

From the starting town visit the Homesteads and Archer’s Towers to recruit Archers. You don’t need to worry too much about other units. When you have the gold upgrade them to Sharpshooters although money will be an issue for most of this scenario.

Make your way northwest to the Conflux town and then west across the river to the other Rampart town. It has a Capital so your money problems should be over by now. Take Gelu and his Sharpshooters through the enemy garrison and capture the 4 Inferno towns to complete the mission.

Gelu is limited to 12th level and will go with you to some of the future scenarios. 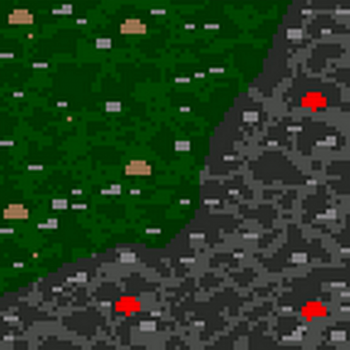 For this mission you play as Xeron and must find the parts to build the Armageddon’s Blade. You don’t need to defeat the 3 enemy heroes, you only need to find the Sword of Hellfire, Breastplate of Brimstone and the Shield of the Damned.

Xeron is limited to 12th level but you may not want to build him up too much as you’ll be fighting against him in a later scenario. The three Inferno towns have Castle Gates so you can take one hero to collect all the units from all of your towns.

Clear out the surrounding neutral creatures and build up your resources until you can recruit Devils. You should be able to do this by the end of the 3rd week. Build up your army and take a hero west and then north to find the needed items. All the items are close to the western edge of the map. Once you have them the mission will be complete. 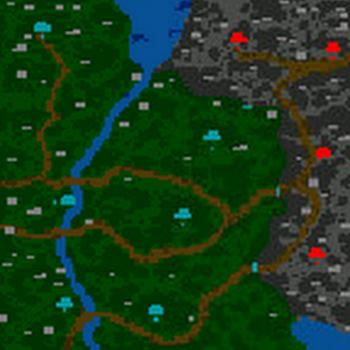 You begin this mission with 4 Inferno towns and must visit the variuos tents so you can get through the guardhouses underground. The Inferno towns have Town Gates which makes it easy to teleport a hero around to all of them and collect a large number of units.

The Black Tent can be found to the southwest of the town of Azrael Field. Next to it you’ll also find a Forsaken Palace where Devils can be recruited.

There are 6 Conflux towns to the west of your territory. Build up to a Forsaken Palace in at least a couple of your Inferno towns. Send out an army through the Garrison and begin taking over the enemy towns. The next week send out another army and then a third army. You should quickly overwhelm the enemy.

Search for the coloured tents and then combine your army to head underground. The tunnel is somewhere near the center of the map. Take the northwest tunnel to find Inteus and defeat him. Visit the hut and the Purple Tent nearby and then a take the southwest tunnel. This takes you to the hut where the Armageddon Blade can be crafted.

Return of the King 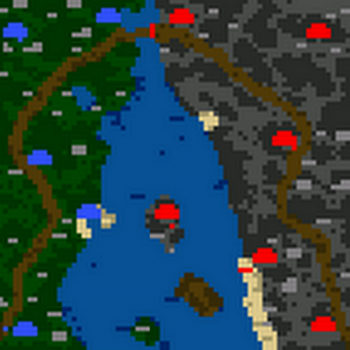 For this mission you start on the western shore of a great lake with with the heroes King Roland and General Morgan Kendal. Both start at level 11. You can choose either the Loins of Legion, Upgraded Monastery or 5 Zealots as your starting bonus. I went for the upgraded monastery.

Roland begins in the southwest corner near a castle with a decent sized army, including 5 Angels! The castle in the center of your lands already has a Portal of Glory so you can recuit more angels.

Gather your forces together and bring King Roland up to the north. Explore the area as quickly as you can and by the end of the first week you’ll want to break through the garrison. A largely undefended Inferno castle should be just on the other side of it. Keep heading east for a second Inferno castle in the northeast corner.

From here gather reinforcements if you need to and head down south. The enemy heroes will have quite large armies as well so be careful. Take the remaining 3 towns as you sweep down south. Sail across to the center of the lake for the final Inferno town. Make sure Roland has leveled up as much as you want before defeatin the final town because you’ll be using him in a later scenario.

A Blade in the Back 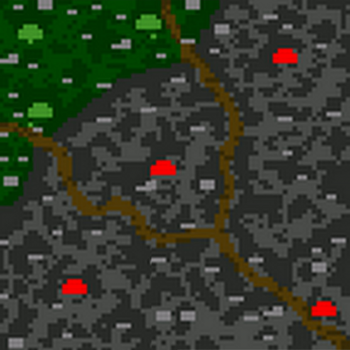 You begin with 2 Conflux towns and one Rampart in the northeastern corner of the map. The enemy has 4 Inferno towns scattered across the rest of the map. Gelu is assisted by Ciele and Erdamon, both level 18 heroes.

Send Gelu into the Rampart and grab the Grand Elves and Green Dragon. When you have the Gold you’ll want to upgrade the Grande Elves to Sharpshooters. Explore the starting area and gather up the resources and armies.

Sometime during the 2nd week you’ll want to break through the guarded paths leading south. Gelu should be able to take the Inferno towns quite easily while Ciele and Erdamon stay at home to protect your own towns. If you feel like the enemy is under control send out another hero to take some of the other towns or to bring reinforcements for Gelu. If you move quickly the enemy will not have much time to build up.

To Kill a Hero 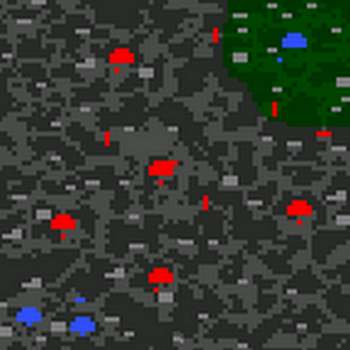 For this scenario you must defeat the hero Xeron. He has the same stats and spells as when you leveled him up earlier in the campaign. This mission can be completed very quickly if you make a beeline straight for Xeron in the center of the map. You may want to spend some time levelling up Gelu, Catherine and Roland as you’ll be using them for the final scenario.

Roland and Catherine start by the 2 Conflux towns in the southwest corner of the map. Gelu is up on the northeast corner with another Conflux town. Walk into the 2 stacks of Sharpshooters and they’ll join Gelu. There’s 200 in total!

Gelu may be powerful enough to go straight for Xeron. Grab whatever else you can from the town and start exploring. A dimension door goes from your area in the southwest to Gelu in the northeast and back again. You can use this to pool your army together if you don’t have the Town Portal spell.

If you want to negate Xeron’s use of the Armageddon’s Blade take Gelu to the northwest corner and go through the Blue Gate. The Blue Tent is near Gelu’s starting area. Inside you’ll find the Orb of Inhibition. This stops all spells from being cast during combat. Find Xeron and take him out to win the scenario. You will take all items with you to the final scenario of the campaign. 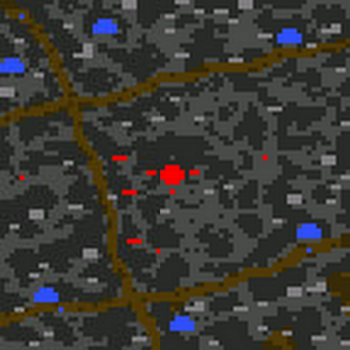 For the final mission you need to transport the Armageddon’s Blade to the town of Kreelah in the center of the map. Hopefully one of your heroes has Town Portal so you can quickly gather your forces together or defend your towns when you see an enemy get close. If not you’ll have to be careful to protect your towns from powerful wandering enemy heroes.

You can choose 10 Pheonixes, 75 Sharpshooters or 25 Magic Elementals as a starting bonus. You’ll also have Catherine, Roland and Gelu with 6 Conflux towns surrounding the one enemy Inferno town.

Move quickly to gather your forces together. Once you have a large army head the easiest way to win is ignore the enemy heroes with large stacks of units and go staright for the central town of Kreelah. Once you take Armageddon’s Blade to Kreelah you’ll win the campaign.