Seeds of Discontent is the final campaign in the Restoration of Erathia and is only available once you’ve completed the previous six campaigns. Once you complete Song for the Father you’ll be taken to the main menu. Load your last save game after completing Song for the Father and you’ll be taken to the campaign screen where Seeds of Discontent should be available.

The inhabitants of the Contested Lands between AvLee and Erathia want to declare independence. The elves and humans of the regions band together to defend their new kingdom. You’ll need to find the Grail and then take it to the town of Welnin. Finally you’ll need to build a Capitol in Welnin and protect it from enemy factions.

To win this mission you must find the Grail within 2 months. You can choose 5000 Gold, 4 Pegasi or Boots of Speed as a starting bonus. I would recommend the Boots of Speed.

There are no enemy heroes on this map, only neutral creatures. You’ll need to build up an army by visiting the unit houses and find the 5 obelisks to reveal the location of the Grail. The town in the center can’t be used to recruit units.

Start by clearing out the neutral creatures and clearing the paths on either side of the town. Break through the garrisons and make your way around to the center just above the town to find the Dragon Roost. Use the Hill Fort to upgrade all of your creatures. Have heroes positioned to recruit new units each week then bring them up to the main hero. When you are ready push north to the clearing where the Grail is buried. If you have a few upgraded dragons and other creatures you should be able to deal with the Angels guarding the Grail. 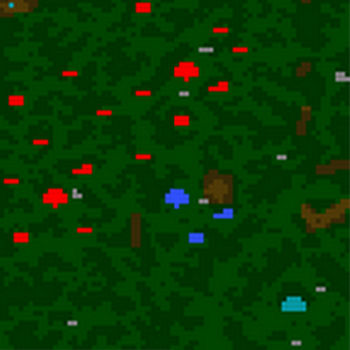 To win you must bring the Ranger Ryland with the Grail to the town of Welnin in the southeast. This is quite an easy mission as Swordsmen and Dendroids will join you as you make your way south. You can take over the enemy towns if you want, or just leave them and continue on to Welnin.

You’ll have one random hero at the town of Welnin. You can purchase more heroes each week to build up a bit of an army. The town should be safe and you can venture out if you have the units.

Once Ryland reaches Welnin go to the town center and visit the Town Hall to place the Grail and complete the mission. 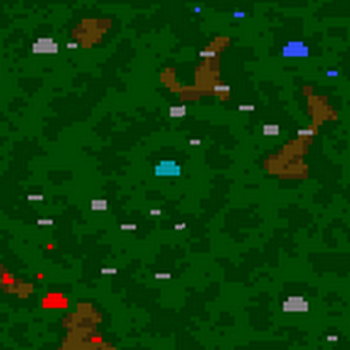 To complete the final mission of the campaign you’ll need to build a Capitol in to the town of Welnin. It’s a fairly easy mission although bandits will steal wood and gold from you every few days.

Choose either the 12 Wood or 6 Dendroid Guards as a bonus. If you chose the wood build a Marketplace, Mage Guild Level 1 and Blacksmith. Extra wood can be found around the starting area and there’s more once you break out of the inner circle.

Once you have the Marketplace you can trade resources for more wood until you can build the Castle and the Capital. The Grail provides a regular income of 5000 Gold so you can always trade gold for wood if you need to. Once the Capitol has been built this campaign will be complete.